Mitchell Miller, 20, of Sylvania, Ohio, achieved multiple single-season and career organizational records by the end of the 2021-2022 regular season. He became the first defenseman in the league’s history to score more than thirty goals and notch more than eighty points in a single season. He finished the year with eighty-three total points after scoring thirty-nine goals and recording forty-four assists. His twenty-one powerplay goals were the most scored by any player in the USHL this season, and were the most netted by a Storm player during a single season in the organization’s twenty-two-year history. His ten game-winning goals during the 2021-2022 season were the most scored by any player during a single season in the Storm’s history. Miller was also an All-USHL First Team selection for the 2019-2020 season.

Jeremy Wilmer, 18, of Rockville Centre, New York, broke the Storm’s single-season assists record on March 19th, 2022, in Tri-City’s 4-2 road victory over the Waterloo Black Hawks at Young Arena. The assist was his fiftieth of the season. Wilmer broke the Storm’s single-season points record on April 9th, 2022, in a multiple assist effort, in the Storm’s 3-2 home victory over the Sioux City Musketeers at the Viaero Center. Wilmer recorded thirty-one multiple-point games during the 2021-2022 regular season, the most during a single season in team history. He also finished the year with thirty assists on the powerplay, setting a new organizational record for most powerplay assists in a single season. His plus/minus rating of +37 was the highest among Storm forwards this season.

Arsenii Sergeev, 19, of Yaroslavl, Russia, won his first career USHL game in net for the Storm on September 23rd, 2021, in Tri-City’s 3-2 overtime victory over the Dubuque Fighting Saints at the 2021 USHL Fall Classic. He recorded his first career USHL shutout on October 9th, 2021, in the Storm’s 3-0 home victory over the Omaha Lancers at the Viaero Center. Sergeev won ten of his first eleven games in goal for Tri-City this season. He won nine consecutive games in goal for the Storm on two separate occasions. Sergeev set a new organizational record for most wins in net in a single season on April 2nd, 2022, in the Storm’s 5-4 home win over the Sioux Falls Stampede at the Viaero Center. Sergeev finished the 2021-2022 regular season with thirty wins in goal, the most ever by a Tri-City goaltender in a single season.

“These three players are guys who took full advantage of the development system we have in place here in Kearney, and they got results because of it. We are proud to see them selected to this year’s All-USHL First Team.” – President of Hockey Operations/Head Coach Anthony Noreen 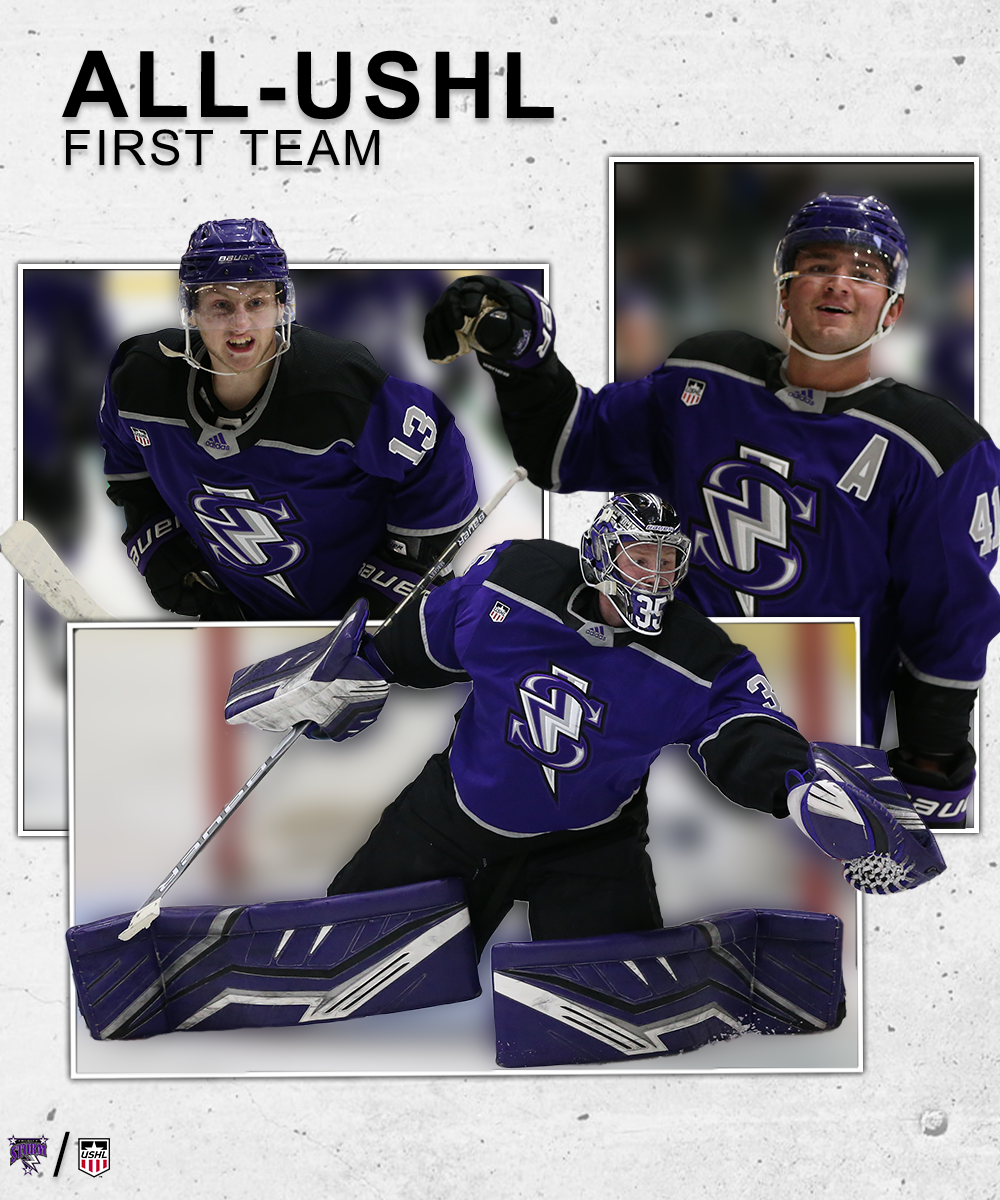