Anthony Noreen, of Chicago, Illinois, guided the Storm to an overall record of 47-11-3-1, and a second consecutive Western Conference Regular Season Championship. The ninety-eight points recorded in the standings by this year’s team tied the USHL’s Tier I era (2002-Present) record for most points in a single season. Tri-City’s forty-seven wins set a new team record for most in a single season, and the Storm’s eleven regular losses set a new organizational record for the fewest in a single season. This year’s Storm team won eleven straight games from December 31st, 2021, to February 5th, 2022. The winning streak set a new record for the longest in team history. The 2021-2022 Storm team tied the organization’s record for the longest points streak (thirteen games), and the longest home winning streak (ten games). Tri-City’s twenty-seven home wins this season were the most in the organization’s twenty-two-year history. The Storm also set new records for most home points (fifty-five), and most road points (forty-three) notched in a single season in team history. Tri-City also set new organizational records this season for most goals scored (two hundred and sixty), most assists recorded (four hundred and seventy), and most points recorded (seven hundred and twenty-nine). The Storm also set a new record this season for the highest combined plus/minus rating (+395). Tri-City’s eighty-three powerplay goals this season were the most in a single season in organizational history.

“I feel honored and humbled to win this award. I have the utmost respect for the USHL, my peers, and the great men who have come before me in this league. This is an organizational award that can only be achieved when you are supported and surrounded by special people. The support Dave Vennetti, Mark Jalcovik, Andy Bloomer, and Stan Bowman give us is second to none, and they are truly in this for the right reason. Mike Lucas and our front office/arena staff are selfless in what they do, and always put what is best for this team first. What Jason Koehler does behind the scenes, and the job he has done scouting and attracting players is elite. Shawn Sramek, David Nies, Sam Povorozniouk, Tyler Cook, Adam Strecker, Trey Hibberd, Kendall Grayson, Bob Haller, and Matt Zaba put the development of our players first at all times, push each other, and make for a great work environment. Jeff LoVecchio, Ryan Ward, Karl Linden, Robbie Murden, Joe Meloni, Niko Kapetanovic, Marco Trevino, and Nick Perry were integral to our organization this season. Also, Scott White and our billet families, as well as the best fans in the USHL, make our players feel at home and give us a true home-ice advantage. Finally, our players this year will never be forgotten. Our staff loves this group and cannot say enough about the way they came and worked every day, their commitment to one another, and the bond they formed.”- President of Hockey Operations/Head Coach Anthony Noreen

“It has been an incredible week for the Tri-City Storm organization, and something to feel really proud and honored to be a part of. Anthony has a huge role, if not the most important role in the organization. He is an unbelievable coach and an even better person. I cannot name all the things that the team did this year, but it was unbelievable. He knows how to get the best out of everyone on the ice and on his staff. We are fortunate to have Anthony leading our hockey operations and this is an unbelievable achievement for Anthony.”- President of Business Operations Mark Jalcovik

“We are extremely fortunate to have what I deem the best coach in junior hockey in Anthony Noreen. The results this season speak for themselves with our club's various team and individual records which are a result of the environment that Coach Noreen creates every day here (and every season). Our players not only improve while playing and developing in Kearney, but also learn to grow as competitive and successful young men and leaders on and off the ice which is just as important as wins, college commitments, and NHL draft prospects for our club. Coach Noreen, most importantly, provides a daily environment where the players are excited to get to the rink every day and have fun. That energy is addictive throughout the team and staff within our organization which translates to on-ice success. Coach Noreen is a huge asset for us here in Tri-City, but also to the USHL and junior hockey in the United States.” – General Manager Jason Koehler 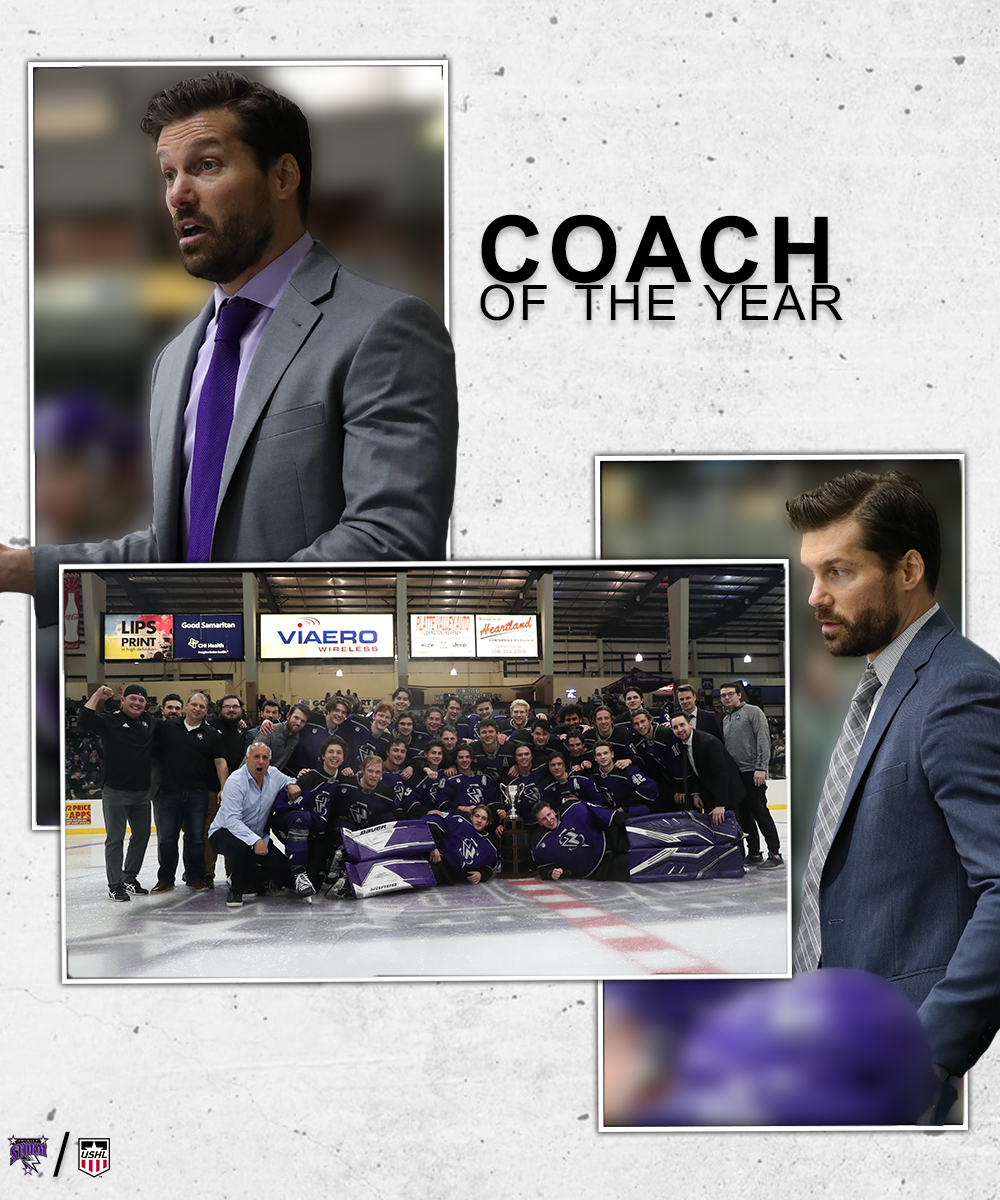