Tri-City (#1 Seed, 2-0-0) hosts Sioux City tonight and tomorrow night at the Viaero Center for the opening two games of the Western Conference Finals series after outscoring the Omaha Lancers by a combined margin of 11-4 in the previous round of the postseason. Ilya Nikolaev scored four goals in the series, and was named the USHL’s “Forward of the Week” for the Conference Semifinals round of the postseason yesterday afternoon. Ilya Nikolaev (4), Cole O’Hara, Mitchell Miller, Kieran Cebrian, Dane Dowiak, Victor Czerneckianair, Josh Eernisse, and Lleyton Roed all netted goals for the Storm in the team’s most recent round of the playoffs. Arsenii Sergeev stopped thirty-six of forty shots faced in back-to-back games in net for the Storm. He posted his first career USHL postseason shutout in the Storm’s series-clinching 4-0 road victory over the Lancers on Sunday. Tri-City will host Game #2 of the Western Conference Finals tomorrow at the Viaero Center at 7:05pm CT.

Sioux City (#2 Seed, 2-1-0) won Game #3 of the Western Conference Semifinals against the Waterloo Black Hawks on Tuesday night to advance to the next round of the postseason. Ben Steeves (3), Luke Antonacci, Tomi Leppanen, Tabor Heaslip, and Bennett Schimek scored goals for the Musketeers in the last round of the playoffs. Alex Tracy stopped sixty-three of sixty-six shots faced through the first three games of the playoffs in net for the Musketeers. Sioux City posted a regular season record of 41-16-4-1. The Musketeers finished eleven points behind the Storm for second place in the Western Conference standings. Sioux City posted wins over Tri-City on October 22nd, December 18th, and April 8th. The Musketeers finished the 2021-2022 regular season with a 3-5-1-0 record in head-to-head matchups against the Storm. Sioux City will host Game #3 and Game #4, if necessary, on Tuesday, and Wednesday. Tri-City will host Game #5 at the Viaero Center on Thursday, if necessary. 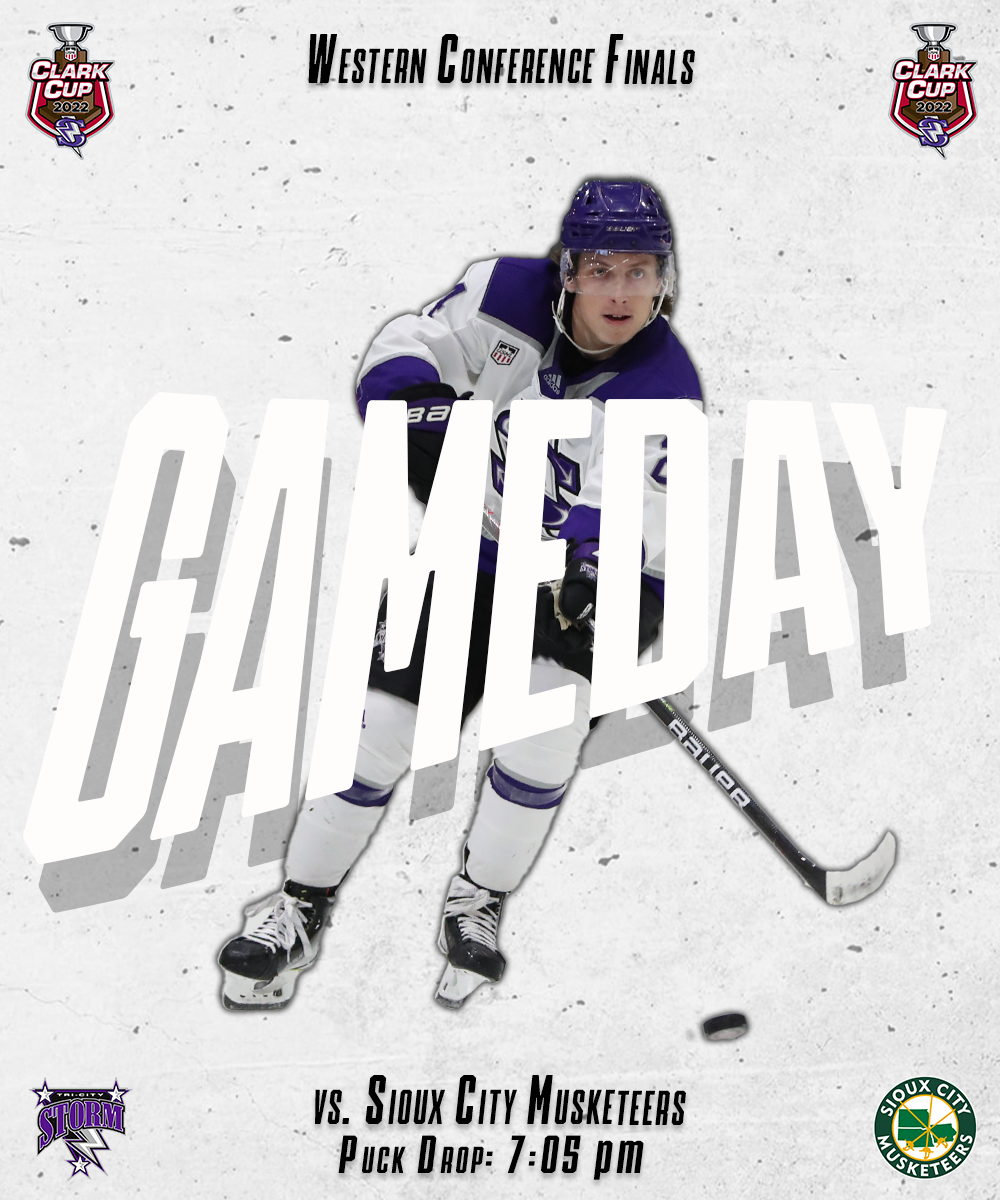