KEARNEY, NE. – Tri-City Storm forward Ilya Nikolaev has been named the USHL’s Forward of the week for the first time in his career following the Conference Semifinals Round of the 2022 Clark Cup Playoffs. Nikolaev scored twice in Game #1 and Game #2 in the Storm’s Western Conference Semifinal matchup against the Omaha Lancers. He netted the game-winning goal in each of the Storm’s playoff victories. Storm players won eight weekly league awards during the 2021-2022 regular season. Nikolaev’s Forward of the Week honors marks the first time a Tri-City player has been honored with a weekly award during the 2022 Clark Cup Playoffs.

Ilya Nikolaev, 20, of Yaroslavl, Russia, was the only Storm player to net multiple goals during the team’s two-game sweep of the Omaha Lancers in the 2022 Western Conference Semifinals. He netted two goals and notched two assists during Tri-City’s 7-4 win over Omaha in Game #1 of the series at the Viaero Center. He also finished the game with a plus/minus rating of +4. Nikolaev was named the 1st Star of the Game in Tri-City’s opening playoff victory. Nikolaev scored the opening two goals of Game #2 of the 2022 Western Conference Semifinals on Sunday. He finished the game with a plus/minus rating of +2. Nikolaev scored four goals and recorded two assists through the Storm’s opening round of the postseason. He finished the weekend with a plus/minus rating of +6. He is tied with linemate Cole O’Hara for the most points recorded by a Storm player this postseason (6). Nikolaev scored twenty-three goals and notched forty-nine assists during the regular season. He was one of four Storm players who recorded more than one point per game (1.24) during the regular season. Nikolaev was selected 88th overall in the 3rd round of the 2019 NHL Draft by the Calgary Flames.

“I am glad to receive this honor, but this is an award that reflects on my line, and the entire team. It was a great weekend, and each of us is determined to do what we have to do to win.”- Forward Ilya Nikolaev

“Ilya has been one of the best and most consistent forwards in the league all season. Your best players need to perform at a high level in order to have success at this time of the year, and Ilya was the best version of himself in the second round.”- President of Hockey Operations/Head Coach Anthony Noreen 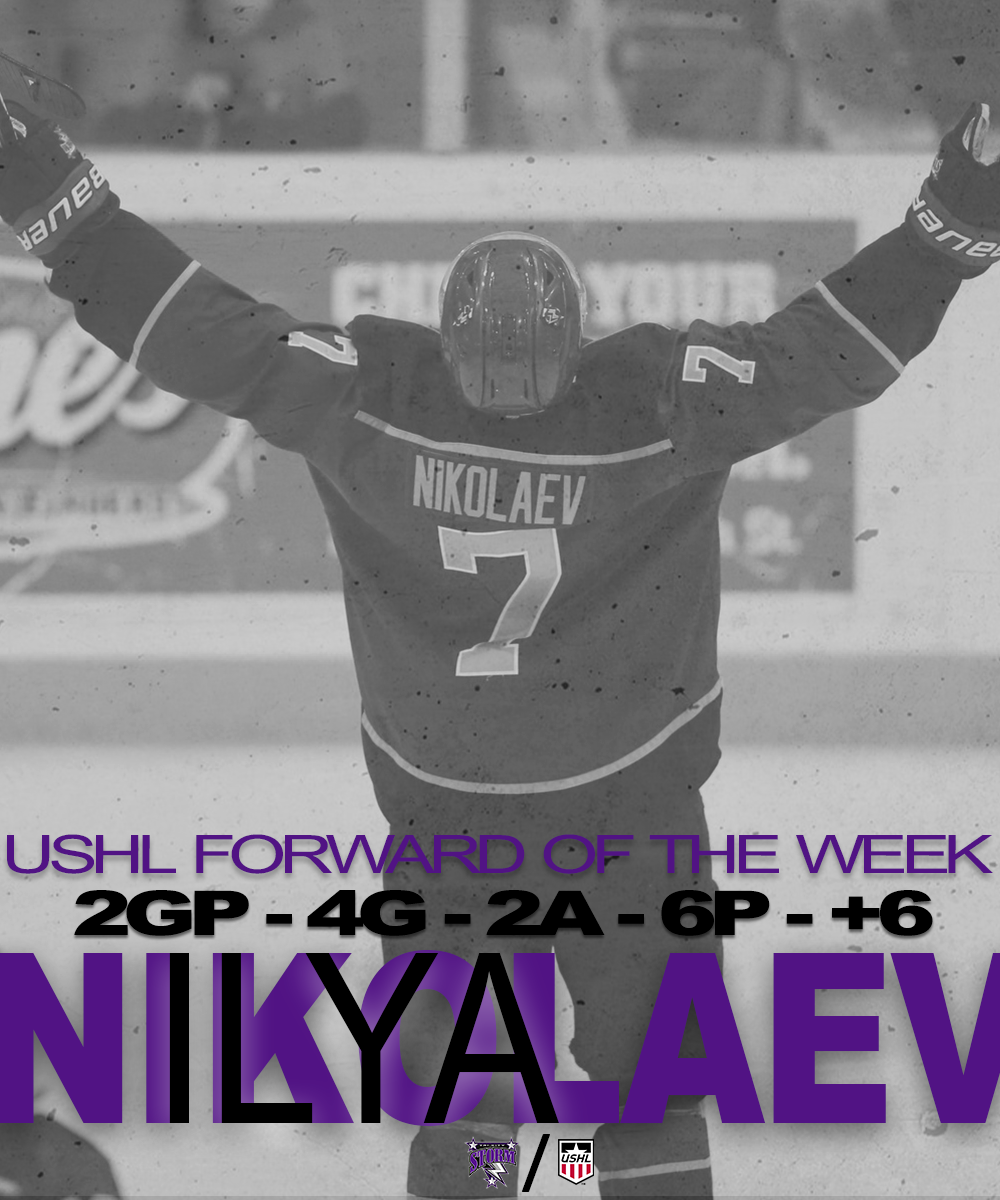