Storm hits the road for Game #2 of Western Conference Semifinal

RALSTON, NE – The 2022 Western Conference Semifinal between the Tri-City Storm and the Omaha Lancers shifts to the Liberty First Credit Union Arena this afternoon following last night’s 7-4 win at the Viaero Center. The Storm hits the road for today’s matchup seeking a single win in the best-of-three series to advance to this year’s edition of the Western Conference Final. Puck drop for today’s rivalry game in the second round of the postseason is scheduled for 4:05pm CT.

Tri-City (#1 Seed, 1-0) opened postseason play last night by winning a high-scoring game on home ice in Kearney. Ilya Nikolaev recorded his first career multi-goal postseason game in the win for the Storm. Kieran Cebrian, Victor Czerneckianair, Mitchell Miller, and Josh Eernisse also scored goals in the game for Tri-City. Last night’s game was the first of the postseason for the Storm after the team received an automatic first-round bye after finishing as one of the top-two teams in the USHL’s Western Conference standings during the 2021-2022 regular season. Tri-City’s seven goals scored were the most netted by any team in a single game to this point in the 2022 edition of the Clark Cup Playoffs. Nearly three thousand fans filled the Viaero Center to watch Tri-City’s debut performance of the postseason. Arsenii Sergeev notched the victory in goal for the Storm last night. Tri-City finished the game 1/5 on the powerplay, and 2/4 on the penalty kill. A Storm win in today’s game would give the team its first appearance in the Western Conference Final since the 2019 Clark Cup Playoffs.

Omaha (#4 Seed, 2-1) is on the brink of elimination, and now faces a must-win situation in this afternoon’s home game against Tri-City following Saturday’s three-goal road loss at the Viaero Center. The Lancers have not lost a home game to this point in the 2022 postseason after sweeping the Fargo Force in back-to-back games earlier this week at the Liberty First Credit Union Arena. Evan Werner scored a hat trick in last night’s game for Omaha, and enters today’s game with the league lead in postseason goals netted (5). Alex Bump also scored a powerplay goal during the 2nd period of last night’s game for the Lancers. Kevin Pasche dropped a game in net for the first time in the Clark Cup Playoffs after making 34 saves on 40 shots. A win this afternoon over the Storm for the Lancers would force a decisive Game #3 at the Viaero Center on Tuesday night.

Today’s game is set to begin at 4:05pm CT and will be broadcast on HockeyTV, and Storm Radio. #StormAhead 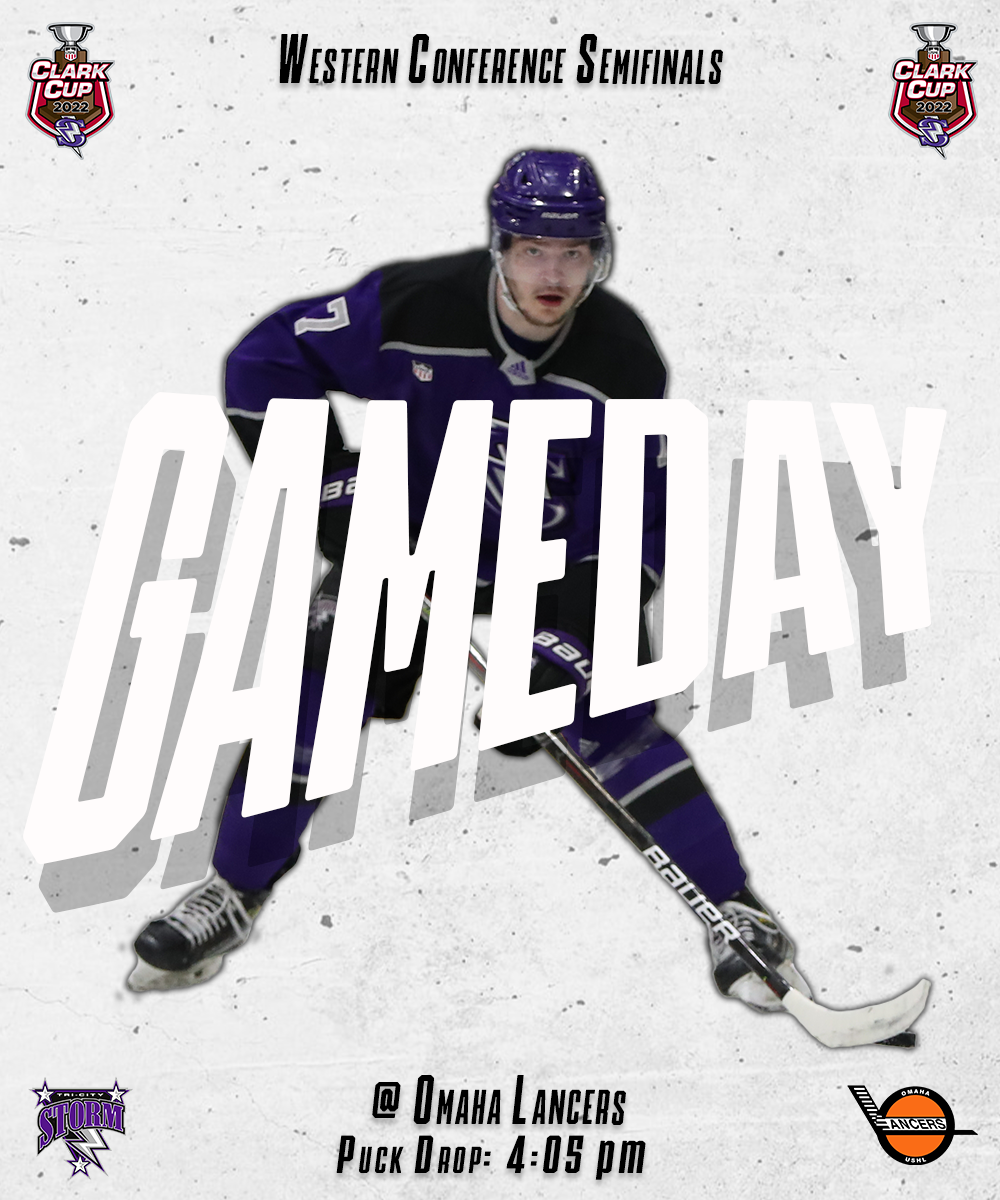