KEARNEY, NE – The Tri-City Storm is set to play its opening game of the 2022 Clark Cup Playoffs on home ice tonight at the Viaero Center in Game #1 of the Western Conference Semifinals against the Omaha Lancers. The first 2,000 fans at tonight’s game will receive a rally towel courtesy of the Chesterman Company & Coca-Cola. Tickets are going fast for tonight’s game, but are still available, and can be purchased online at www.StormHockey.com, or by calling the Viaero Center Box Office during Box Office Hours at 308-338-8144. Puck drop for tonight’s playoff game is set for 7:05pm CT.

Tri-City (#1 Seed, 0-0) returns to the Clark Cup Playoffs following the third Anderson Cup Championship title in the organization’s twenty-two year history during the regular season. This year’s Storm team set multiple team and individual records during the 2021-2022 season. Tri-City finished the regular season with a final record of 47-11-3-1, the best in organizational history. This year’s team set a new team record for most wins (47), fewest amount of regulation losses (11), most home wins (27), most home points (55), most road points (43), and most points (98). The Storm’s 98 points during the regular season tied a USHL Tier I Era Record (2002-Present) for most points recorded by any team during regular season play. Mitchell Miller set new USHL records for most goals (39), powerplay goals (21), and points (83) recorded by a defenseman in a single season. Jeremy Wilmer captured the 2021-2022 USHL scoring title by finishing the regular season with the most points recorded by any player in the league this season (98). Wilmer set new organizational records for the most assists (73), and most points (98), ever recorded in a single season by a Storm player. Arsenii Sergeev led the USHL in wins this season, and set a new organizational record for most victories by a goaltender during a single season in Storm history (30). Tri-City finished as one of the top-two teams in the USHL’s Western Conference standings this season, and received an automatic first-round bye to advance to the Western Conference Semifinal round of the postseason.

Omaha (#4 Seed, 2-0) posted a two-game sweep of the Fargo Force in the opening round of the 2022 Clark Cup Playoffs to advance into a best-of-three Western Conference Semifinal series against Tri-City. The Lancers finished the 2021-2022 regular season with a final overall record of 30-26-4-2. Omaha won three of ten games played against Tri-City during the regular season, but was one of only three teams to win a game in regulation at the Viaero Center this season. Omaha opened the postseason with a 5-2 win over Fargo on Monday night. The Lancers posted a 4-2 win over the Force on Tuesday to advance in the playoffs. The series victory was the first for Omaha since the team defeated Tri-City in the opening round of the 2010 Clark Cup Playoffs. Evan Werner (2), Michael Cameron, Nate Benoit, Cam Mitchell, Morgan Winters, Jared Wright, Alex Bump, and Tanner Rowe have all netted goals for the Lancers to this point in this postseason. Omaha will host the Storm tomorrow for Game #2 of the series. Puck drop for tomorrow’s game is set for 4:05pm CT. 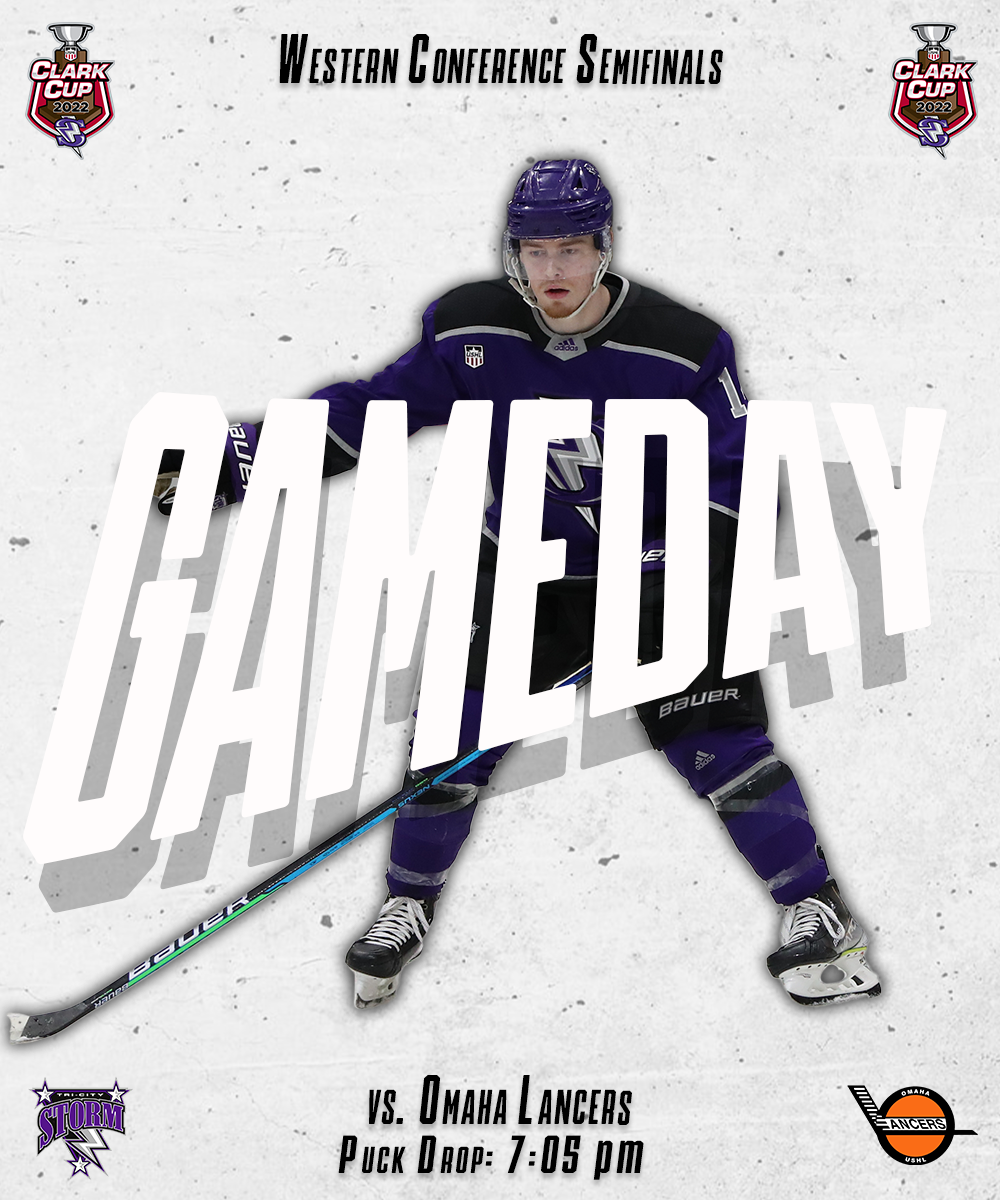