Mitchell Miller, 20, of Sylvania, Ohio, scored a powerplay goal in the 1st period of Tuesday’s 8-3 home victory over the Fargo Force. He also notched an assist on Dane Dowiak’s 1st period powerplay goal, and also recorded an assist on Dowiak’s even-strength goal in the 3rd period. Miller scored a shorthanded goal during the 3rd period of Friday’s 5-2 home win over the Lincoln Stars. He also notched an assist on Dane Dowiak’s 3rd period even-strength goal. Miller finished the week with two goals, three assists, and a plus/minus rating of +3. He finished the 2021-2022 regular season by leading all league defensemen in Goals (39), Points (83), Points-Per-Game (1.38), Game-Winning Goals (10), Powerplay Goals (21), Shorthanded Goals (2), Plus/Minus Rating (+43), and Shots (254). Miller broke multiple single-season records for the Storm organization including most Goals (39), Game Winning Goals (10), and Powerplay Goals (21).

“Being named the USHL’s Defenseman of the Week for the final week of the regular season is awesome, but my only focus right now is bringing a second Clark Cup Championship to Kearney with my teammates. I am super happy with what I have accomplished this year, but none of that would be possible without my teammates or coaches. I think our team had one of the best regular seasons any team has had in recent years in the USHL, and I am very proud of my teammates for all of our team’s success. I am looking forward to the atmosphere and competitiveness during the playoffs.”– Defenseman Mitchell Miller

“What Mitchell has done week in, and week out, has been incredible. I have been extremely impressed with his work defensively, whether it is penalty killing or shutting down at the end of the game. He is making a big impact not only with his point production but his defensive play. He does not take a rep off in practice no matter the drill. This award is a nice honor for the work he puts in.– Assistant Coach David Nies 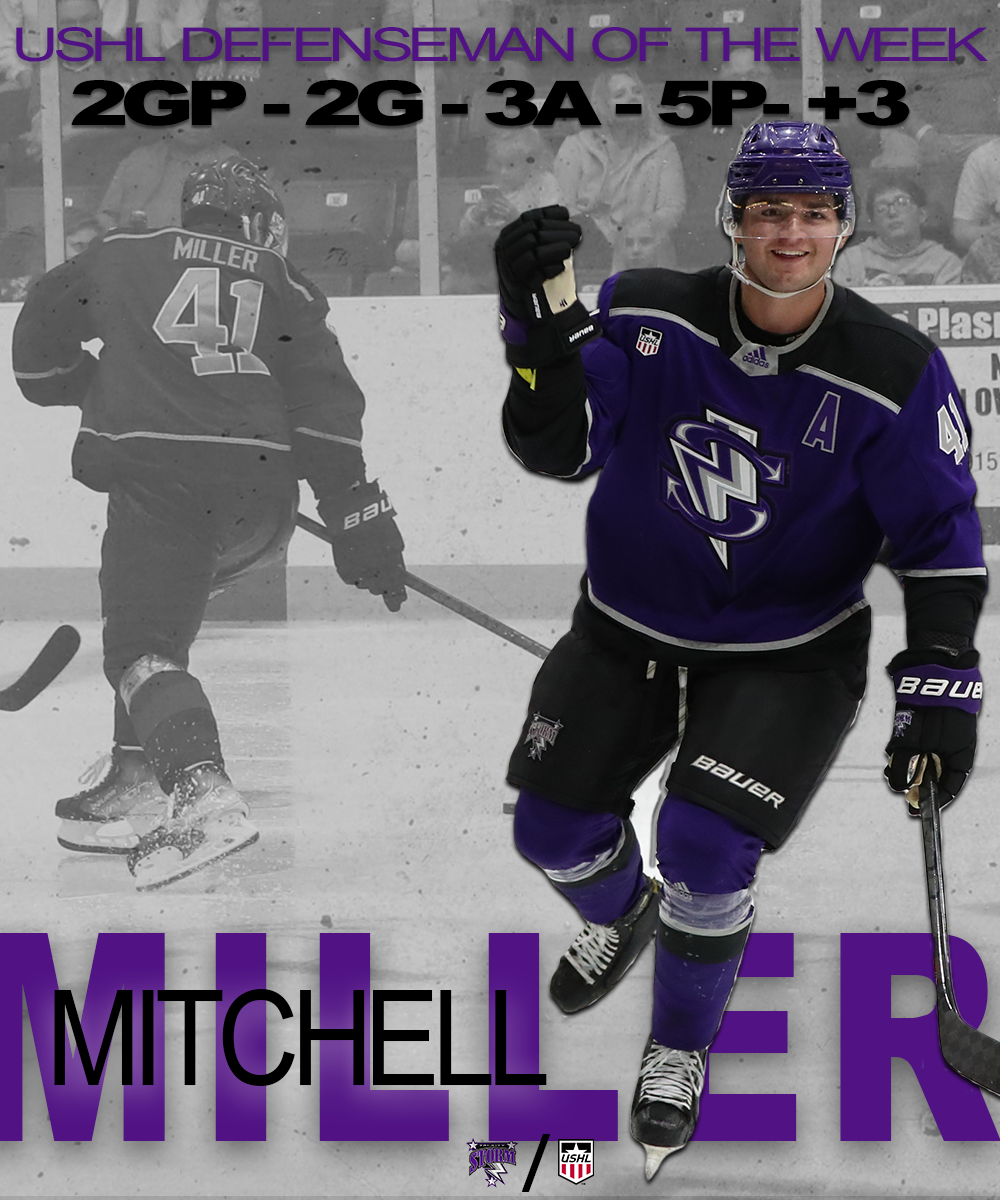