SIOUX FALLS, SD – The Tri-City Storm seeks to push its point streak to ten games following last night’s Anderson Cup Championship clinching victory over the Omaha Lancers. The Storm is 7-0-1-1 during the current nine-game point streak. Tonight’s road game against the Sioux Falls Stampede is the Storm’s final game of the weekend. Puck drop for tonight’s game at the Denny Sanford PREMIER Center is scheduled for 6:05pm CT.

Tri-City (44-10-3-1) clinched a regular season title for the third time in the organization’s twenty-two year history in last night’s 6-2 road win over Omaha. Graham Gamache netted his first career hat trick in the win. Dane Dowiak, Jeremy Wilmer, and Ilya Nikolaev also scored goals in the game for the Storm. Arsenii Sergeev made 21 saves on Omaha’s 23 shots to record his league-leading 29th win of the season in net for Tri-City. Tonight’s game is the final meeting of the season between the Stampede and the Storm. Tri-City has won seven of the previous eight games played between the two teams this season. The Storm holds a 17-9-1-0 record in head-to-head games against the Stampede over the past five years. Scoring leaders for Tri-City entering the final four games of the regular season include Mitchell Miller (37), Cole O’Hara (24), Jeremy Wilmer (23), Ilya Nikolaev (23), and Lleyton Roed (22).

Sioux Falls (17-35-3-3) enters tonight’s home game against Tri-City as the last place team in the USHL’s league standings. The Stampede has lost seven consecutive games to the Storm this season after opening the season series with a win over Tri-City at the Viaero Center on October 23rd. Sioux Falls dropped last night’s home game to the Waterloo Black Hawks by a final score of 7-3. Jack Silich, Karsen Dorwart, and Daniel Russell scored goals for the Stampede in the loss. Isak Posch made 31 saves on 38 shots and recorded the loss in net for the Stampede in last night’s game. Scoring leaders for Sioux Falls entering the final four games of the season include Daniel Russell (19), Michael LaStarza (15), Sam Harris (13), Maddox Fleming (9), Garrett Pinoniemi (9), and Clint Levens (9). 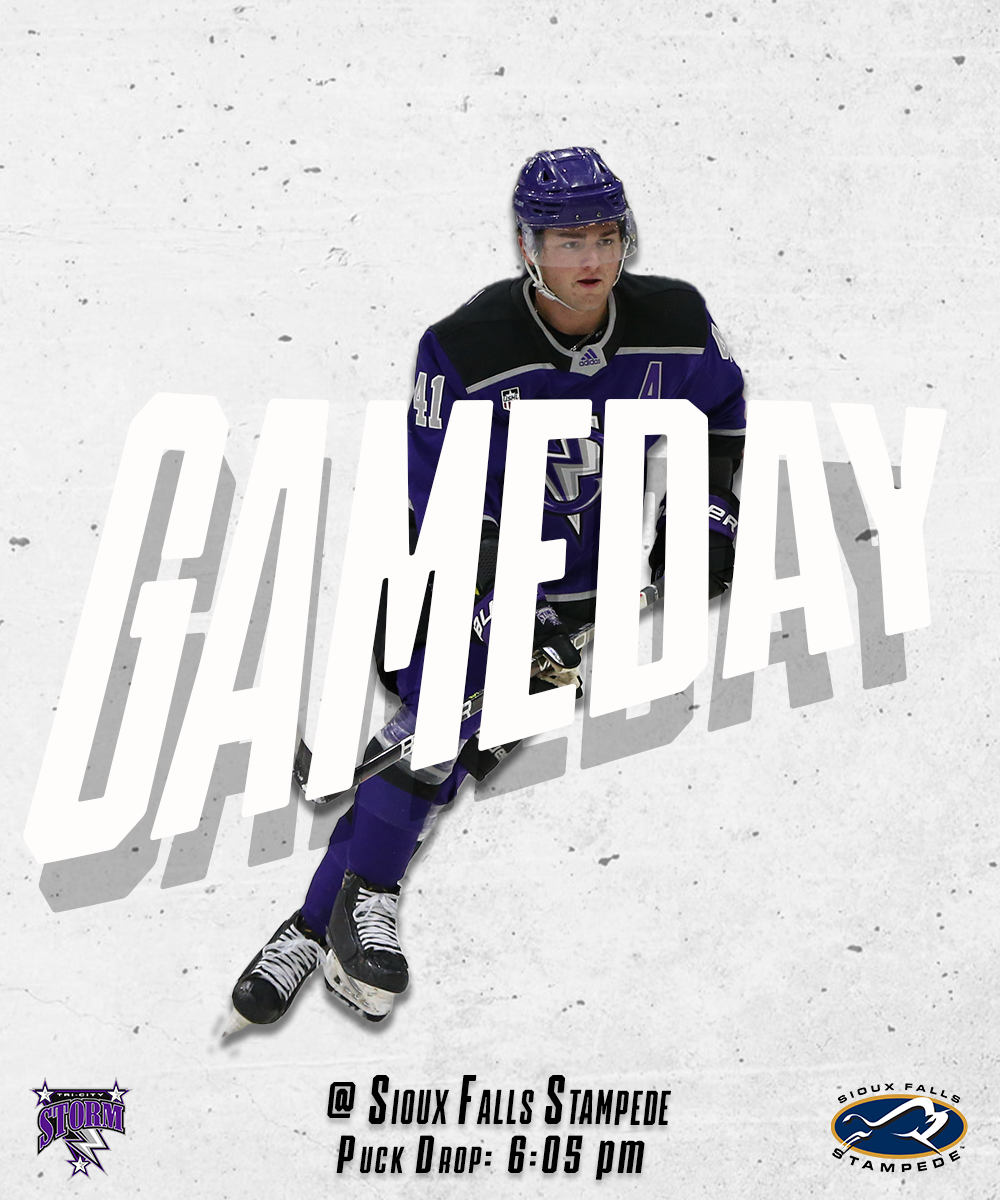