RALSTON, NE – The Tri-City Storm hits the road this weekend in pursuit of the third Anderson Cup Championship in organizational history. One point in the standings this weekend will give Tri-City a regular season title and the #1 overall seed in the 2022 Clark Cup Playoffs. The two-game road trip includes tonight’s game against the Omaha Lancers and tomorrow’s game against the Sioux Falls Stampede. Puck drop for tonight’s road battle against in-state rival Omaha at the Liberty First Credit Union Arena is scheduled for 7:05pm CT.

Tri-City (43-10-3-1) collected five of a possible six points in the standings in last weekend’s three-game home series against the Sioux City Musketeers. The Storm now carries a seven-game point streak into tonight’s game against the Lancers. Tri-City can clinch an Anderson Cup Championship with a win, an overtime loss, shootout loss, or a Chicago Steel loss in the team’s road game against the Youngstown Phantoms. In Sunday’s home game against Sioux City, this year’s Storm team set a new organizational record for the most goals scored in a single season. The Storm has now netted 236 goals during the 2021-2022 regular season following Sunday’s 8-6 home victory over the Sioux City Musketeers. Tri-City also clinched the fifth Western Conference Regular Season Championship in the organization’s twenty-two year history in Sunday’s win at the Viaero Center. The Storm has produced a 24-14-4-1 record against the Lancers in head-to-head matchups over the last five seasons. Tri-City won last year’s regular season series with a final record of 6-3-0-0. Tri-City is also 6-3-0-0- against Omaha entering tonight’s final battle of the regular season. The Storm won the most recent matchup at the Viaero Center on March 26th by a score of 4-1.

Omaha (29-23-4-2) is one point away from clinching 4th place in the Western Conference standings. The Lancers have posted a 2-8-0-0 record over the past ten games. Omaha has collected three wins against Tri-City this season, with the most recent coming on February 18th by a final score of 3-2. The Lancers have produced a 7-9-1-2 record against the Storm in games played at Liberty First Credit Union Arena (formerly Ralston Arena) over the past five seasons. Omaha dropped back-to-back games against the Lincoln Stars last weekend. The Lancers have allowed an average of 6.75 goals per game over the last four games. Omaha has scored only one goal in seven of the team’s last ten games. Omaha will return to action tomorrow night in a road game against the Waterloo Black Hawks at Young Arena following tonight’s home rivalry matchup against the Storm. 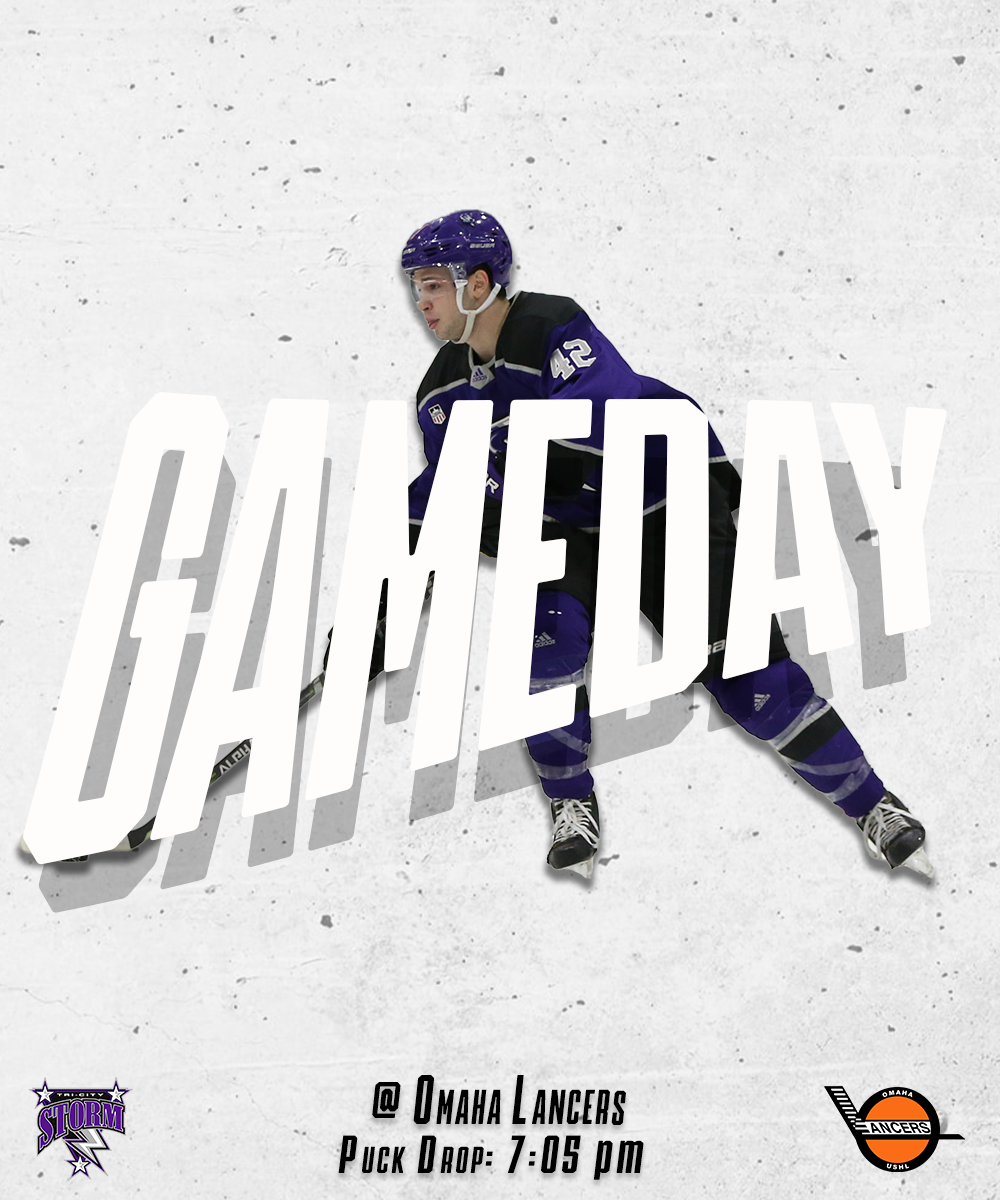