Sioux City outshot Tri-City 7-6 in the 1st period and the game entered the 2nd period in a scoreless tie. Sunday’s 2nd period included seven combined goals, and eighty-two penalty minutes between the Western Conference’s top two teams. Cole O’Hara opened ­the scoring with his 24th goal of the season forty-four seconds into the 2nd period. Jeremy Wilmer recorded an assist on the play and became the organization’s new single-season points record holder with his 84th point of the year. Mitchell Miller scored his team-leading 37th goal of the season at 9:14 of the 2nd period to give the Storm a two-goal lead. Jeremy Wilmer recorded an assist on the powerplay goal and became the organization’s new single-season powerplay assists record holder with his 26th powerplay assist of the year. Ilya Nikolaev also recorded an assist on the scoring play. Mason Wheeler scored his fourth goal of the season at 11:02 of Sunday’s 2nd period to give Tri-City a 3-0 lead in the game. Wheeler’s goal was assisted by Tanner Adams and Jeremy Wilmer. Ilya Nikolaev scored a powerplay goal with less than five minutes to play in the period to increase the Storm’s advantage to four goals. The goal was his 22nd of the season and was scored on the powerplay. Cole O’Hara and Vinny Borgesi recorded an assist on the scoring play. Jeremy Wilmer scored his 22nd goal of the year at 16:27 of the period to give Tri-City a 5-0 lead. The goal was netted on the powerplay and was assisted by Cole O’Hara. Kieran Cebrian notched his ninth goal of the season eight seconds later to give the Storm a 6-0 lead. Cebrian’s goal was assisted by Josh Eernisse. The final goal of Sunday’s 2nd period was scored seconds later by Sioux City’s Dylan James. Tri-City outshot Sioux City 16-11 in the period and carried a five-goal lead into the 3rd period.

An assortment of penalties were included with Sunday’s high-scoring 2nd period. Andrew Strathmann was given a double-minor penalty for roughing and a ten-minute misconduct penalty at 5:09 of the period following an altercation with Sioux City’s Owen Fowler. Fowler is the league’s penalty minutes leader with 196 penalty minutes tallied to this point in the 2021-2022 regular season. Lleyton Roed and the Musketeers’ Sam Deckhut were each given a five-minute major for fighting, and a ten-minute misconduct penalty following an altercation at 13:54 of the 2nd period. Deckhut was also given a two-minute minor penalty for cross-checking. Dane Dowiak and Sioux City’s Owen Fowler were each penalized at 14:47 of the 2nd period for roughing. Each player was also given a ten-minute misconduct penalty.

Cole O’Hara was named the 1st Star of the Game, with teammates Jeremy Wilmer and Josh Eernisse collecting 2nd and 3rd Star honors, respectively. Sunday’s game was played in front of a crowd of 1,914 at the Viaero Center.

Tri-City improved to 43-10-3-1 in the 2021-2022 regular season following Sunday’s 8-6 home win over Sioux City. The Storm is now 40-10-2-1 against Western Conference competition, and holds a 23-3-0-1 record in games played at the Viaero Center this season. The Storm captured the regular season series against the Musketeers by winning six of nine games played. Tri-City is now one point away from clinching the third Anderson Cup Championship in organizational history.

Tri-City hits the ice again on Friday, April 15th, in a road game against the Omaha Lancers. Puck drop is set for 7:05pm CT. For the latest information regarding the Storm skate to www.StormHockey.com. #StormAhead 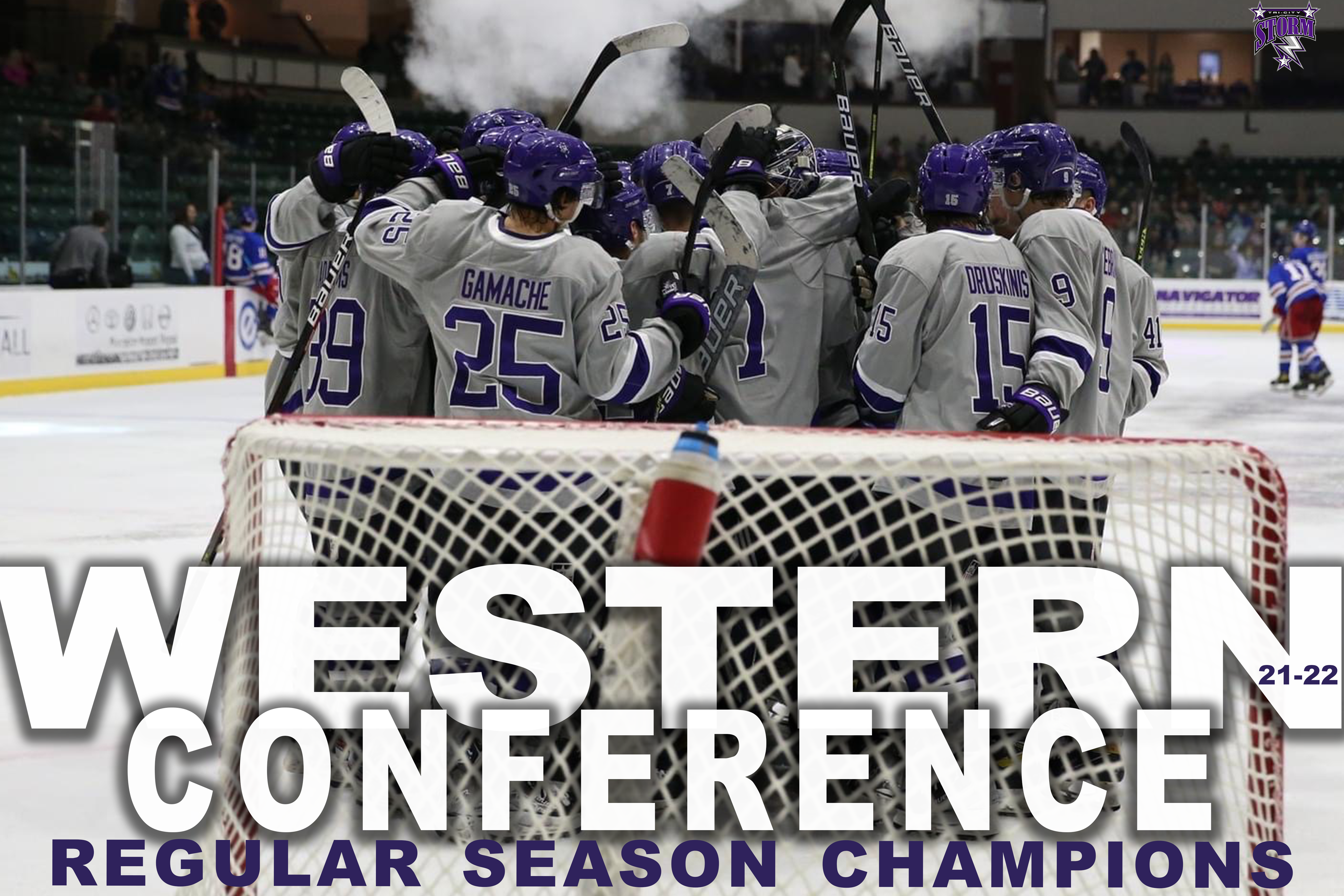