KEARNEY, NE – The Tri-City Storm is set for the final game of a three-game weekend against the Sioux City Musketeers. Each team has notched a win through the opening two games of the weekend series. Mitchell Miller became the Storm’s all-time single-season goals leader in last night’s 4-3 home win at the Viaero Center. The Storm is now only three points away from clinching the third Anderson Cup Championship in the organization’s twenty-two year history. Tri-City has clinched a first round bye in the postseason, and is one point away from clinching a Western Conference Regular Season Championship. Today’s game will feature a Family 4-Pack presented by the Nebraska Lottery. The pack includes four tickets, four hot dogs, two Nebraska Lottery Scratch Off Tickets, and two Buy-One-Get-One passes to the Kearney Children’s Museum. The total cost of the Family 4-Pack is $40. Puck drop is scheduled for 3:05pm CT.

Tri-City (42-10-3-1) holds a seven-point lead over the Eastern Conference’s Chicago Steel for 1st place in the USHL standings after last night’s 4-3 home win at the Viaero Center over Sioux City. The Storm cannot clinch an Anderson Cup Championship this afternoon, but can pull within one point of doing so with a win over the Musketeers. Tri-City’s seven-game point streak is currently the longest active point streak in the league. This year’s Storm team has scored 228 goals. Tri-City is now four goals away from tying the organization’s single-season record for most goals netted by a team. The 2018-2019 Anderson Cup Championship team currently holds the organization’s single-season record with 232 goals scored during the 2018-2019 regular season. Tri-City will play two additional home games during the regular season following this afternoon’s home contest against Sioux City. The Storm will host the Fargo Force on Tuesday, April 19th, and the Lincoln Stars on Friday, April 22nd. 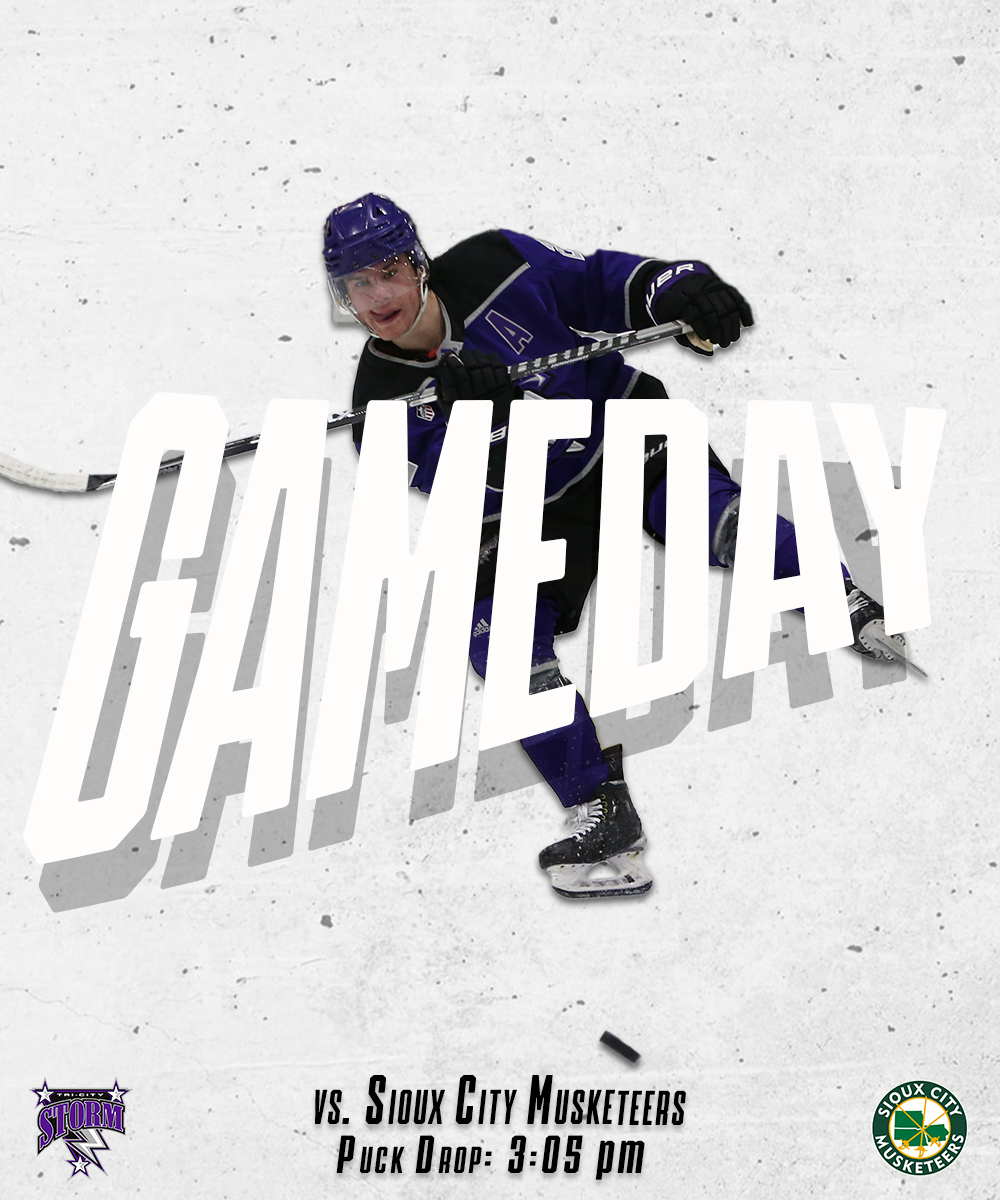