KEARNEY, NE. – Tri-City Storm defenseman Mitchell Miller recently broke the USHL’s record for most goals in a single season by a defenseman. Miller scored his record-breaking 31st goal of the 2021-2022 regular season last weekend in a home game at the Viaero Center against the Sioux Falls Stampede. The previous league record for most goals in a single season by a defenseman was held by current Philadelphia Flyers Defenseman Ronnie Attard, and was set during the 2018-2019 season. Miller reached the achievement on Friday, April 1st, 2022, at the Viaero Center. He recorded his 31st and 32nd goals of the year in the game. Miller broke the organization’s single-season record for most powerplay goals scored in a single season on the same play as his league record-breaking goal. Miller has now recorded 18 powerplay goals this season, more than any other Storm player during a single season in history. Miller netted his 33rd goal of the season the following night in the Storm’s 5-4 home win over the Sioux Falls Stampede.

Mitchell Miller, 20, of Sylvania, Ohio, previously broke Ronnie Attard’s league record for most points notched by a defenseman in a single season. He is now the first defenseman in USHL history to notch seventy points or more in a single season. Miller is just two goals shy of tying the Storm’s single-season record for most goals scored (Forward or Defenseman). The current team record is thirty-five and is held by Rastislav Spirko (2003-2004) and Chris Wilkie (2014-2015). He leads all defensemen in the USHL this season in Goals (33), Points (71), Game-Winning Goals (9), Powerplay Goals (18), Plus/Minus Rating (+37), Points-Per-Game (1.31), and Shots on Goal (235).

“Breaking the record is a great accomplishment for me personally. It is a rewarding feeling due to all the hard work and training that goes into accomplishing a record like this. None of this would be possible without my teammates, who are also part of this record. This also would not be possible without Coach Noreen and our entire coaching staff, who have allowed me to prove myself and be a part of this top-notch organization. I am blessed to be surrounded by my teammates, coaches, and staff who continue to push, teach, and assist our team in achieving our team goals. I also have to thank my billet family who takes fantastic care of me and allows me into their home and family. I could not have accomplished this record without all of these people supporting me.”- Defenseman Mitchell Miller

“Our entire organization is very proud of Mitchell and his continued overall development. His ability to consistently perform at a high level while also making the people around him better has been unbelievably impressive. I cherish the relationship we have built, and look forward to his continued growth and success moving forward.” – President of Hockey Operations/Head Coach Anthony Noreen 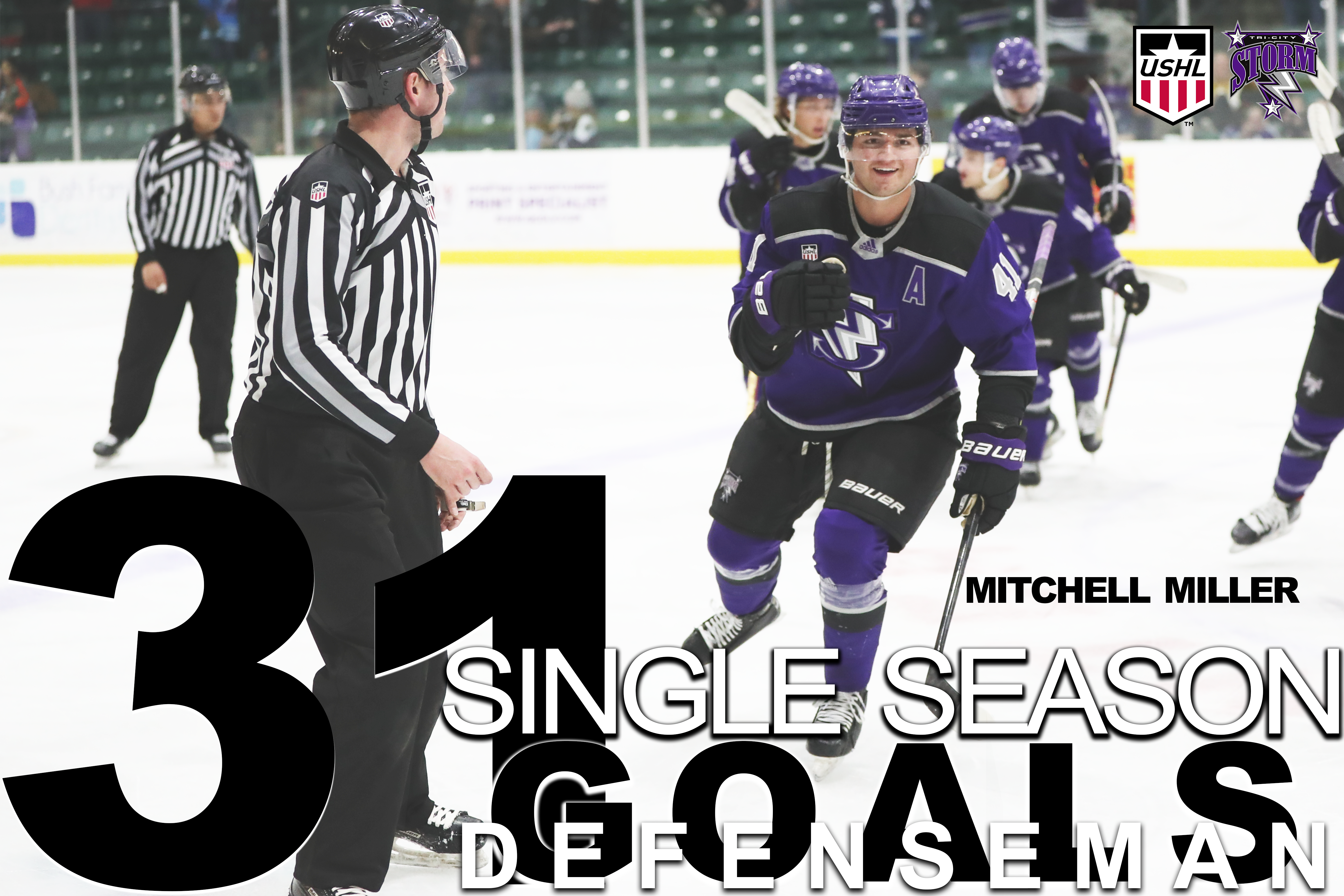