KEARNEY, NE – The Tri-City Storm is set to host a three-game regular season series against the Sioux City Musketeers this weekend at the Viaero Center. Tickets are still available for each game and can be purchased by contacting the Viaero Center Box Office during Box Office Hours at 308-338-8144, or by visiting www.StormHockey.com. Puck drop for tonight’s battle between the Musketeers and the Storm is set for 7:05pm CT.

Tri-City (41-10-3-0) protects home ice in Kearney this weekend after collecting five of a possible six points in the standings last weekend. The Storm began the weekend by recording back-to-back home wins over the Sioux Falls Stampede before falling in overtime to the Lincoln Stars on the road Sunday afternoon. The Storm is now six points away from clinching the third Anderson Cup Championship in the organization’s twenty-two-year history.  Goal scorers last weekend for Tri-City included Mitchell Miller (3), Graham Gamache (2), Vinny Borgesi, Jeremy Wilmer, Ilya Nikolaev, Kieran Cebrian, Andrew Strathmann, and Cole O’Hara. Leading scorers for the Storm entering the final eight games of the 2021-2022 regular season include Mitchell Miller (33), Cole O’Hara (23), Jeremy Wilmer (21), Ilya Nikolaev (21), Lleyton Roed (18), and Gavin Brindley (14). The Storm currently holds an eight-point lead over the Musketeers for 1st place in the USHL’s league standings. Tri-City has won four of the opening six games in this year’s nine-game season series against Sioux City.

Sioux City (36-14-4-1) travels to Kearney for this weekend’s three-game road series at the Viaero Center as the hottest team in the USHL. The Musketeers have posted a 9-0-1-0 record in the past ten games, and the team has collected at least one point in the standings in each of its last twelve games. Sioux City was the first team in the league to post a win over the Storm this season. The Musketeers ended Tri-City’s season-opening six-game winning streak on October 22nd, 2021, in a 6-4 win at the Tyson Events Center. Sioux City most recently defeated Tri-City on December 18th, 2021, in a 4-3 road win at the Viaero Center. Scoring leaders for the Musketeers entering this weekend’s battle of the top-two teams in the USHL’s standings include Ben Steeves (34), Charlie Schoen (26), Dylan James (25), Owen McLaughlin (24), and Nick Pierre (16). Sioux City is one of four teams in the league still in contention to win the Anderson Cup Championship for the regular season. 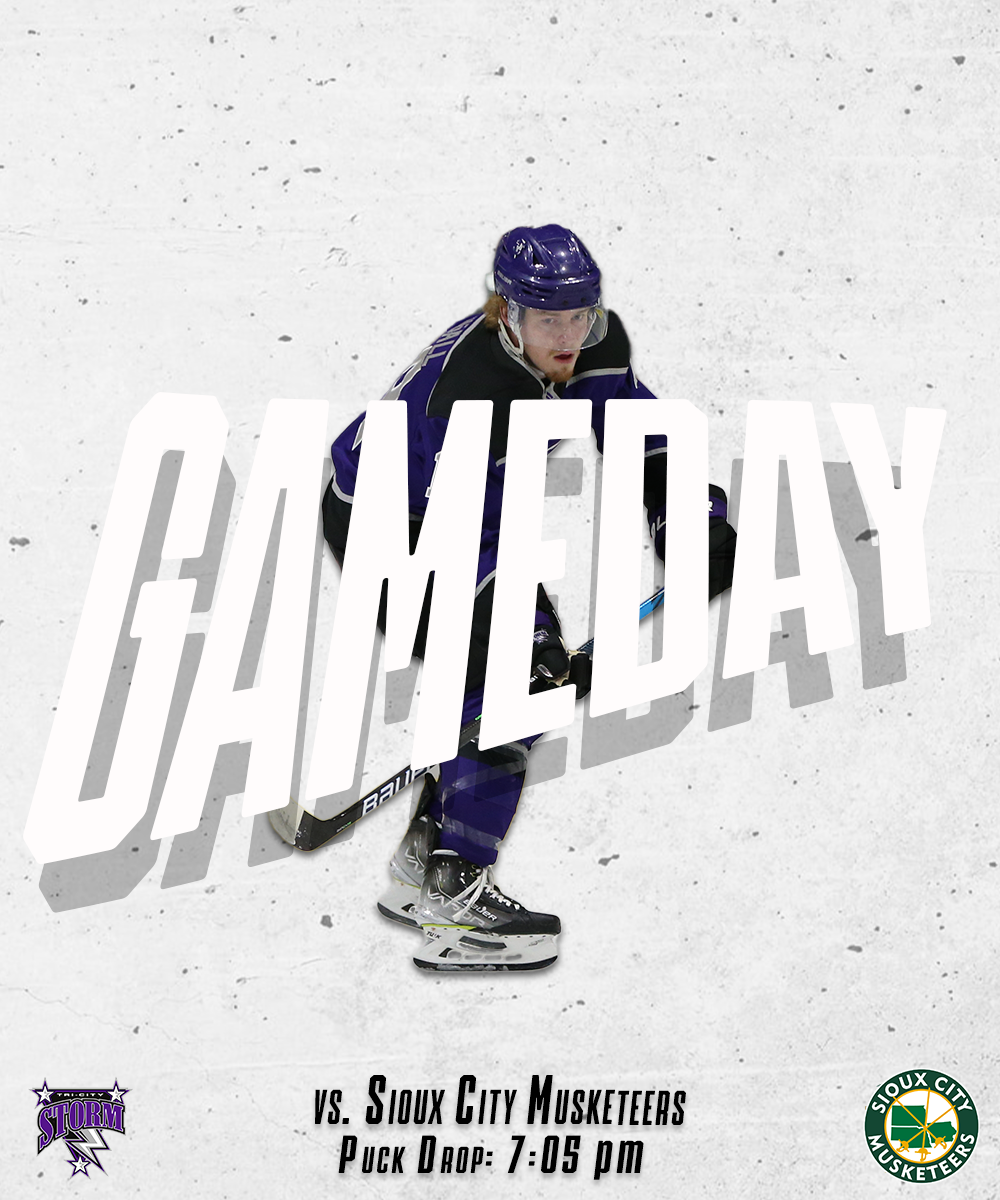