KEARNEY, NE – The Tri-City Storm return to action tonight at the Viaero Center for “Youth Hockey Night”, following a 4-0 home shutout of the Sioux Falls Stampede last night. Mitchell Miller broke the USHL’s single-season scoring record for a defenseman in last night’s game. He also eclipsed the Storm’s previous record for the most powerplay goals netted in a single season. Tri-City will host Sioux Falls for the final time this season in tonight’s game. Tickets to the matchup can be purchased online at www.StormHockey.com, or by calling the Viaero Center Box Office at 308-338-8144. Puck drop for tonight’s “Youth Hockey Night” game is scheduled for 7:05pm CT.

Tri-City (40-10-2-0) won a game at the Viaero Center for the 20th time this season in last night’s 4-0 shutout of the Sioux Falls Stampede. It was the ninth shutout recorded by the team this season. Friday’s shutout recorded by Sebastian Wraneschitz gave the 2021-2022 team a new organizational record for most combined shutouts in a single season. The previous record was eight, held by the 2017-2018 team. Goaltender Arsenii Sergeev is one win away from breaking the organization’s record for most victories in a single season. Sergeev is currently tied with Peter Mannino (2003-2004) and Ian Keserich (2006-2007) for the most wins recorded by a goaltender during a single season in Storm history (26). Mitchell Miller became the first defenseman in USHL history to reach the 70-point plateau following last night’s game. Miller is now three goals away from tying the Storm’s single-season record for most goals scored. The record is currently held by Ratislav Spirko (2003-04) and Chris Wilkie (2014-15). Each player netted 35 goals during a single regular season. Jeremy Wilmer notched two assists during last night’s victory and is now six points away from tying the Storm’s single-season points record of 83 held by Jaden Schwartz (2009-10).

Sioux Falls (16-31-3-3) lost for the third consecutive time in last night’s 4-0 road loss to the Storm at the Viaero Center. Friday’s game was the third time this season that the Stampede has been held off the scoreboard during a game. Sioux Falls has scored 116 goals this season, the least amount of any team in the league by 35 goals. The Stampede is 5-9-0-0 in games played at the Viaero Center over the last five seasons. Sioux Falls dropped to 1-5-0-1 in head-to-head matchups against the Storm this season in last night’s 4-0 loss. The Stampede will host the Storm for the final game of this year’s nine-game season series on April 16th at the Denny Sanford Premier Center. The Stampede will complete a three-game weekend on the road tomorrow afternoon in a matchup with the Sioux City Musketeers at the Tyson Events Center. Sioux Falls currently trials the Waterloo Black Hawks for the final playoff spot in the USHL’s Western Conference by 11 points entering tonight’s road game at the Viaero Center against the Storm. 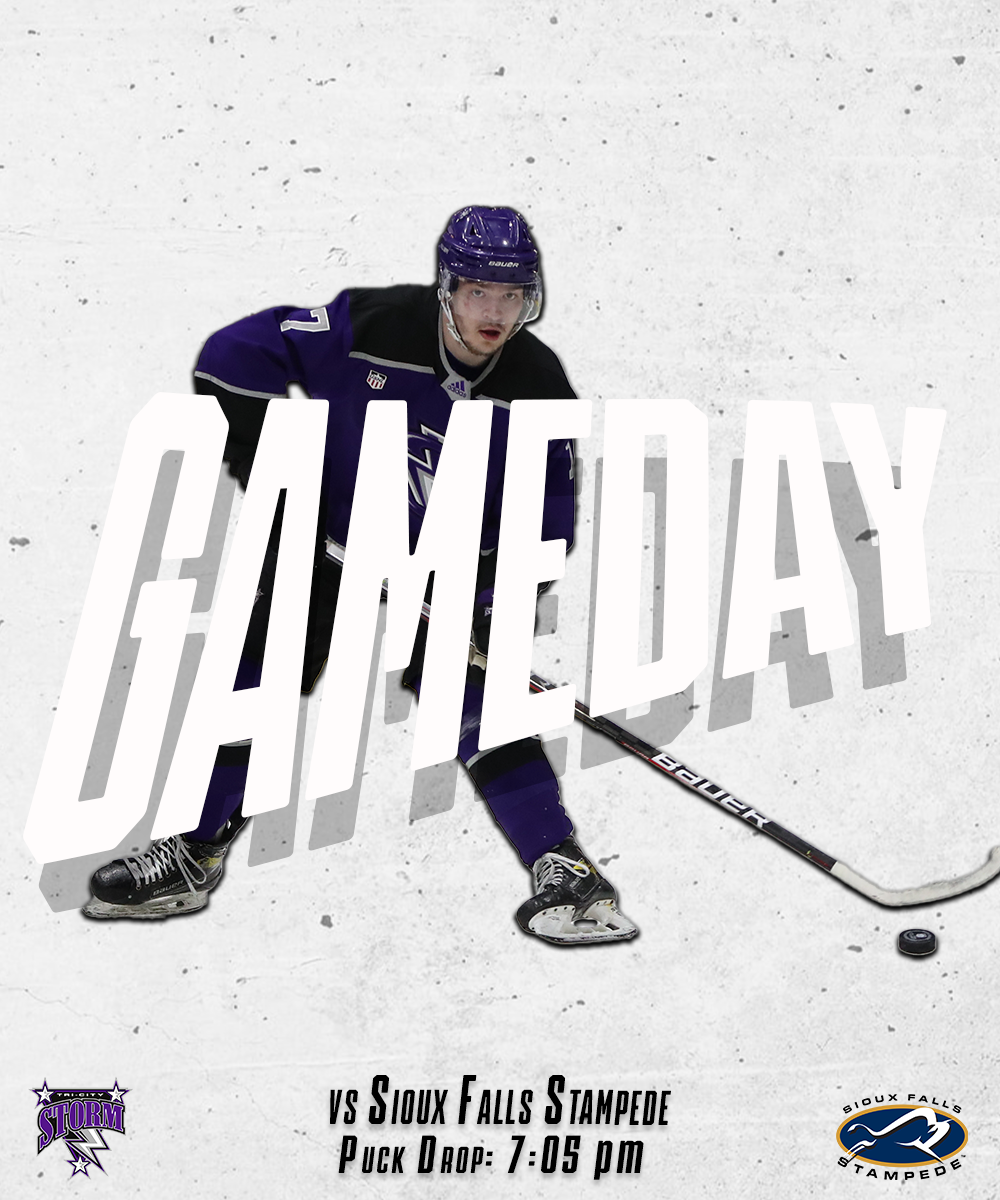