KEARNEY, NE. – The Tri-City Storm posted a 4-0 shutout of the Sioux Falls Stampede Friday night at the Viaero Center. Mitchell Miller broke a USHL record with his 31st goal of the season, the most ever recorded by a defenseman in the league’s history. Miller also broke the Storm’s single-season powerplay goal record on the same play. Tri-City reached the 40-win plateau in the victory. The 2021-2022 team joined the 2003-2004 and 2018-2019 Anderson Cup Championship teams as the only teams in the organization’s history to notch at least 40 wins in a single season. Sebastian Wraneschitz recorded his second career shutout in net for the Storm in the 4-0 decision. Tri-City will host Sioux Falls again on Saturday in Kearney for “Youth Hockey Night”. Tickets to the game can be purchased online at www.StormHockey.com, or by calling the Viaero Center Box Office at 308-338-8144. Puck drops at 7:05pm CT.

The Storm outshot the Stampede 12-6 in the 1st period and the 2nd period began in a scoreless tie. Graham Gamache netted Friday’s game-winning goal at 12:50 of the 2nd period. The goal was scored on the powerplay and was his 11th of the season. Gavin Brindley and Lleyton Roed each recorded an assist on the play. Tri-City outshot Sioux Falls 11-5 in the 2nd period, and the Storm carried a 1-0 lead into Friday’s 3rd period.

Mitchell Miller scored his record-breaking goal thirty seconds into the 3rd period to give Tri-City a two-goal lead in the game. Miller’s goal was scored on the powerplay and was assisted by Jeremy Wilmer and Matt Basgall. Miller notched his second goal of the game at 8:20 of the period to give the Storm a 3-0 lead. Miller’s second goal of the night was his 32nd of the season and was assisted by Jeremy Wilmer and Ilya Nikolaev. The final goal of the game was netted on the powerplay by Vinny Borgesi. Borgesi’s goal was scored at 12:00 of the 3rd period and was his fourth of the year. Cole O’Hara and Graham Gamache each notched an assist on the scoring play. The Storm outshot the Stampede 13-6 in the 3rd period and 36-17 in the game.

Tri-City hits the ice again on Saturday, April 2nd, in a home game against the Sioux Falls Stampede. Puck drop is set for 7:05pm CT. For the latest information regarding the Storm skate to www.StormHockey.com. #StormAhead 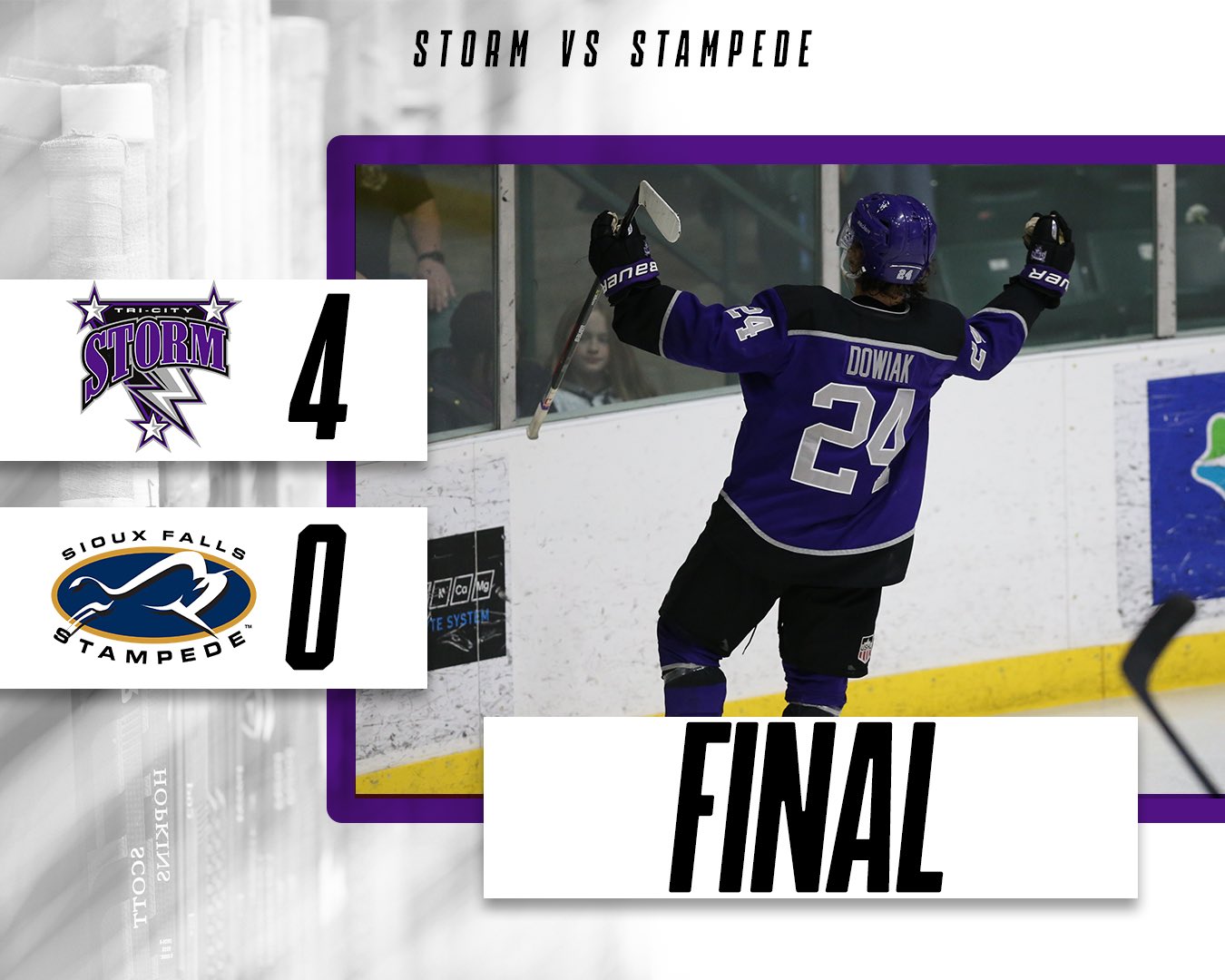