KEARNEY, NE. – The Tri-City Storm defeated the Omaha Lancers by a final score of 2-1 Friday night at the Viaero Center. Ilya Nikolaev and Mitchell Miller each notched a powerplay goal during the game to give Tri-City the win. Miller’s goal was his 30th of the season, tying him with former Storm defenseman Ronnie Attard with the USHL’s record for most goals scored during a single season by a defenseman. Tri-City will host Omaha for a rematch tomorrow night at the Viaero Center. The game will serve as the Storm’s “Pucks N’ Paws” night. Tickets to the game may be purchased online at www.StormHockey.com or by calling the Viaero Center Box Office during Box Office hours at 308-338-8144. Puck drop for Saturday’s showdown between the Storm and Lancers is set for 7:05pm CT.

The opening goal of Friday’s game was netted by Omaha’s Cam Mitchell. The goal was Mitchell’s 11th of the season and was assisted by Michael Cameron. The Storm answered with a game-tying goal on the powerplay from Ilya Nikolaev at 9:46 of the period. The scoring play was Nikolaev’s 19th of the season. Mitchell Miller notched his 32nd assist of the year on the goal. The goal was Tri-City’s 66th powerplay goal of the season. Tri-City outshot Omaha 13-9 in Friday’s 1st period and the game entered the 2nd period in a 1-1 tie.

The only goal of Friday’s 2nd period was scored on the powerplay by Mitchell Miller. The goal was his league-leading 17th powerplay goal of the season. It was also his 30th goal overall on the year and was assisted by Ilya Nikolaev. Nikolaev notched his 40th assist of the season on the play. Miller, the USHL’s all-time single-season points by a defenseman record holder, tied a league record for most goals scored by a blueliner in a single season on the scoring play. Sebastian Wraneschitz denied Omaha’s Jared Wright on a penalty shot attempt with under four minutes left in the 2nd period to hold the Storm’s 2-1 lead. Tri-City heavily outshot Omaha by a 12-3 margin during Friday’s 2nd period, and the Storm carried a one-goal advantage into the 3rd period.

Mitchell Miller’s 2nd period powerplay goal proved to be the game-winning goal as each team was unable to find the back of the goal in Friday’s 3rd period. Shots on net were 9-9 in the 3rd period, and the Storm outshot the Lancers by an overall margin of 34-21. Sebastian Wraneschitz stopped 20 of Omaha’s 21 shots on goal to record the win in net for Tri-City. Kevin Pasche made 32 saves on 34 shots and recorded the loss in goal for the Lancers.

Tri-City hits the ice again on Saturday, March 25th, in a home game against the Omaha Lancers. Puck drop is set for 7:05pm CT. For the latest information regarding the Storm skate to www.StormHockey.com. #StormAhead 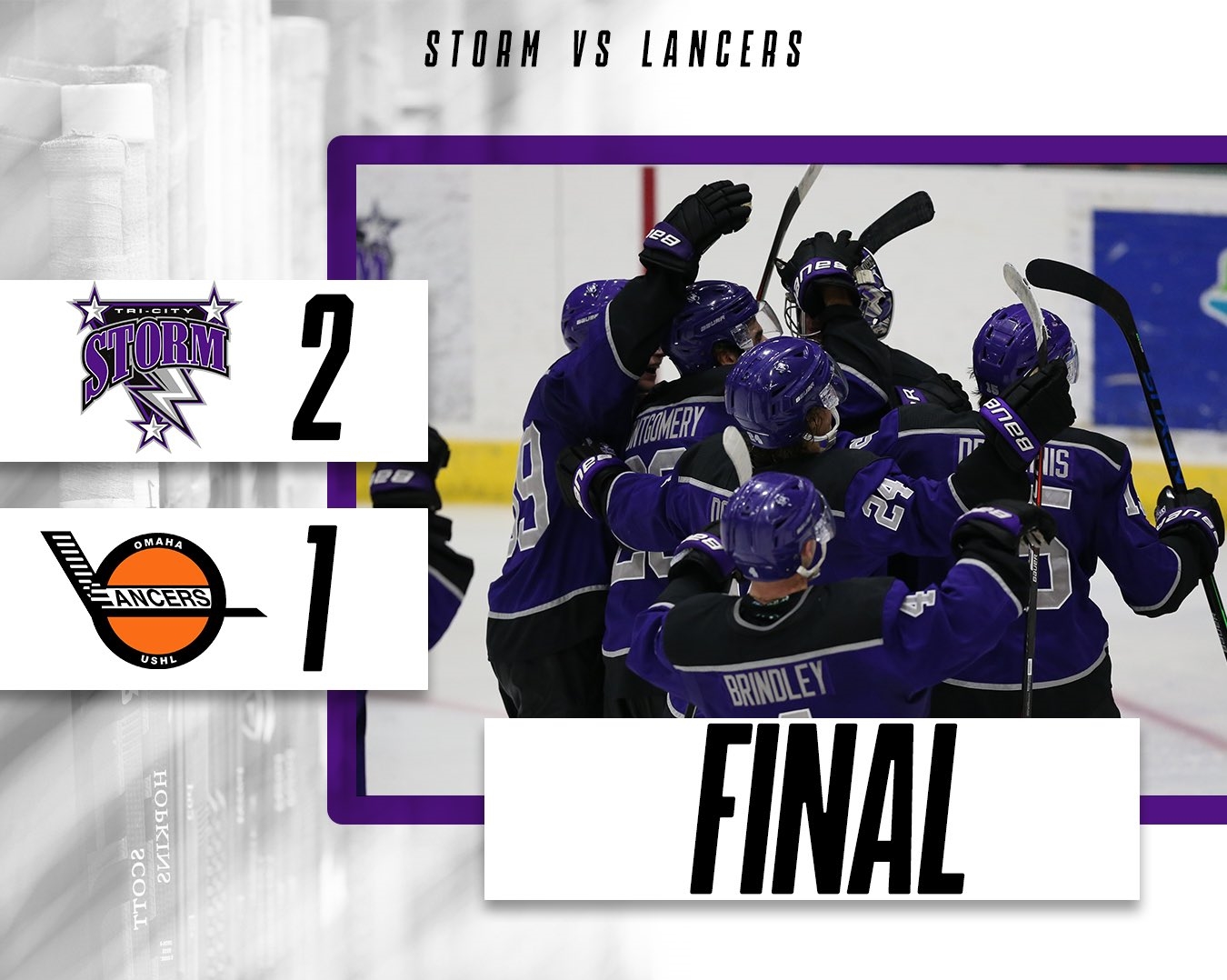