KEARNEY, NE. – Tri-City Storm forward Jeremy Wilmer recently became the organization’s all-time single-season assists leader with 51 assists recorded during the 2021-2022 regular season. The previous record was held by former Storm forward, and 2019 Stanley Cup Champion, Jaden Schwartz, and was set during the 2009-2010 season. Wilmer reached the achievement on Saturday, March 19th, 2022, at Young Arena in Waterloo, Iowa. He recorded an assist on a 1st period powerplay goal to eclipse the previous team record of 50 assists in a single season. Wilmer has since added three additional assists to his single-season totals, and currently leads the USHL with 54 assists notched during the 2021-2022 regular season.

Jeremy Wilmer, 18, of Rockville Centre, New York, broke the Storm’s single-season assists record in Saturday’s 4-2 road victory over the Waterloo Black Hawks. Wilmer notched two additional assists in the game. Saturday’s game was the tenth time this season he has recorded three points or more in a single game. Wilmer added an assist to his season totals in Sunday’s 5-2 road loss to the Des Moines Buccaneers. He currently leads the Storm in assists (54) and points (74) this season. Prior to joining the Storm this season, Wilmer previously skated for the Under-17 and Under-18 editions of the United States National Team Development Program (USNTDP/Team USA). He was acquired by the Storm on August 3rd, 2021, in a transaction with the Waterloo Black Hawks. Wilmer previously announced a commitment to play college hockey in the future for the Boston University Terriers.

“It is very special having broken the Storm’s single-season assists record. I take pride in making the guys around me better, so earning that achievement and being able to help consistently create offense for both me and my teammates means a lot to me. I think it is more of a testament to our team as a whole and the year we are having collectively. We have been great both offensively and defensively and I am just happy to play an important role in that. It definitely adds a little bit more excitement being listed in the same category as a player like Jaden Schwartz. His record was able to last a long time and he made a huge impact on the organization. He is a tremendous player and definitely a guy who I look up to.” – Forward Jeremy Wilmer

“Jeremy Wilmer has grown a ton this season. This record is well deserved and a testament to his continued drive to be better and prove people wrong. Our staff is extremely proud of him. ” – President of Hockey Operations/Head Coach Anthony Noreen 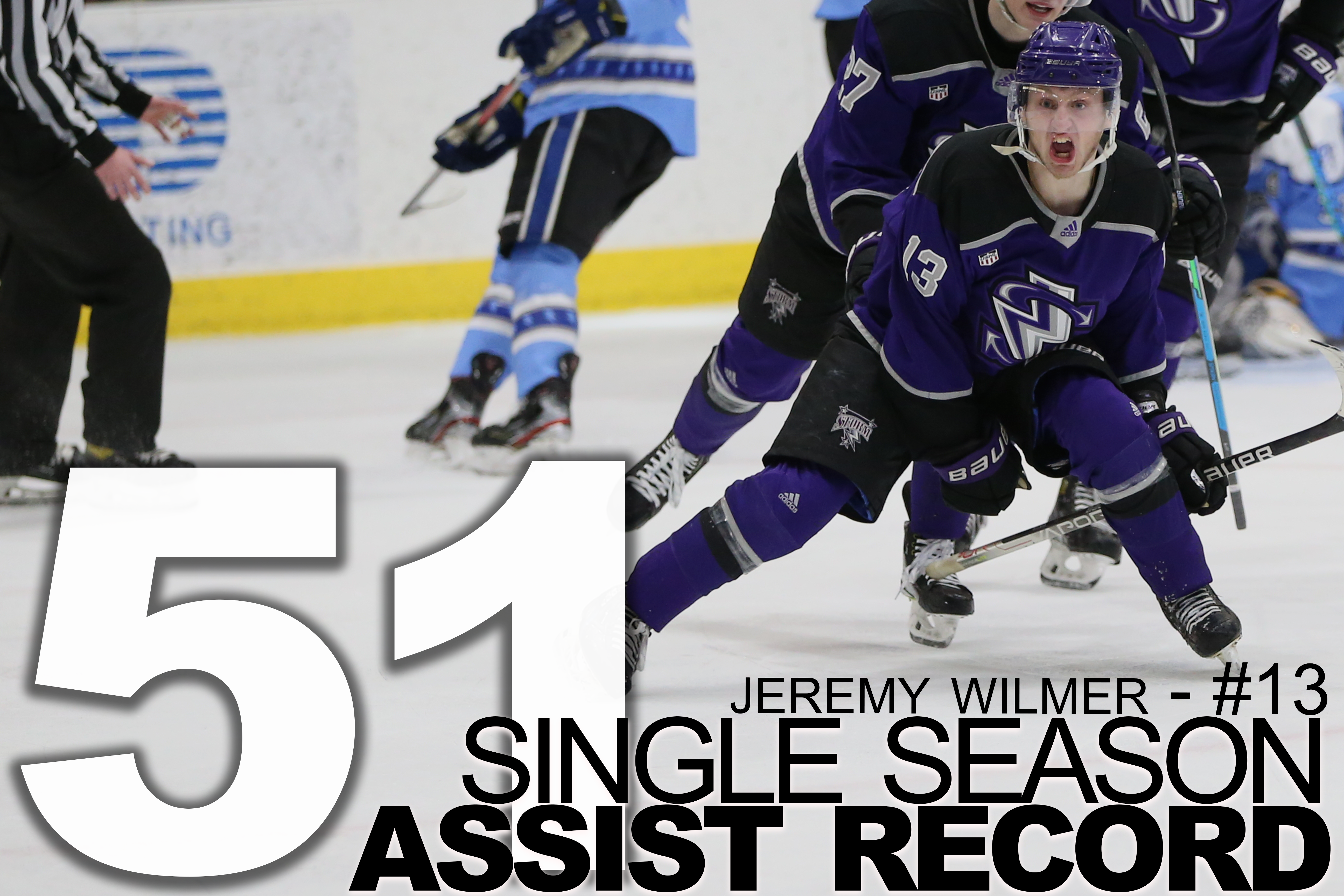