Storm set for battle with Buccaneers

Game will be streamed on HockeyTV (Home Audio Only) & Storm Radio

URBANDALE, IA – The Tri-City Storm is set to battle the Des Moines Buccaneers this afternoon in the final game of a three-game weekend. Tri-City opened play this weekend by splitting road games against the Waterloo Black Hawks. Today's game between the Storm and the Buccaneers is the final meeting between the two teams in this year's six-game season series. Puck drop for the game is scheduled for 3:00pm CT.

Tri-City (37-9-2-0) has won four of five games played against Des Moines this season and looks for back-to-back victories following last night’s 4-2 road win over the Waterloo Black Hawks. Graham Gamache recorded the first multi-goal game of his USHL career in the victory. Mitchell Miller and Mason Wheeler also netted goals for the Storm during the game. Miller’s goal was the 200th goal netted by the Storm this season. The goal gave Miller the USHL’s record for most points recorded during a single season by a defenseman (66). Jeremy Wilmer also made history on the scoring play. Wilmer recorded his league-leading 51st assist, and also recorded the single-season Tri-City Storm assists record as well. Wilmer added two additional assists during the game to bring his total to 53 on the season. The Storm used two goaltenders in last night’s game with Sebastian Wraneschitz recording the win in net. Wraneschitz played the opening two periods of the game and made 18 saves on 20 shots. Arsenii Sergeev stopped all 10 shots he faced in the 3rd period. Tri-City is 15-9-2-1 over the last five seasons in head-to-head matchups against the Des Moines Buccaneers. The Storm has outscored the Buccaneers by an overall margin of 25-9 in the previous five matchups this season. Tri-City improved to 27-0-1-0 when leading after the 1st period and 29-1-1-0 when leading after the 2nd period this season in last night’s win.

Des Moines (15-29-3-2) has dropped the last five games and has fallen to last place in the USHL’s league standings. The Buccaneers are 2-7-0-1 in the last ten games and have not recorded a victory since defeating the Waterloo Black Hawks by a final score of 2-0 at Buccaneer Arena on March 5th. The Buccaneers' offense has averaged 2.00 goals per game during that stretch. Des Moines is 6-7-0-0 in head-to-head matchups against Tri-City at Buccaneer Arena over the last five seasons. The Buccaneers dropped a home game last night to the Sioux City Musketeers by a final score of 5-2.  Joshua Barnes and Mitchell Wolfe each netted a goal in the loss. Des Moines began the weekend in a 5-2 road loss to the Lincoln Stars on Friday night. Joshua Barnes scored each of the Buccaneers’ goals in the road loss. Des Moines will return to action next weekend in back-to-back road games against the Fargo Force following today’s battle against the Storm at Buccaneer Arena.

Today’s game is set to begin at 3:00pm CT and will be streamed on HockeyTV, and Storm Radio. #StormAhead 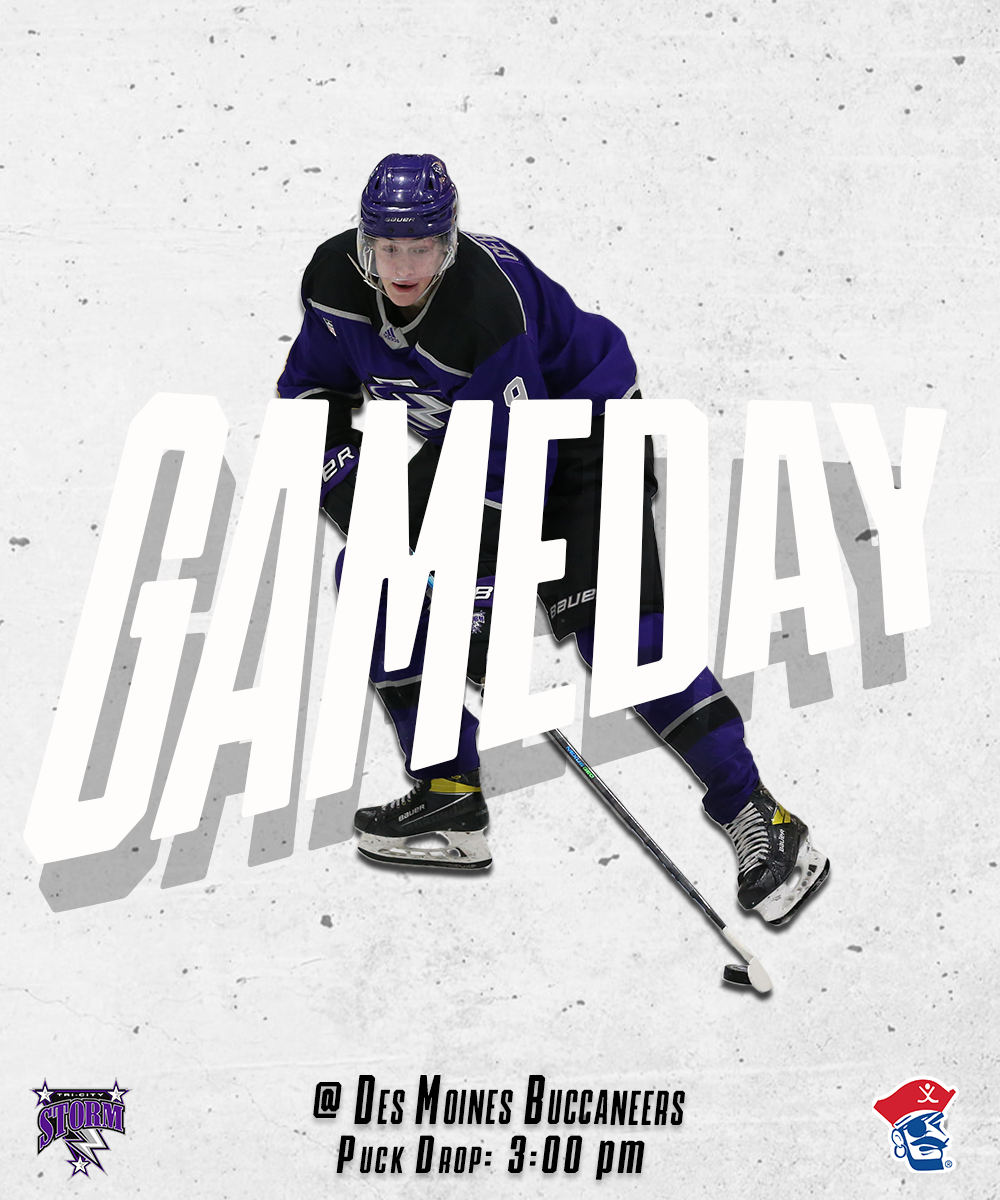