Tri-City (36-9-2-0) currently holds a nine-point lead over the Sioux City Musketeers for 1st place in the Western Conference standings. The Storm is now 6-4-0-0 over the last ten games after last night’s 5-4 road loss to the Black Hawks. Tri-City is 4-1-0-0 in head-to-head matchups against Waterloo this season. The Storm dropped to 7-1-0-0 when tied after the 1st period, and 28-1-1-0 when leading after the 2nd period this season in last night’s game. Tri-City is 13-8-3-0 against Waterloo in matchups over the last five seasons. Scoring leaders for the Storm entering tonight’s road game at Young Arena include Mitchell Miller (28), Cole O’Hara (21), Jeremy Wilmer (20), Ilya Nikolaev (17), and Lleyton Roed (16). Miller tied the USHL’s Tier I Single Season Points Record for a Defenseman in last night’s game. He is now tied with former Storm defenseman Ronnie Attard with 65 points recorded in a single season. Jeremy Wilmer remains one assist away from breaking former Storm forward Jaden Schwartz’s single-season team record for most assists in a single season. Schwartz recorded 50 assists for Tri-City during the 2009-2020 regular season. The Storm will complete play in a three-game weekend on the road tomorrow afternoon in a matchup with the Des Moines Buccaneers. Puck drop for tomorrow’s game at Buccaneer Arena is set for 3:00pm CT.

Waterloo (23-24-2-1) defeated the Storm for the first time in the 2021-2022 regular season last night after dropping the opening four games of this year’s six-game season series between the two teams. John Waldron (2), Garrett Schifsky, Connor Brown, and Owen Baker all scored goals for the Black Hawks in Friday’s 5-4 home win over the Storm. Emmett Croteau made 27 saves on 31 shots to record the victory in net for Waterloo. The Black Hawks have won seven of the last twelve home games played against the Storm. Scoring leaders for Waterloo entering tonight’s home game against the Storm include Garrett Schifsky (24), John Waldron (14), Connor Brown (11), Tyler Kostelecky (10), and Ray Fust (9). Waterloo will return to action following tonight’s game in a road matchup against the Sioux City Musketeers on Friday. 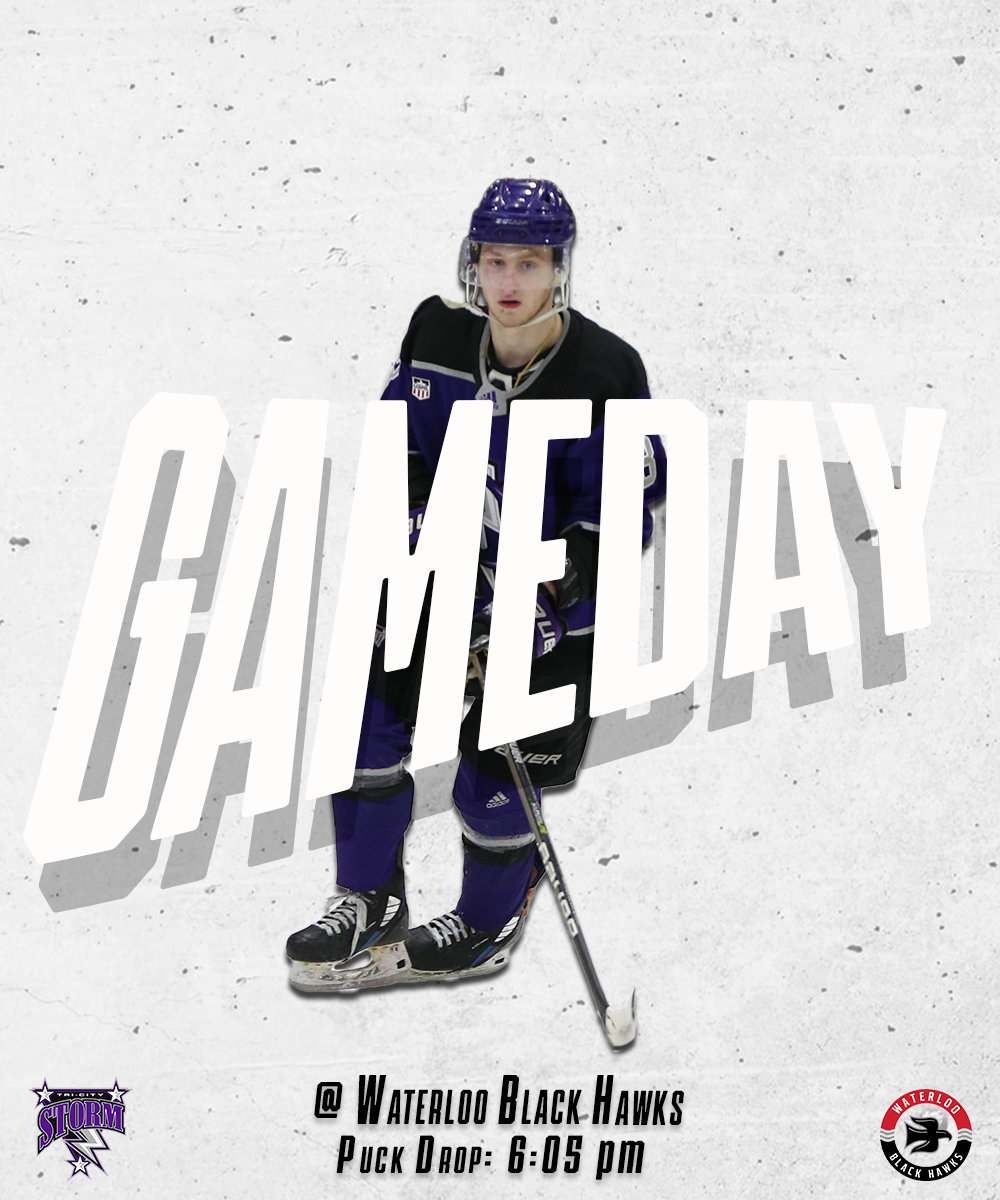