WATERLOO, IA – The Tri-City Storm is set to begin a three-game road trip tonight against the Waterloo Black Hawks at Young Arena. The Storm will play back-to-back road games against the Black Hawks tonight and tomorrow before traveling to Buccaneer Arena for an additional road game against the Des Moines Buccaneers on Sunday. Tri-City enters tonight’s road game on a four-game winning streak. Puck drop is scheduled for 7:05pm CT.

Tri-City (36-8-2-0) completed a two-game sweep of the Fargo Force last weekend at the Viaero Center. The Storm outscored the Force by a combined margin of 14-3. Tri-City improved to 5-1-1-0 in head-to-head matchups against Fargo this season in the victory. Mitchell Miller recorded the 36th hat trick in organization history in Friday’s game and was named the USHL’s Defenseman of the Week for the second week in a row for his efforts. Miller became the first defenseman in the history of the Tri-City Storm organization to record a five-point game in Friday’s 8-2 win. He is now three points shy of breaking current Western Michigan University defenseman Ronnie Attard’s USHL Tier I era record of 65 regular season points in a single season by a defenseman. Attard recorded the feat during the Storm’s 2018-2019 Anderson Cup Championship season. Ilya Nikolaev notched his first USHL career hat trick in the in Saturday’s 6-1 win. Arsenii Sergeev and Sebastian Wraneschitz split time in goal last weekend for Tri-City and each recorded a victory. Jeremy Wilmer registered his league-leading 50th assist of the season in Saturday’s win. Wilmer is now one assist away from breaking the Storm’s organizational record for most assists in a single season. Current Seattle Kraken forward, and 2019 Stanley Cup Champion, Jaden Schwartz holds the record set during the 2009-2010 season. Tri-City’s powerplay netted three goals in Saturday’s game and currently leads the USHL with 62 goals scored this season. The 2021-2022 Storm team is tied with the 2006-2007 team for the most powerplay goals recorded by a Storm team during a single season.

Waterloo (22-24-2-1) is set to protect home ice against the Storm after dropping the first four games of this year’s six game regular season series against Tri-City. The Storm captured last year’s season series with a record of 3-2-1-0, and is 13-7-3-0 in head-to-head matchups against Waterloo over the past five seasons. Waterloo has been outscored by a 21-6 margin in games against the Storm this season, and has not scored more than two goals against Tri-City in a single game. Waterloo has dropped each game to Tri-City this season by at least three goals, and enters tonight’s game after dropping two of three games played last weekend. The Black Hawks opened play last weekend with a 3-2 road win over the Sioux City Musketeers but fell in back-to-back games to the Omaha Lancers to finish the weekend. 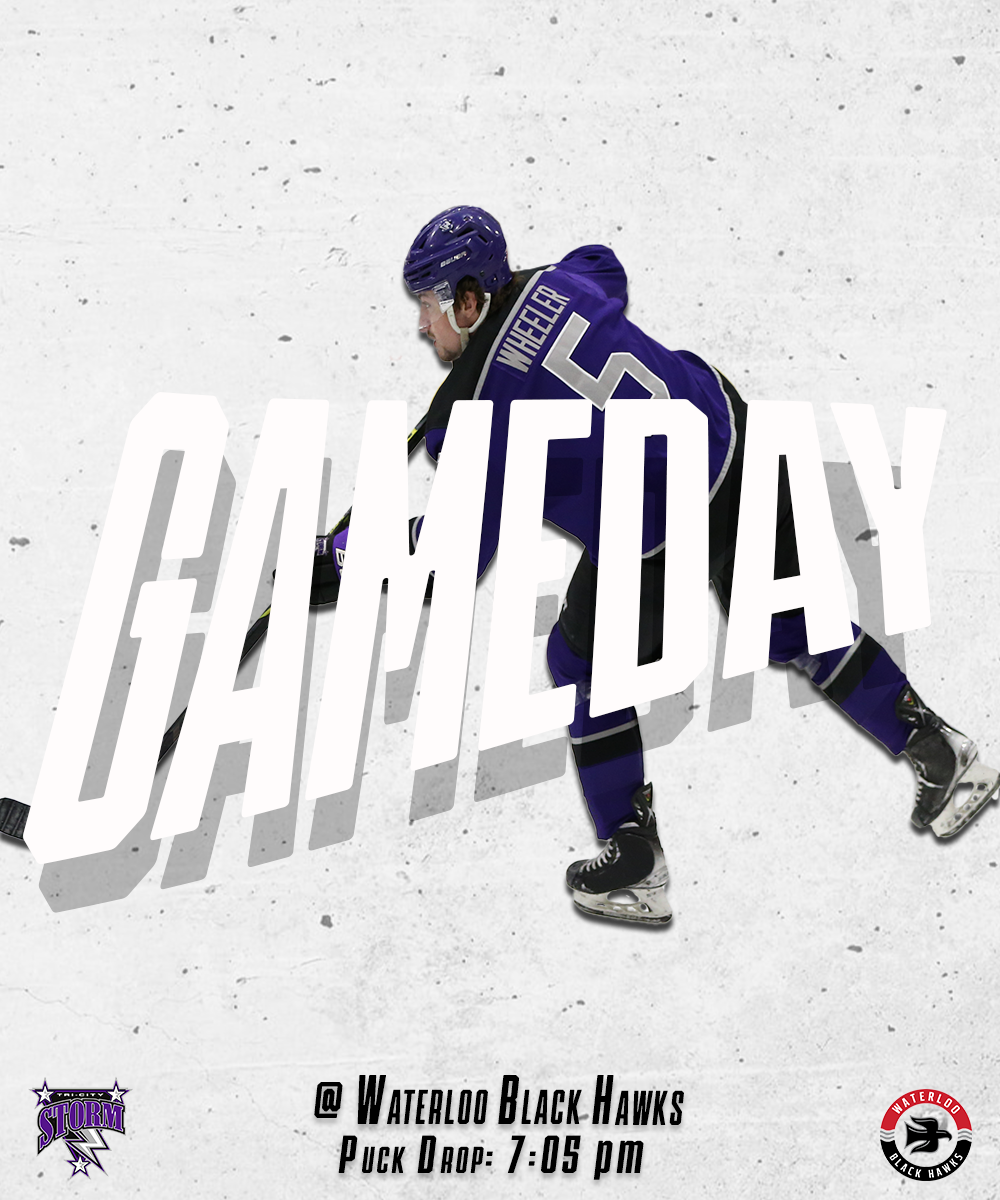