KEARNEY, NE. – Tri-City Storm defenseman Mitchell Miller has been named the USHL’s Defenseman of the Week for the second time this season and the sixth time in his USHL career. Miller notched his second career USHL hat trick in the Storm’s 8-2 home victory over the Fargo Force on Friday. He also scored a goal in Tri-City’s 6-1 win over the Force on Saturday. Miller currently leads all USHL defensemen this season in Goals (27), Points (63), Game-Winning Goals (8), Plus/Minus Rating (+35), Points-Per-Game (1.37), and Shots on Goal (199).

Mitchell Miller, 20, of Sylvania, Ohio, recorded his fifth multi-goal game of the season in Friday’s 8-2 win over the Fargo Force. He finished the two-game series against the Force with a plus/minus rating of +7. He became the first defenseman in organization history to record a five-point game in Friday’s victory over Fargo. He is three points away from tying Ronnie Attard’s USHL record for most points recorded by a defenseman in a single season. Attard recorded sixty-five points for the Storm during the 2018-2019 Anderson Cup Championship season. Miller currently leads all Storm players with fourteen powerplay goals and twenty-seven total goals scored this year.

“It is truly an honor to be chosen again for this award, it is a very cool achievement; I wouldn’t be able to win this award without my teammates, so I need to thank them for all that they do. The team played outstanding all weekend, the coaches gave us a great game plan and we followed it very well. I’m super proud of the boys and everyone who contributed this weekend.” – Defenseman Mitchell Miller

“Our team has put an emphasis all year on team success leading to individual success and accolades. Mitchell winning back-to-back Defenseman of the Week awards is a great example of that. Our group has grown closer while focusing on development, and Mitchell has been instrumental in both areas.” – President of Hockey Operations/Head Coach Anthony Noreen 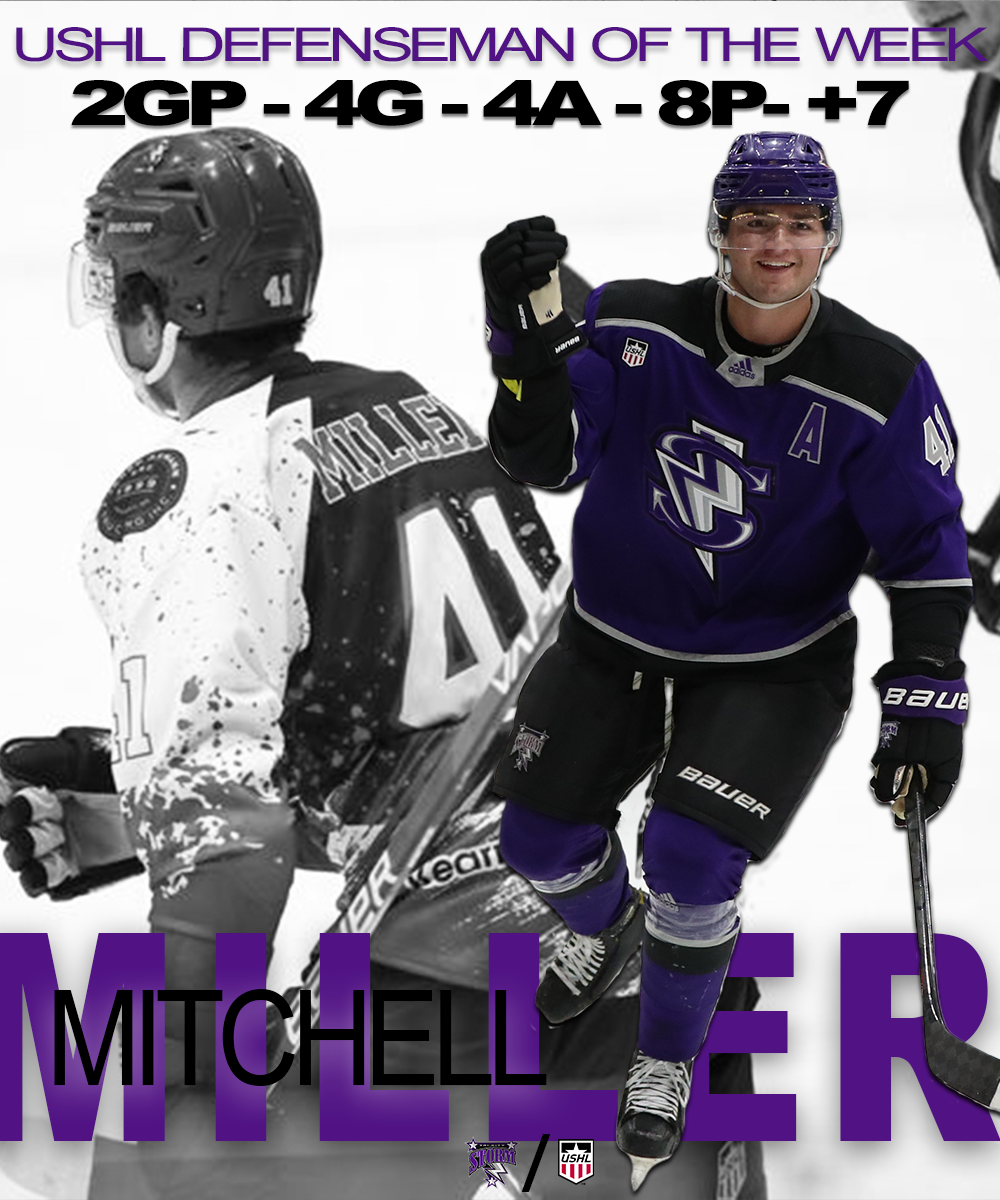