KEARNEY, NE. – The Tri-City Storm has announced the signing of forward Trevor Connelly to a tender agreement for the 2022-2023 season. Connelly currently skates for the Long Island Gulls AAA program in Syosset, New York.

Trevor Connelly, 16, of Tustin, California, has skated in fifty-two games during the 2021-2022 season for the Long Island Gulls and has scored thirty-five goals. He has also provided the Gulls offense with twenty-seven assists for sixty-two total points. Connelly previously skated for the Anaheim Jr. Ice Dogs AAA program in Anaheim, California before joining the Gulls this season. Connelly appeared in sixty-seven games during the 2019-2020 season for the San Diego Saints AAA organization in Le Mesa, California. He scored eighty-seven goals and recorded fifty assists for one hundred and thirty-seven total points for the Saints during the 2019-2020 season.

“I am excited to sign with the Storm for next season. It is an honor and a privilege to join this organization. I feel like it will be a great place for me to grow and develop as a person and player. I look forward to the challenge of playing with and against such talented hockey players. It is a dream come true to have the opportunity to play in the USHL. It will push me to become a better player and help me to continue to develop my game. The USHL is a very competitive league. Playing with and against older and stronger players will push me every day. I would describe myself as a fast and skilled forward with good vision for the game. My short-term goals are to get stronger and continue to develop the defensive side of my game. I want to be an impact player for the Storm. My long term goal is to play NCAA Division I hockey and my ultimate goal is to play in the NHL. ” – Forward Trevor Connelly

“As an organization, we are thrilled to have signed Trevor to a tender agreement. Trevor is an elite hockey player who we feel will thrive in our development system, and is fully committed to growing both on and off the ice. Our staff looks forward to being able to work with him and help him reach his goals.– President of Hockey Operations/Head Coach Anthony Noreen

“When you do a thorough review of the top US-born forwards this season and in the 2006 birth class, Trevor Connelly is simply one of the best and projects as an elite level scoring line wing and weapon. Trevor is playing up at the U16 level and is a consistent offensive threat at that level right now. His current Head Coach Vinny Smith and the Long Island Gulls coaching staff have done a great job with him this season and see a smooth transition to the USHL next season for Trevor. Our staff is excited to announce this signing and we thank Trevor and his family for trusting us with the development of their son. We look forward to watching Trevor develop into an even better complete player and competitor at the junior, college, and professional hockey levels over the next few seasons.”– General Manager Jason Koehler 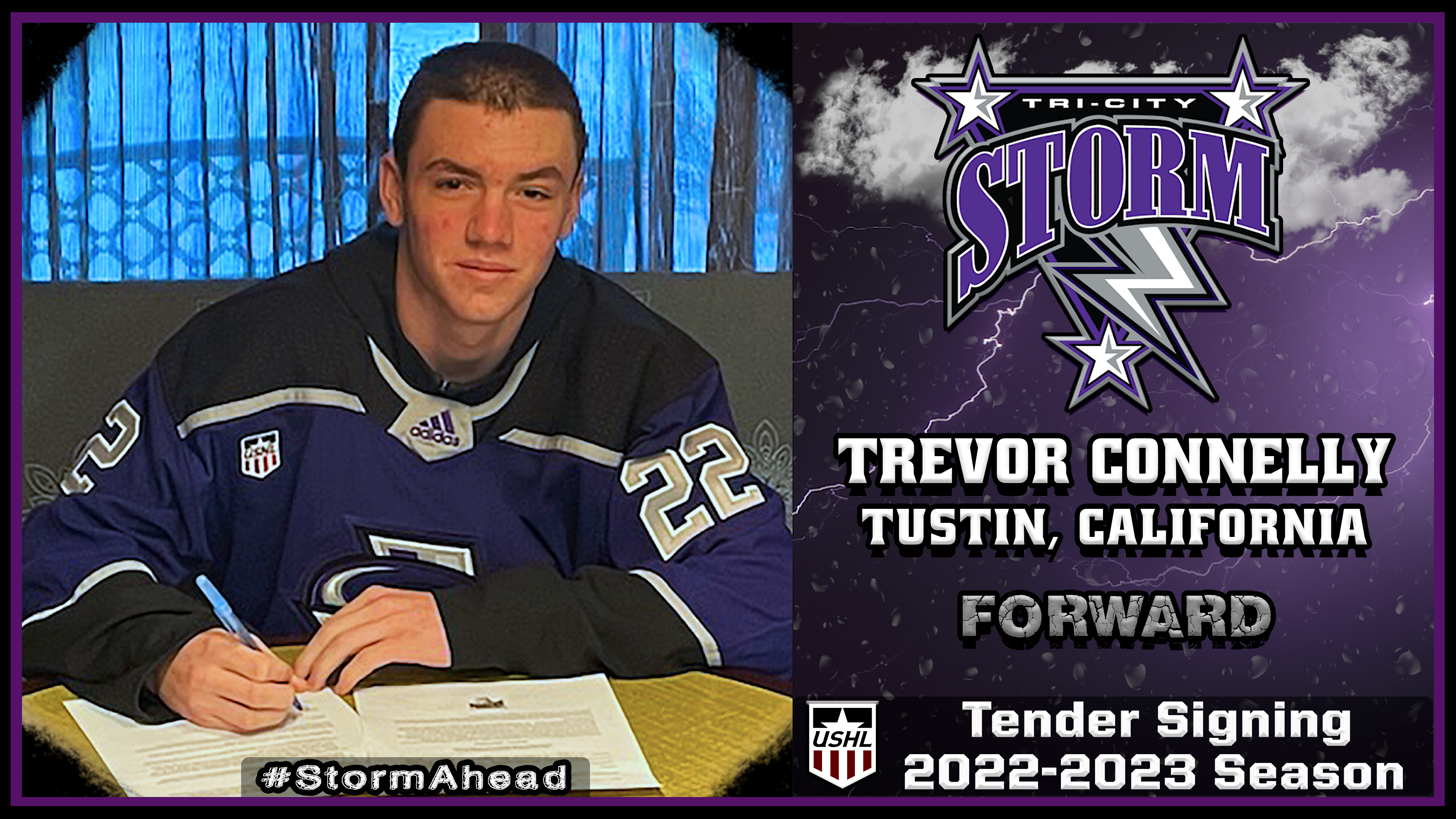