KEARNEY, NE. – The Tri-City Storm posted a two-game weekend sweep of the Fargo Force in a 6-1 win Saturday night at the Viaero Center. Ilya Nikolaev recorded the 37th hat trick in team history in the victory. Jeremy Wilmer, Mitchell Miller, and Graham Gamache also netted goals for Tri-City in Saturday’s game. Wilmer also tied Jaden Schwartz’s organizational record for most assists in a single season (50) during the game. Sebastian Wraneschitz recorded the win in net for the Storm. Tri-City will play its next three games on the road before returning home to the Viaero Center for back-to-back games against the Omaha Lancers on Friday, March 25th, and Saturday, March 26th.

A scoreless 3rd period sealed the five-goal victory for the Storm. Tri-City outshot Fargo 8-4 in the 3rd period and 35-13 overall in the game. Sebastian Wraneschitz made 12 saves on 13 shots on goal to record the win in net for the Storm. Louden Hogg stopped 29 of the Storm’s 35 shots on net and picked up the loss in goal for the Force.

Tri-City hits the ice again on Friday, March 18th, in a road game against the Waterloo Black Hawks. Puck drop is set for 7:05pm CT. For the latest information regarding the Storm skate to www.StormHockey.com. #StormAhead 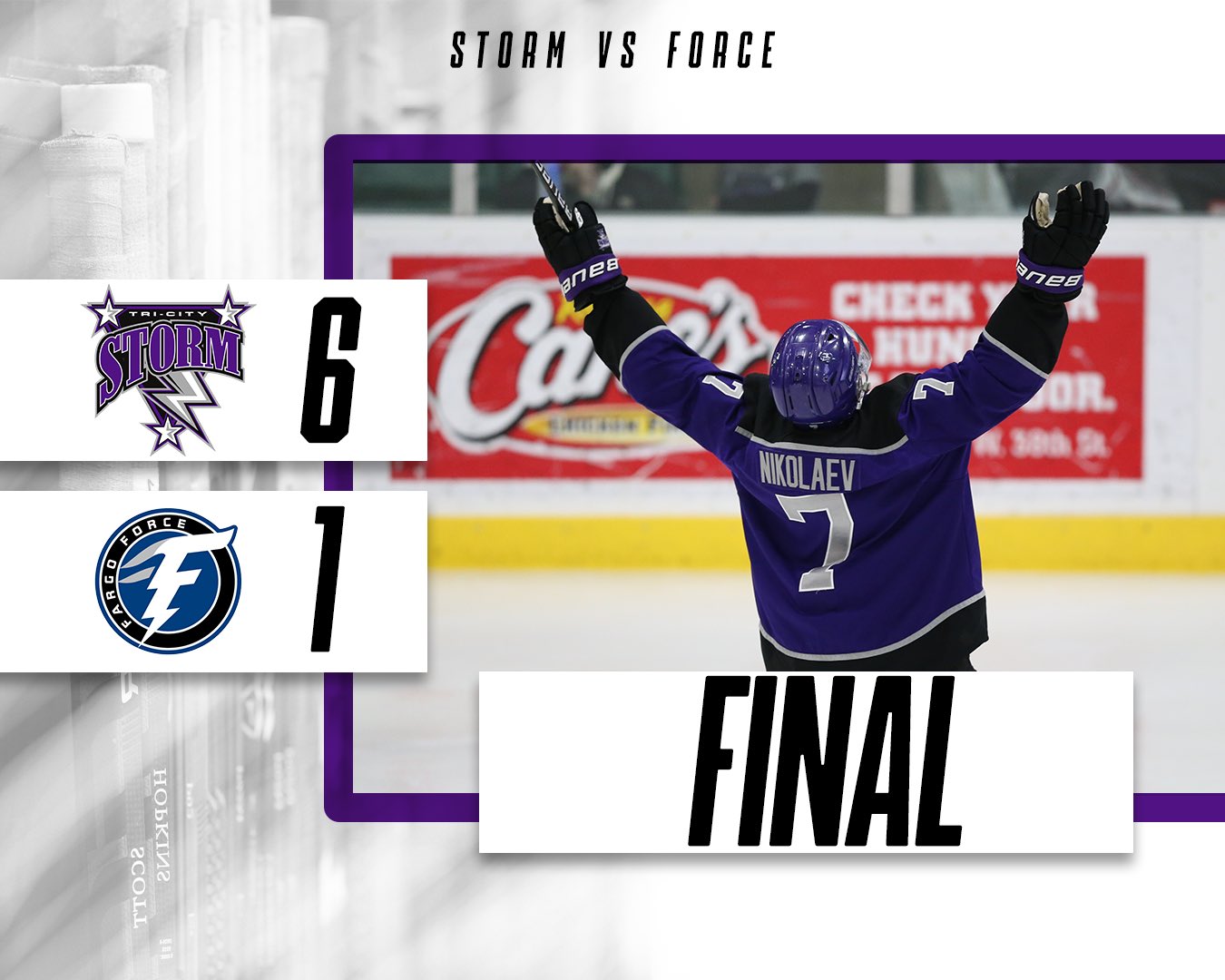