Storm set for rematch with Force

KEARNEY, NE – The Tri-City Storm is set for tonight’s rematch with the Fargo Force following last night’s 8-2 home win. The Storm became the first team in the USHL this season to clinch a spot in the 2022 Clark Cup Playoffs in last night’s win. Reigning USHL Defenseman of the Week Mitchell Miller registered the 36th hat trick in organization history in last night’s 8-2 win over the Force. Miller also notched two assists during the game to become the first defenseman in the history of the Storm to record five points in a single game. Tonight’s rematch will serve as “Concrete Cares/St. Patty’s Night”. Tickets to the game may be purchased online at www.StormHockey.com or by calling the Viaero Center Box Office at 308-338-8144. Puck drop is scheduled for 7:05pm CT.

Tri-City (35-8-2-0) defends home ice tonight as the first place team in the USHL’s standings. The Storm has now compiled three consecutive wins after sweeping the Lincoln Stars last weekend and defeating the Fargo Force last night. Mitchell Miller (3), Jeremy Wilmer, Ilya Nikolaev, Josh Eernisse, Dane Dowiak, and Victor Czerneckianair all netted goals for the Storm in the victory. Arsenii Sergeev notched the win in goal for Tri-City after stopping 26 of Fargo’s 28 shots on net. The Storm clinched a victory in the eight-game season series against the Force in last night’s 8-2 win. Tri-City is now 4-1-1-0 against Fargo this season and 14-10-1-0 against the Force in head-to-head matchups over the last five years. The Storm improved to 25-0-1-0 when leading after the 1st period and 27-0-1-0 when leading after the 2nd period in Friday’s win. Tri-City is now 16-3-0-0 in games played at the Viaero Center this season.

Fargo (20-22-4-1) has dropped back-to-back games following last night’s six-goal road loss to Tri-City. Trevor Griebel and Erik Bargholtz each scored a goal in the defeat. The Force is still in sixth place in the Western Conference standings despite last night’s result. Fargo is currently ten points clear of the Des Moines Buccaneers for the final playoff spot in the Western Conference. The Force is now 5-4-1-0 over the last ten games. Scoring leaders for the Force entering tonight’s rematch against the Storm include Bret Link (17), Cole Knuble (15), Andre Gasseau (15), Ryan Alexander (14), and Tyler Rollwagen (9). Fargo holds a 5-6-1-0 record in games played at the Viaero Center over the past five seasons. The Force will return to the Viaero Center on Tuesday, April 19th for the final game in the year’s eight-game regular season series against the Storm. 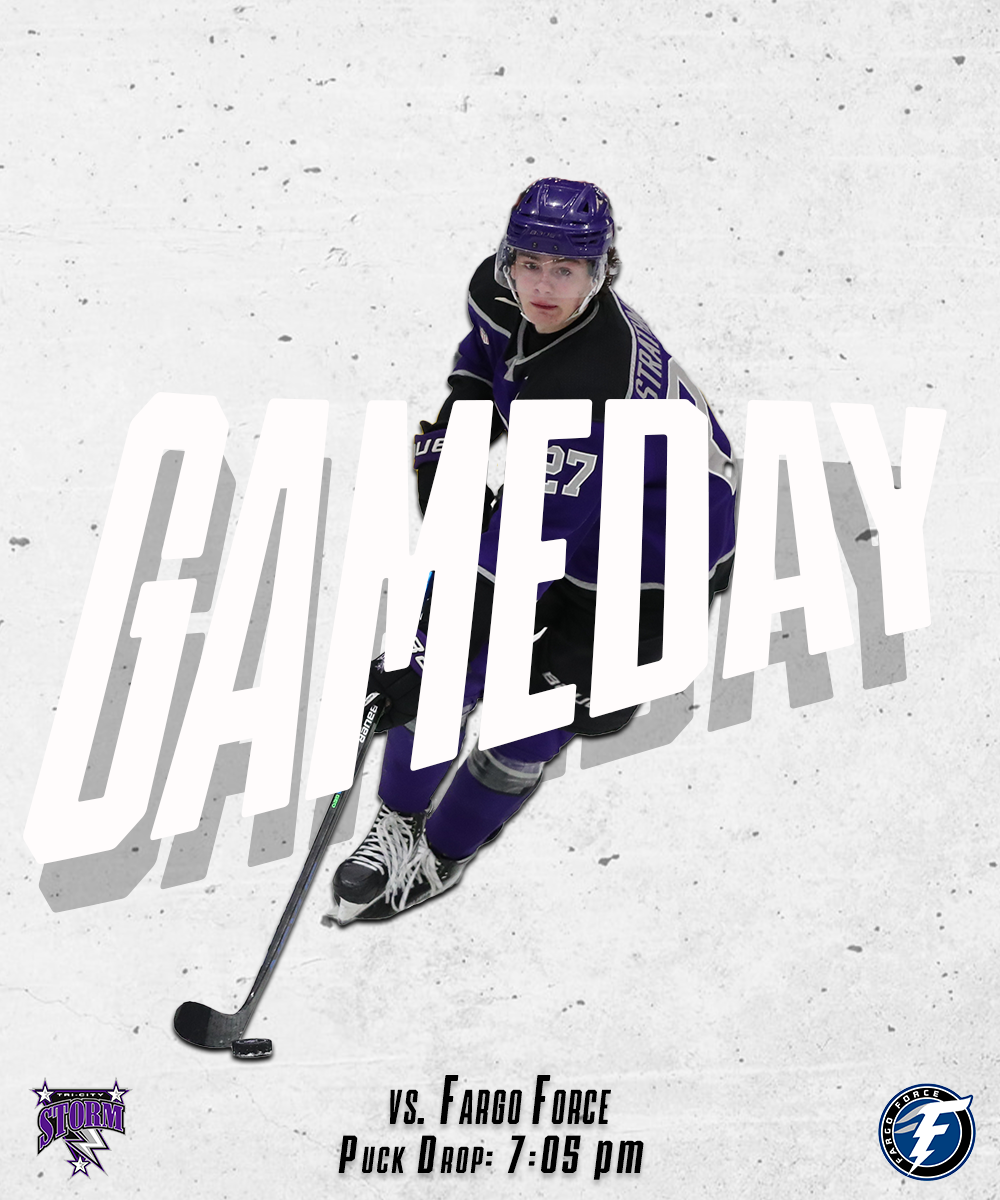