KEARNEY, NE – The Tri-City Storm seeks to become the first team in the USHL this season to clinch a spot in the Clark Cup Playoffs in tonight’s home game at the Viaero Center against the Fargo Force. The league-leading Storm can lock up a spot in the postseason with a win, overtime loss, or shootout loss in tonight’s game. The team can also earn a playoff berth tonight with a Des Moines Buccaneers regulation loss, overtime loss, or shootout loss in the team’s road game against the Sioux Falls Stampede. Tonight’s home game at the Viaero Center is “Ladies Night”. The game is also a “$5 Kids’ Friday”. Tickets to the game may be purchased online at www.StormHockey.com or by calling the Viaero Center Box Office during Box Office Hours at 308-338-8144. Puck drop is set for 7:05pm CT.

Tri-City (34-8-2-0) returns to action tonight after collecting four of a possible six points in the league standings last weekend. The Storm posted a two-game sweep of the Lincoln Stars after dropping the opening game of the weekend on the road to the Des Moines Buccaneers. The Storm outscored the Stars by a 16-3 margin and improved to 7-0-0-0 in head-to-head matchups against Lincoln this season. Scoring leaders for Tri-City entering tonight’s home game against the Fargo Force include Mitchell Miller (23), Cole O’Hara (21), Jeremy Wilmer (18), Lleyton Roed (16), Ilya Nikolaev (13), and Gavin Brindley (13). The Storm’s powerplay enters tonight’s game 2nd in the league based on conversion percentage (24.5%), but has scored six more goals than any team in the USHL this year (57). Tri-City’s penalty kill currently leads the league with a success rate of 84.8%. Following tonight’s home game against the Force, the Storm returns to action tomorrow night in another battle against the Force at the Viaero Center.

Fargo (20-21-4-1) is set to battle the Storm tonight following a 6-2 road loss to the Sioux City Musketeers on Sunday afternoon. Tyler Rollwagen and Erik Bargholtz each scored for the Force in the loss. Fargo enters tonight’s game in the final playoff spot in the Western Conference. Current scoring leaders for Fargo include Bret Link (17), Cole Knuble (15), Andre Gasseau (15), Ryan Alexander (14), and Tyler Rollwagen (9). The Force’s powerplay is currently ranked 13th (16.9%), and Fargo’s penalty kill is ninth-best in the league (80.4%). Fargo is 6-3-1-0 over the last ten games, and holds a record of 2-3-0-0 in head-to-head matchups against Tri-City this season. The Force will return home to Scheels Arena to host the Des Moines Buccaneers in back-to-back games next weekend. 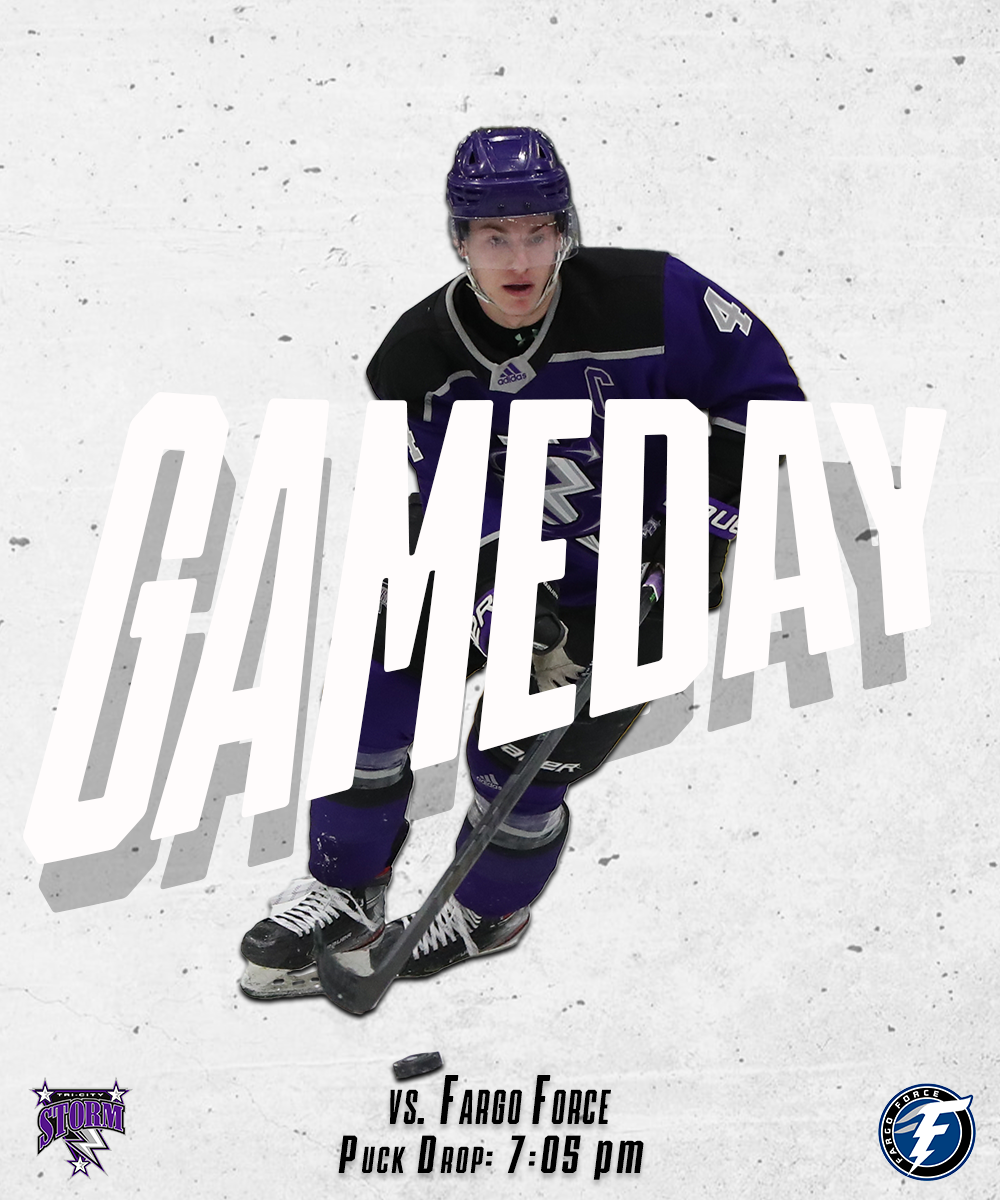