Storm to hold Selection Camp and Tryouts in Las Vegas

KEARNEY, NE. – The Tri-City Storm will host its 2022 Selection Camp and team tryouts June 14th – 18th in Las Vegas, Nevada. The five-day-long camp will determine the Storm hockey team for the 2022 -2023 United States Hockey League (USHL) season and will be held at the Las Vegas Ice Center at 9295 West Flamingo Road #130 in Las Vegas, NV.

The Tri-City Storm Selection camp is an invitation-only camp and selected players will receive an invitation via email following the USHL Drafts on May 2nd and May 3rd, 2022.

Due to USHL league policy, no camp invitations can be sent out to any USHL Draft-eligible players until the conclusion of the USHL Phase II Draft on May 3rd. The Storm will be sending out invites and registration form links via email. Registration for the camp will be completed online through a special camp invitation link.

Tuesday and Wednesday, June 14th, and 15th, will feature the Goaltender Camp in which junior and college hockey shooters will be on hand to shoot on the goaltending invitees. Each goaltender in attendance gets three on-ice sessions over the two days and is evaluated through a variety of drills. This camp gives selected goaltenders a chance to earn a coveted spot in the Storm Final Camp immediately following the Goaltender Camp. All goaltenders expecting to play for the Storm must go through this portion of camp. This camp, along with the Final Camp evaluation, allows the Tri-City Storm hockey staff to make the best decisions possible on the most important position in the game.

Friday evening and Saturday morning, June 17th, and 18th, will feature two “All-Star” teams of the top players from the Goaltender Camp and first days of the Final Camp. These players will participate in games and possible individual interviews with the Storm hockey staff before roster decisions are made on Saturday afternoon.

On Saturday, June 18th after the final game, the Storm hockey staff will select the 2022-2023 Tri-City Storm team that will compete in the USHL next season. These players will meet with the staff, go over their off-season expectations and team rules, given their off-season workout programs, and get acquainted with their new teammates and hockey staff as the team looks forward to a great season, which will begin when the players report to Kearney, Nebraska in late August and early September.

This camp is also a great opportunity for players who may not think they are quite ready for the USHL level yet, but want to experience an extremely competitive camp, become familiar with one of the top developmental programs in the country, meet the Storm hockey staff, and show their potential for following seasons.

The Storm’s Equipment Manager will be available during the camp to assist with equipment needs and skate sharpening for a small fee. There is also a pro shop on-site at the camp facility. Additionally, the Storm’s Athletic Trainer will be in attendance for basic medical needs during the camp.

All players are responsible for their own travel arrangements and meals while attending the Tri-City Storm Selection Camp. This includes flights, hotel, and transportation to/from the airport, hotel, and rinks facilities during the event. Rideshare companies Uber and Lyft are available.

The host hotel for this camp will be Bally’s Las Vegas located at 3645 Las Vegas Boulevard South / Las Vegas, NV 89109. Camp invitees will receive a special booking rate and reservation link. Note that players attending camp cannot check themselves into the host hotel - as hotel guests must be over 21 years of age for the reservation. The hotel will make no acceptations for this as per their policy.

The Las Vegas Ice Center is about twenty minutes away from McCarran International Airport if flights are necessary for travel.

Various NCAA Division I teams and NAHL clubs will be invited and in attendance for maximum exposure to players. Last season, over thirty (30) Division I teams attended this camp for viewing and recruiting purposes.

The camp facility and host hotel will meet all necessary state and government safety requirements necessary.

If the camp dates must be canceled or changed on behalf of the team – full refunds of the registration fees for the camp will be provided. No other refunds will be provided unless a player is added to the roster of another USHL club prior to the Tri-City Storm camp.

If you have any questions regarding the camp - you may email Tri-City Storm General Manager Jason Koehler (jkoehler@stormhockey.com) 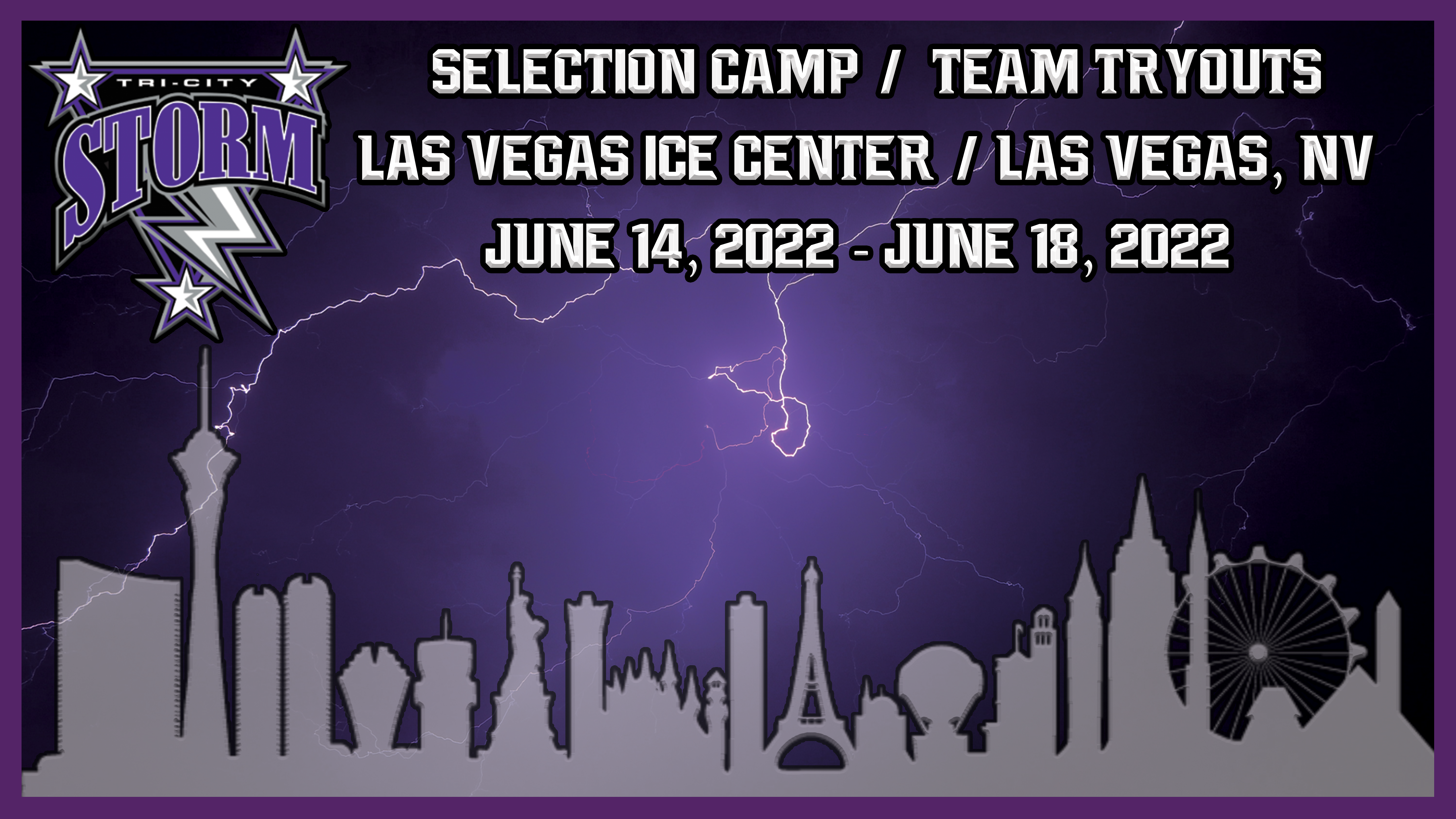