KEARNEY, NE. – The Tri-City Storm smashed the Lincoln Stars by a final score of 8-0 Saturday night at the Viaero Center in Head Coach Anthony Noreen’s 300th career victory behind the bench in the USHL. Sebastian Wraneschitz recorded the first shutout of his USHL career in goal for Tri-City. Mitchell Miller (2), Cole O’Hara, Andrew Strathmann, Dane Dowiak, Josh Eernisse, Tanner Adams, and Christian Fitzgerald all scored goals in one of the Storm’s most dominating performances of the season. The Storm and the Stars will hit the ice again tomorrow night in a rematch of tonight’s game. Puck drop at the Viaero Center is scheduled for 6:05pm CT.

Dane Dowiak netted a powerplay goal at 4:42 of Saturday’s 2nd period to give Tri-City a four-goal lead. Dowiak’s goal was his 10th of the season and was assisted by Mitchell Miller. Josh Eernisse scored his league-leading fourth shorthanded goal of the season at 7:18 of the period to give the Storm a 5-0 lead. Eernisse’s goal was his sixth of the season. Tri-City outshot Lincoln 9-8 in the 2nd period and the 3rd period began with the Storm leading by five goals.

Sebastian Wraneschitz turned in a strong performance in net for the Storm to record his first career shutout in the USHL. Wraneschitz stopped all 26 of Lincoln’s shots on net during the game. Cameron Whitehead recorded the loss in goal for the Stars after stopping 38 of the Storm’s 46 shots during the game. Saturday’s game was played in front of a crowd of 3,203.

Tri-City hits the ice again on Sunday, March 6th, in a home game against the Lincoln Stars. Puck drop is set for 6:05pm CT. For the latest information regarding the Storm skate to www.StormHockey.com. #StormAhead 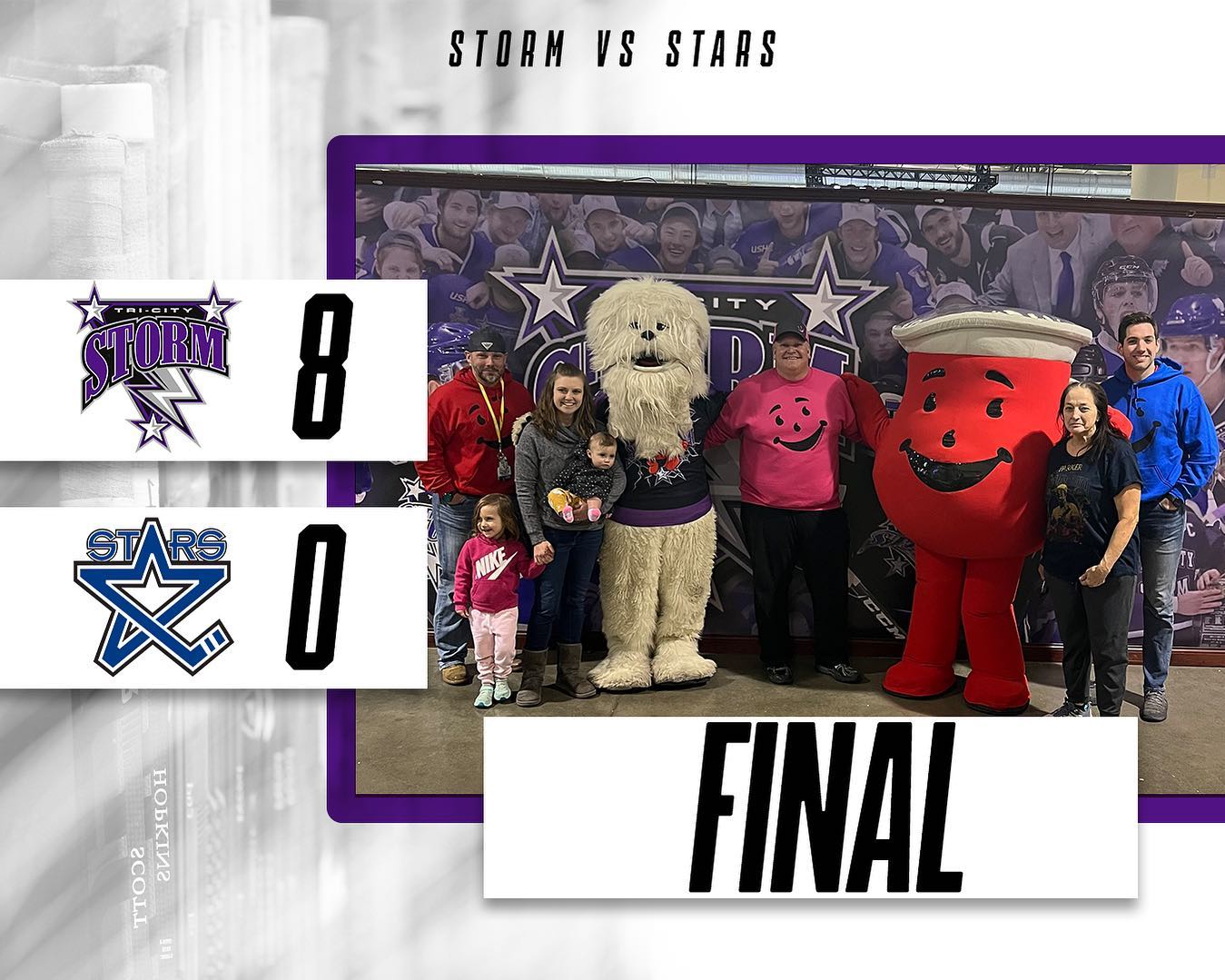