KEARNEY, NE – The Tri-City Storm is set to host the Lincoln Stars tonight at the Viaero Center for “Kool-Aid Night”. Tickets are still available for the game and can be purchased online at www.StormHockey.com or by calling the Viaero Center Box Office during Box Office hours at 308-338-8144. Puck drop is set for 7:05pm CT.

Tri-City (32-8-2-0) returns home to the Viaero Center after dropping a road decision to the Des Moines Buccaneers on Friday night by a final score of 2-0. The Storm will seek a bounce-back victory tonight after being held off the scoreboard for the first time this season last night. Both games this weekend will feature a matchup of the top two teams in the USHL’s Western Conference standings. Tri-City has won all five previous battles against the Stars this season by a combined margin of 24-9. The Storm won last year’s season series against the Stars with a final head-to-head record of 6-3-0-1. Tri-City has posted a record of 14-3 against Lincoln in games played at the Viaero Center in the rivalry over the last five years. A win tonight over the Stars would clinch a victory in the ten-game season series for the Storm. Scoring leaders for Tri-City entering tonight’s matchup include Cole O’Hara (20), Mitchell Miller (18), Jeremy Wilmer (17), Lleyton Roed (16), Ilya Nikolaev (13), and Gavin Brindley (13).

Lincoln (26-13-2-3) carries a five-game winning streak into tonight’s road game at the Viaero Center following an 8-4 home win last night over the Waterloo Black Hawks. The Stars broke out for a six-goal 3rd period to seal the victory. Aidan Thompson (2), Lucas Wahlin, Dalton Norris, Doug Grimes, Griffin Jurecki, Killian Kiecker-Olson, and Luke Johnson all scored goals for the Stars in the win. Lincoln is currently the only team in the USHL’s Western Conference that has won seven of its ten most recent games. Dalton Norris, Aidan Thompson, Lucas Wahlin, and Noah Laba are the only Stars players who have netted multiple goals against the Storm this season. It has been 406 days since Lincoln last defeated Tri-City in a regular season game.

Tonight’s home game against the Lincoln Stars is “Kool-Aid Night” at the Viaero Center with the Storm wearing specialty jerseys during the game. Tomorrow’s home game against the Lincoln Stars is a “Nebraska Lottery Rivalry 4-Pack” game at the Viaero Center. The 4-pack includes four tickets, four hot dogs, four sodas, two Nebraska Lottery Scratch Off Tickets, and two buy-one-get-one passes to the Kearney Children’s Museum all for only $40. Puck drop for Sunday’s game is set for 6:05pm CT. 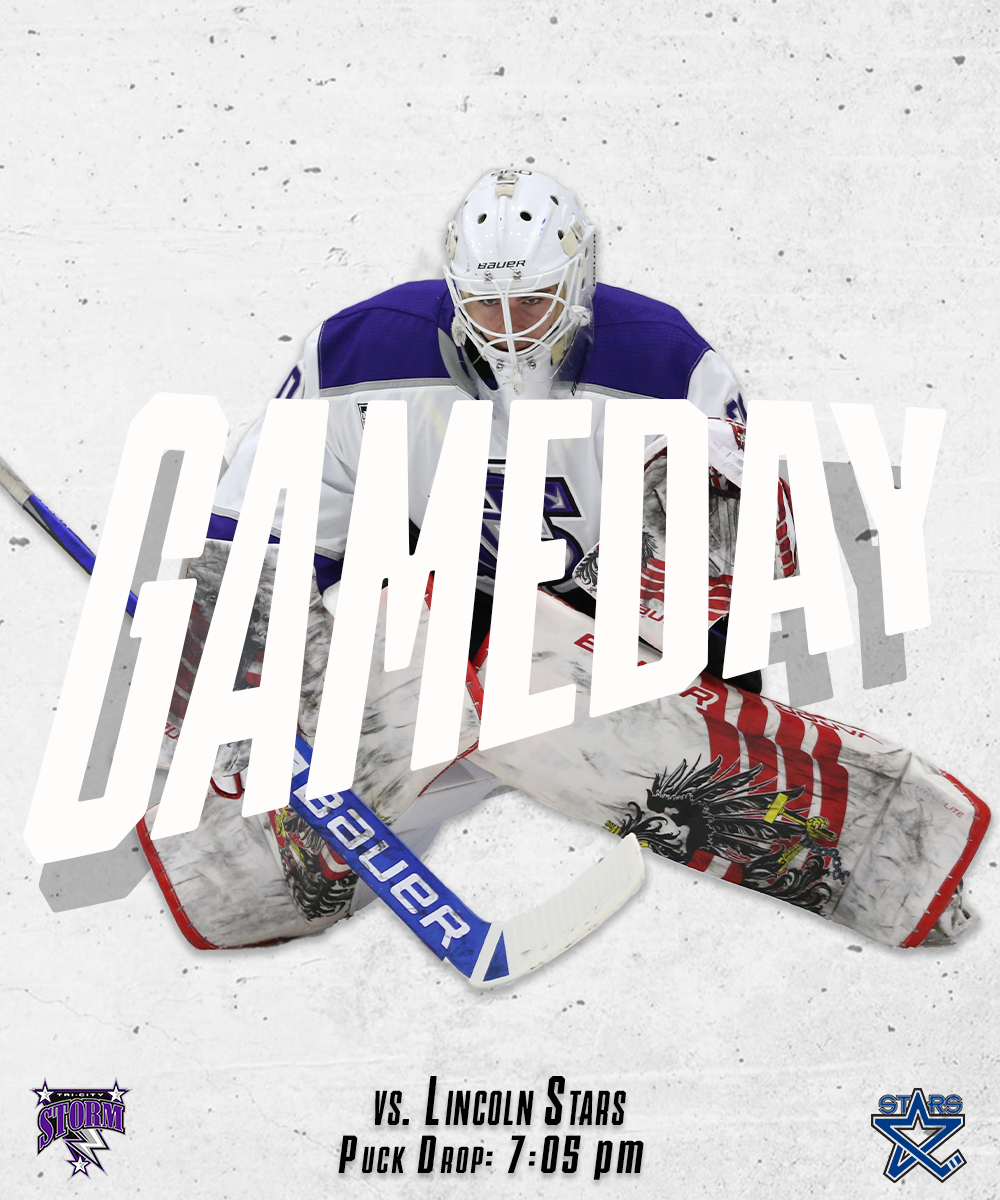