URBANDALE, IA – The Tri-City Storm begins a three-game weekend tonight in a road battle against the Des Moines Buccaneers. The Storm will return home to the Viaero Center for back-to-back games against the Lincoln Stars tomorrow and Sunday. Tickets to each home game can be purchased online at www.StormHockey.com or by calling the Viaero Center Box Office during Box Office hours at 308-338-8144. Puck drop for tonight’s road game at Buccaneer Arena is scheduled for 7:00pm CT.

Tri-City (32-7-2-0) hits the ice tonight at Buccaneer Arena following a 4-1 home victory over the Sioux Falls Stampede last Saturday night. Over 4,000 people packed into the Viaero Center to watch the matchup. It was the largest attended Storm game in nearly six years. Dane Dowiak (2), Cole O’Hara, and Josh Eernisse each netted goals for Tri-City in the win. Sebastian Wraneschitz stopped 22 of the Stampede’s 23 shots on net to record the win in goal for the Storm. Tri-City’s powerplay notched two goals last time on the ice and leads all teams in this league this season with 52 total powerplay goals scored. The Storm also netted a shorthanded goal in Saturday’s game and is now tied for the league lead with eight shorthanded goals scored this year.

Des Moines (13-24-3-2) enters tonight’s home game at Buccaneer Arena near the bottom of the USHL’s Western Conference standings. The Buccaneers have dropped all four of the previous head-to-head matchups against the Storm this season. Des Moines has been outscored by a margin of 25-7 in those games. The Buccaneers dropped back-to-back games last weekend against the Sioux City Musketeers and Waterloo Black Hawks. Des Moines has won two of its past ten games and is seeking to snap a three-game winless streak in tonight’s game. The Buccaneers will host the Waterloo Black Hawks tomorrow night at Buccaneer Arena to complete a two-game weekend following tonight’s contest against the Storm.

Tomorrow’s home game against the Lincoln Stars is “Kool-Aid Night” at the Viaero Center with the Storm wearing specialty jerseys during the game. The game is scheduled to begin at 7:05pm CT. Sunday’s home game against the Lincoln Stars is a “Nebraska Lottery Rivalry 4-Pack” game at the Viaero Center. The 4-pack includes four tickets, four hot dogs, four sodas, two Nebraska Lottery Scratch Off Tickets, and two buy-one-get-one passes to the Kearney Children’s Museum all for only $40. Puck drop for Sunday’s game is set for 6:05pm CT. 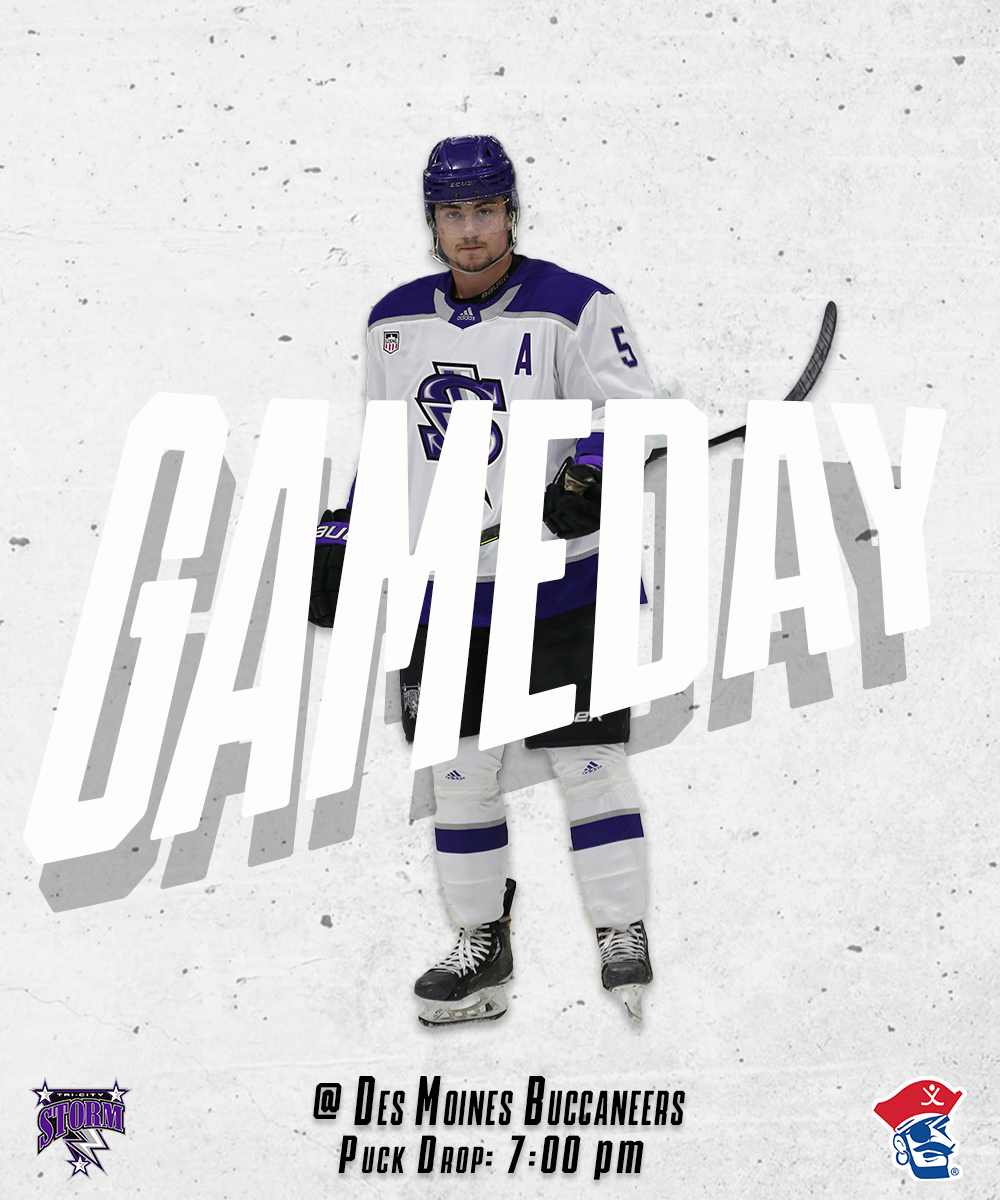