KEARNEY, NE – The Tri-City Storm seeks a weekend sweep of the Sioux Falls Stampede tonight at the Viaero Center following last night’s 7-1 home victory. Defenseman Matt Basgall netted two goals in his debut game with the team. Graham Gamache, Vinny Borgesi, Josh Eernisse, Jeremy Wilmer, and Christian Fitzgerald also netted goals for the Storm in the six-goal victory. Tickets to tonight’s game are going fast and can be purchased online at www.StormHockey.com or by calling the Viaero Center Box Office at 308-338-8144. The Tri-City Storm and the Viaero Center will host a postgame skate following tonight’s game. Puck drop is scheduled for 7:05pm CT.

Tri-City (31-7-2-0) snapped a brief two-game losing skid in last night’s home win over Sioux Falls. The Storm is now 7-2-1-0 over the last ten games and improved to 4-1-0-0 in head-to-head games against the Stampede this season in the win. Tri-City currently holds a ten-point lead over the Sioux City Musketeers for 1st place in the USHL’s Western Conference standings. The Storm is now 21-0-1-0 when leading after the 1st period and 23-0-1-0 when leading after the 2nd period this season. Tri-City has outscored Sioux Falls 21-8 through the opening five games of this year’s nine-game season series. Tri-City improved to 14-9-1-0 in head-to-head matchups against Sioux Falls over the past five seasons in last night’s 7-1 win on home ice. In three of the five games played between the two teams this season, Tri-City has held the Sioux Falls offense to only one goal. The Storm is now 22-3-1-0 when outshooting its opponents this season after outshooting the Stampede by a final margin of 36-18 in last night’s game. Tri-City will play three games in three days next weekend following tonight’s home game against Sioux Falls. The Storm will host the Lincoln Stars on Saturday and Sunday after completing a road game against Des Moines Buccaneers on Friday.

Sioux Falls (13-23-3-2) netted a powerplay goal but was unable to score at even strength in last night’s six-goal road loss to Tri-City. Austen May netted the team’s only goal in the game at 4:28 of the 2nd period. The scoring play was his third goal of the year. The Stampede enters tonight’s game in 7th place in the USHL’s Western Conference standings, and has won two of its last ten games played. Sioux Falls’ 92 goals scored this year is the least amount of any team in the league to this point in the season. The Stampede is now 1-19-0-1 when trailing after the 1st period, and 0-18-0-0 when trailing after the 2nd period following last night’s result at the Viaero Center. Sioux Falls will play a pair of road games next weekend against the Fargo Force and Omaha Lancers following tonight’s game. 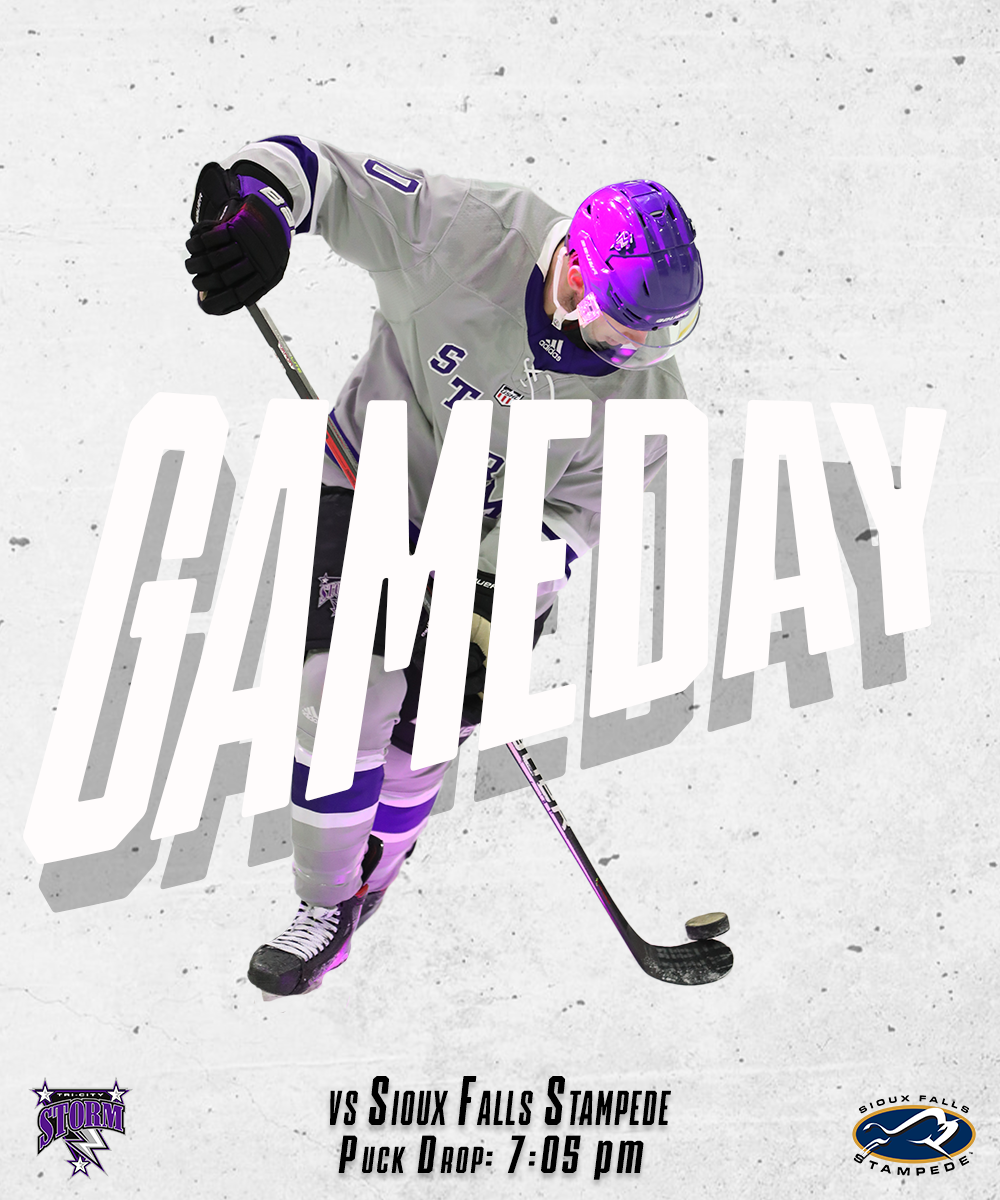