Storm bounces back with 7-1 win over Stampede

KEARNEY, NE. – The Tri-City Storm notched a bounce-back victory over the Sioux Falls Stampede Friday night at the Viaero Center after dropping consecutive games in regulation time for only the second time this season. Defenseman Matt Basgall, who was acquired in a transaction with the Omaha Lancers on Thursday, scored twice in Tri-City’s 7-1 home victory over the Sioux Falls Stampede. Graham Gamache, Vinny Borgesi, Josh Eernisse, Jeremy Wilmer, and Christian Fitzgerald also scored goals for Tri-City in the win. Tickets are selling fast for tomorrow’s home game and can be purchased online at www.StormHockey.com or by calling the Viaero Center Box Office at 308-338-8144. Puck drop for Saturday’s rematch between the Storm and the Stampede is scheduled for 7:05pm CT.

Matt Basgall notched his second goal of the game and eighth goal of the season at 4:49 of the 3rd period. The goal was assisted by Cole O’Hara and Jeremy Wilmer, and was the final scoring play of Friday’s game. Sebastian Wraneschitz notched his fourth win of the season in net for Tri-City after turning away 17 of Sioux Falls’ 18 shots on net. Noah Grannan recorded the loss in net for the Stampede after making 18 saves on 24 shots. Isak Posch made 11 saves on 12 shots in relief of Grannan in the final 26:09 of game time.

Tri-City hits the ice again on Saturday, February 26th, in a home game against the Sioux Falls Stampede. Puck drop is set for 7:05pm CT. For the latest information regarding the Storm skate to www.StormHockey.com. #StormAhead 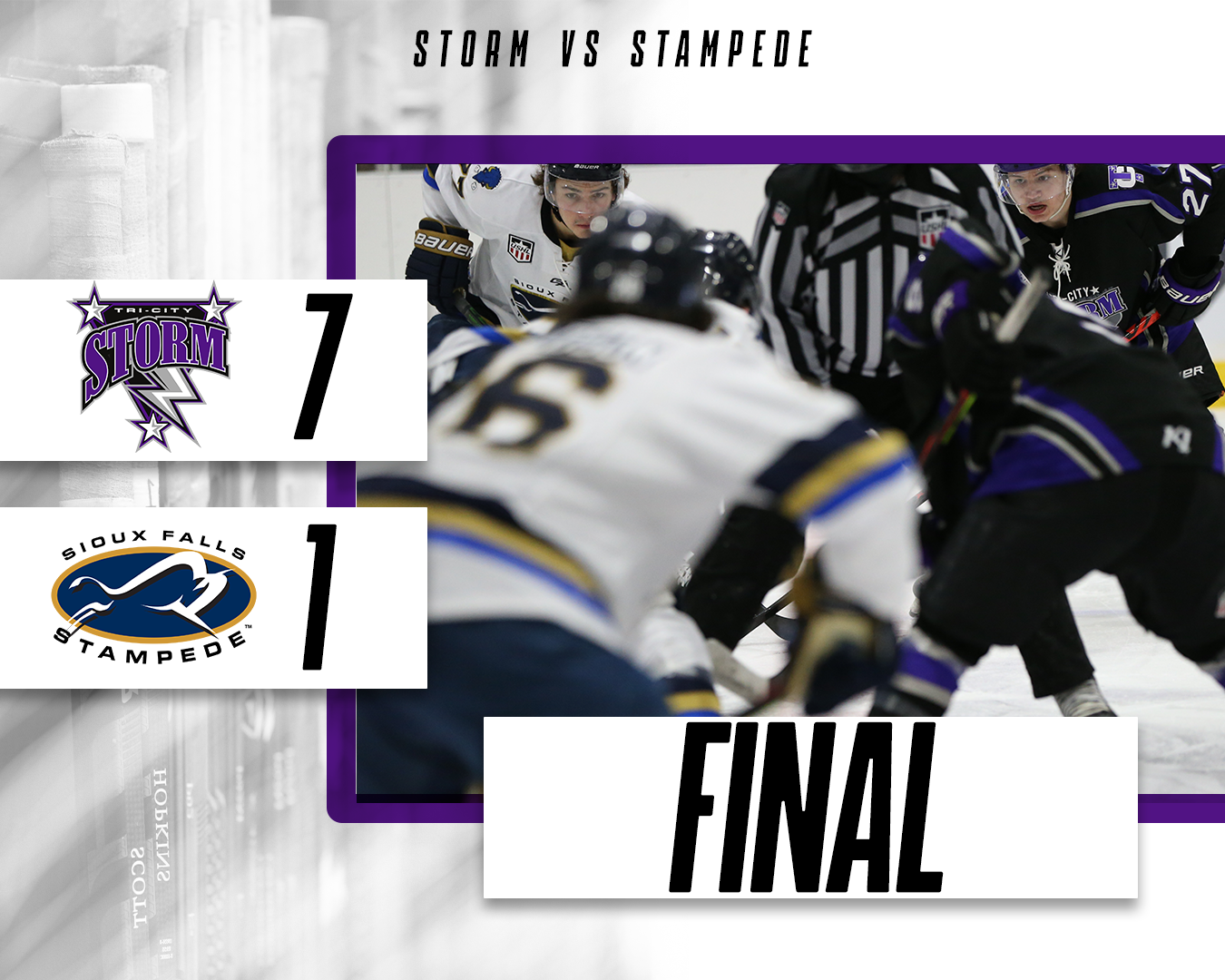