KEARNEY, NE – The Tri-City Storm is set to host the Sioux Falls Stampede tonight at the Viaero Center following last Friday’s 3-2 home loss to the Omaha Lancers. Tonight’s home game is a $5 Kids’ Friday and “Kids’ Night”. Tickets to the game may be purchased online at www.StormHockey.com or by calling the Viaero Center Box Office during Box Office Hours at 308-338-8144. Puck drop for tonight’s matchup against Sioux Falls is set for 7:05pm CT.

Tri-City (30-7-2-0) returns to action tonight at the Viaero Center as the 1st place team in the USHL’s league standings. Tanner Adams and Andrew Strathmann each netted a goal in Tri-City’s 3-2 home loss to Omaha one week ago. Tri-City dropped to 3-7-1-0 when trailing after the 1st period, and 2-3-0-0 when trailing after the 2nd period in the loss. The Storm has collected six of a possible eight points against the Stampede to this point in the season series. Tri-City has posted three consecutive victories over Sioux Falls after dropping the opening game of this year’s nine-game season series on October 23rd, 2021, at the Viaero Center. Tri-City won last year’s season series over Sioux Falls with a head-to-head record of 5-2-1-0. Jeremy Wilmer (3), Dane Dowiak (3), Tanner Adams (2), and Lleyton Roed (2) lead all Storm players with the most goals scored in this year’s season series against the Stampede. Sebastian Wraneschitz is seeking to become the first Storm goaltender to record multiple victories over the Stampede this season following his USHL debut, and first career win, against Sioux Falls on January 21st. The Storm will host the Stampede again tomorrow night at the Viaero Center to complete play in a two-game weekend.

Sioux Falls (13-22-3-2) is seeking a bounce-back victory following a 4-3 overtime loss to the Sioux City Musketeers last Saturday at the Denny Sanford PREMIER Center. Daniel Russell, Maddox Fleming, and Sam Harris scored for the Stampede in the loss. Despite last weekend’s games being played on home ice, Sioux Falls is currently in a stretch of playing twelve out of sixteen games on the road. The Stampede has posted a road record of 6-11-1-1 this season. Sioux Falls holds a 2-5-2-1 record over the past ten games and has produced a record of 6-4-1-0 in games played against the Storm at the Viaero Center over the past five seasons. Scoring leaders for Sioux Falls entering tonight’s game include Daniel Russel (12), Michael LaStarza (9), Garrett Pinoniemi (9), Blake Humphrey (8), and Maddox Fleming (7). Sioux Falls enters tonight’s game in 7th place in the Western Conference standings. 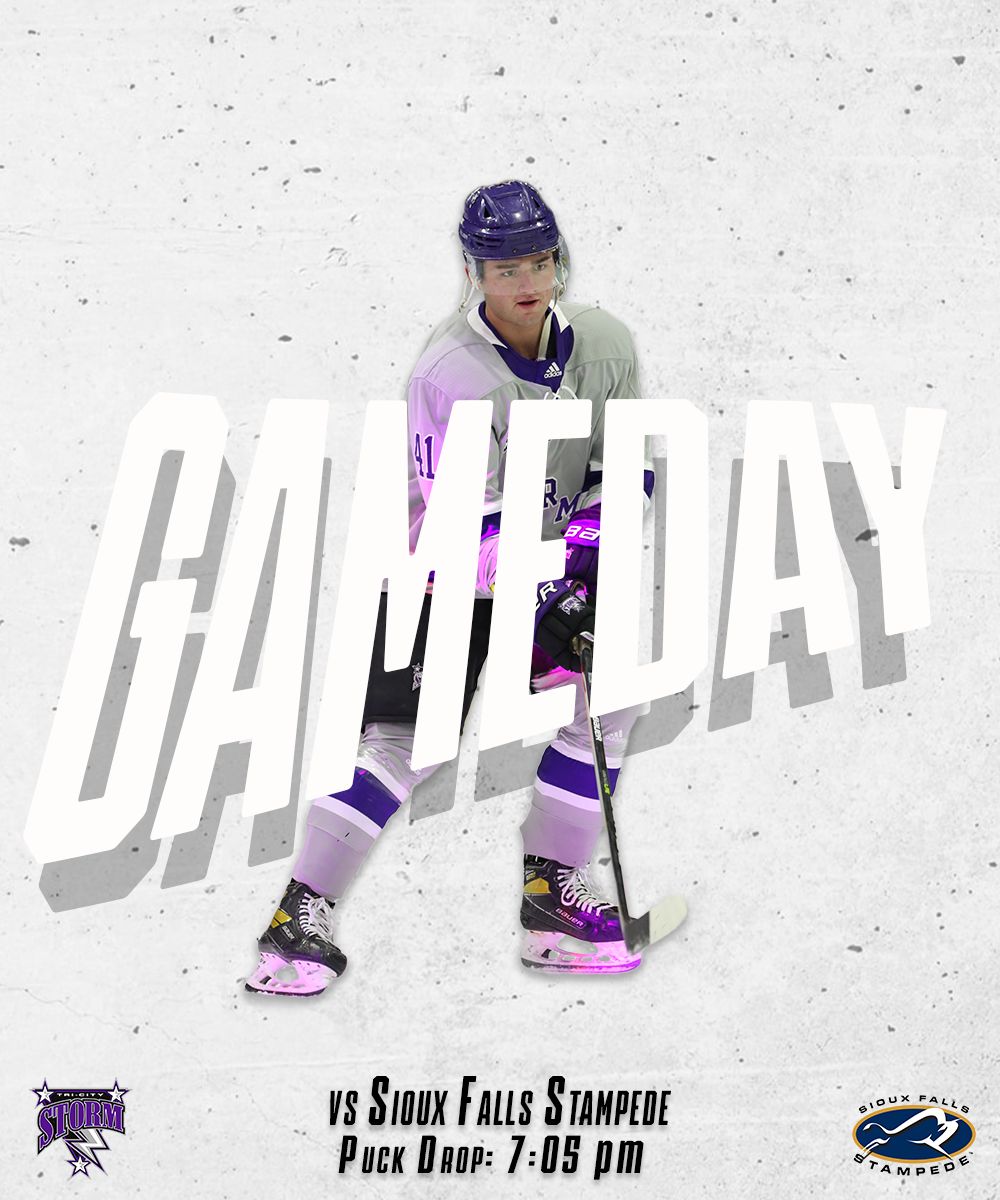