KEARNEY, NE. – The Tri-City Storm has announced the acquisition of defenseman Matt Basgall from the Omaha Lancers in exchange for defenseman Nate Benoit. The transaction was completed in advance of the upcoming United States Hockey League (USHL) Trade Deadline on Monday, February 28th at 6:00pm CT.

Matt Basgall, of Lake Forest, Illinois, has scored six goals and recorded 19 assists in 36 games played this season for the Omaha Lancers. Basgall is currently in his third full-time season in the USHL, and has netted nine goals and notched 37 assists in 125 career USHL games. He was drafted 73rd overall in the 5th round of the 2018 USHL Phase I Draft by the Storm. Basgall was traded to the Omaha Lancers in a package of players and draft assets on December 27th, 2018, in Tri-City’s acquisition of forward Brendan Furry. He made his USHL debut on January 27th, 2019, in Omaha’s 3-2 overtime home loss to the Youngstown Phantoms. Basgall scored his first career USHL goal on February 15th, 2020, in Omaha’s 3-0 road victory over the Fargo Force. Basgall previously announced a commitment to play collegiate hockey for Michigan State University.

Nate Benoit, of Bow, New Hampshire, scored one goal and notched five assists in 39 games played for the Storm during the 2021-2022 regular season. Benoit appeared in three games with the Storm during the 2021-2021 regular season as an affiliate-list callup. He was selected 49th overall in the 4th round of the 2020 USHL Phase II Draft by the Storm. Benoit made his USHL debut on April 1st, 2021, in Tri-City’s 5-1 road victory over the Des Moines Buccaneers. He netted his first career USHL goal on November 27th, 2021, in the Storm’s 5-4 overtime loss on the road to the Fargo Force. He previously announced a commitment to play collegiate hockey for the University of North Dakota. Benoit was selected 182nd overall in the 6th round of the 2021 NHL Draft by the Minnesota Wild.

“We felt Matt Basgall was the best available player heading into the USHL trade deadline, and we owed it to this group to give them the best possible chance to win right now. Matt is a veteran who has played heavy minutes in a successful organization. His veteran presence and leadership qualities will be a great addition to our locker room. Nate Benoit was a great teammate during his time in Kearney, and we wish him the best moving forward.” – President of Hockey Operations/Head Coach Anthony Noreen

“First off, we wish Nate Benoit the best moving forward with the Lancers. He was a great person, player, and teammate while with our club, and he has a bright future at the college and pro levels down the road. We welcome Matt Basgall to Kearney for the second half of the regular season and playoffs. We feel we have added an additional talent and element we want and need at crunch time. Matt's experience in the USHL and within the Western Conference the last three seasons, is a huge benefit to a player who has familiarity with our organization and coaching staff based on past connections here. We look at Matt as an overall upgrade to an already deep and competitive defensive core. He was a standout player this year with the Lancers and their defensive group, playing in all situations and major minutes. We expect the same performance with us after a brief transition period. Matt's a competitor, leader, winner, and we hope that he is as excited to join us as we are to have him with the Tri-City Storm.” – General Manager Jason Koehler 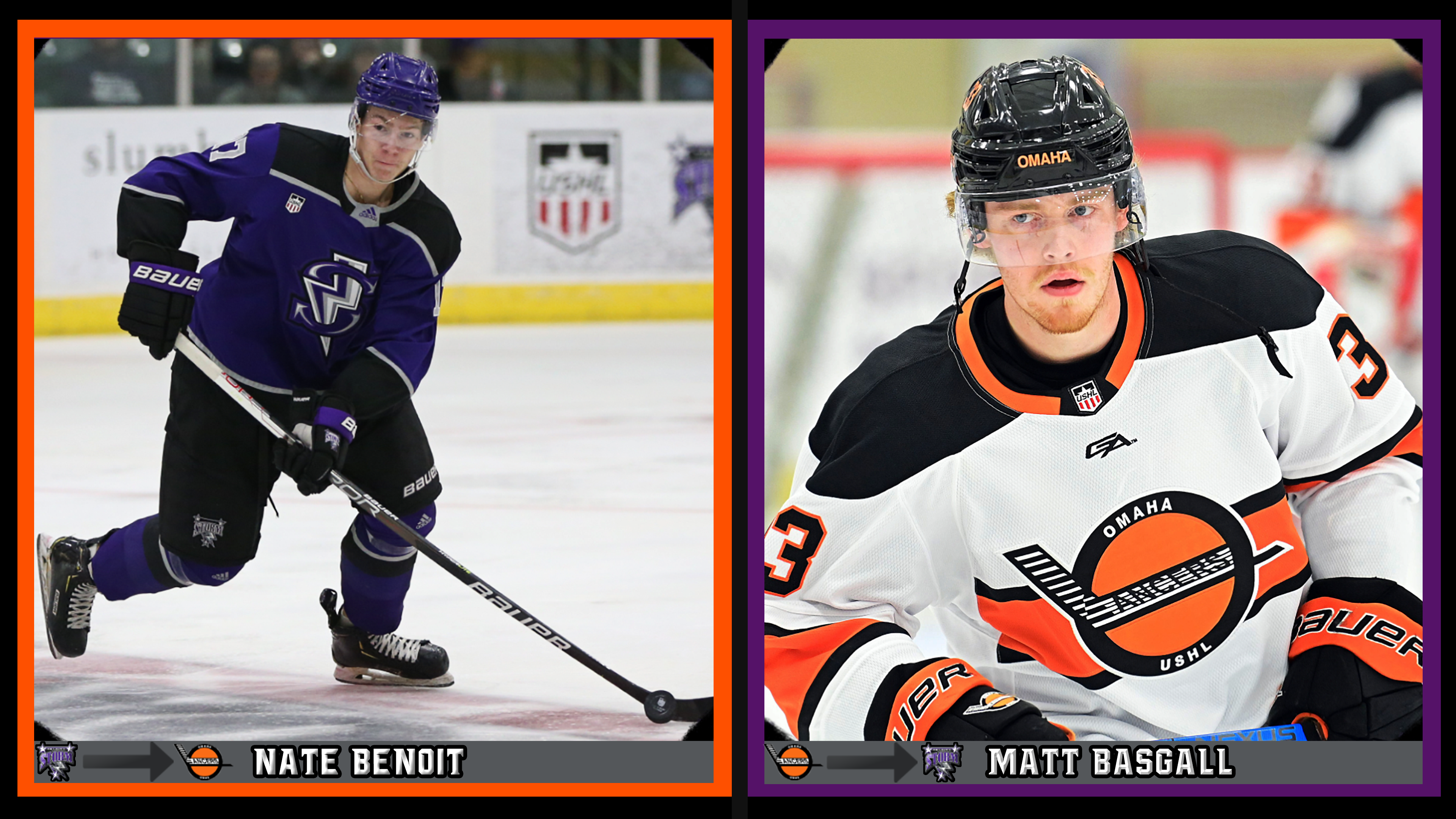