FARGO, ND – The Tri-City Storm carries a twelve-game point streak into this weekend’s road series against the Fargo Force. Tri-City is one point away from tying the organization’s record for most consecutive games with a point (Win/Overtime Loss/Shootout Loss). The 2015-2016 Clark Cup Championship team recorded at least one point in the USHL standings in thirteen consecutive games from February 12th, 2016, to March 19th, 2016. Tri-City had its organizational record eleven-game winning streak snapped in a 4-3 overtime loss to the Chicago Steel on Sunday. Puck drop for tonight’s Western Conference matchup between the Storm and the Steel is scheduled for 7:05pm CT.

Tri-City (29-5-2-0) extended its lead over the Chicago Steel for first place in the USHL’s standings following last weekend’s road series against the Steel. The Storm collected three of a possible four points in the standings and outscored the Steel by an 8-4 margin in the two games played. The Storm’s powerplay netted one goal last weekend and is currently third-best in the league based on conversion percentage (23.8%). Tri-City’s 46 powerplay goals scored this season are the most in the league. The Storm’s penalty kill finished the weekend 8/10 against Chicago’s league-leading powerplay (27.5%) and is also ranked third-best in the USHL this year (23.8%). Tri-City has recorded five of a possible six points in three previous games this season against the Fargo Force. The Storm won last year’s season series with a record of 4-2-0-0. The Force eliminated the Storm from the 2021 Clark Cup Playoffs by winning two of three games at the Viaero Center in the 2021 Western Conference Semifinals. Tri-City is 12-91-0 against Fargo in head-to-head matchups over the last five seasons. The Storm has outscored the Force by a margin of 10-7 through the opening three games of this season’s eight-game season series between the two teams. Arsenii Sergeev was named the USHL’s Goaltender of the Week on Tuesday for the fourth time this season following his efforts last weekend in net for the Storm.

Fargo (15-18-3-1) enters tonight’s game in sixth place in the USHL’s Western Conference standings following a 3-2 overtime victory over the Waterloo Black Hawks at Young Arena last Saturday night. After completing a three-game road trip, the Force now returns home for four consecutive home games. Fargo’s home record of 7-7-2-1 is currently the next to last home record in the USHL’s Western Conference. The Force’s powerplay is ranked 12th in the league entering tonight’s home game against the Storm (17.4%). Fargo’s penalty kill is ranked 10th in the USHL with a success rate of 79.5%. Scoring leaders entering tonight’s game for Fargo include Bret Link (15), Andre Gasseau (12), Cole Knuble (11), Ryan Alexander (11), Charlie Lurie (7), and Felikss Gavars (7). Louden Hogg and Anton Castro have played the major of minutes in net this season for Fargo. Hogg’s record is currently 8-8-2-0 and Castro’s is 4-5-1-1 entering tonight’s game. Fargo is 5-5-0-0 in the last ten games and will host Tri-City again tomorrow night. 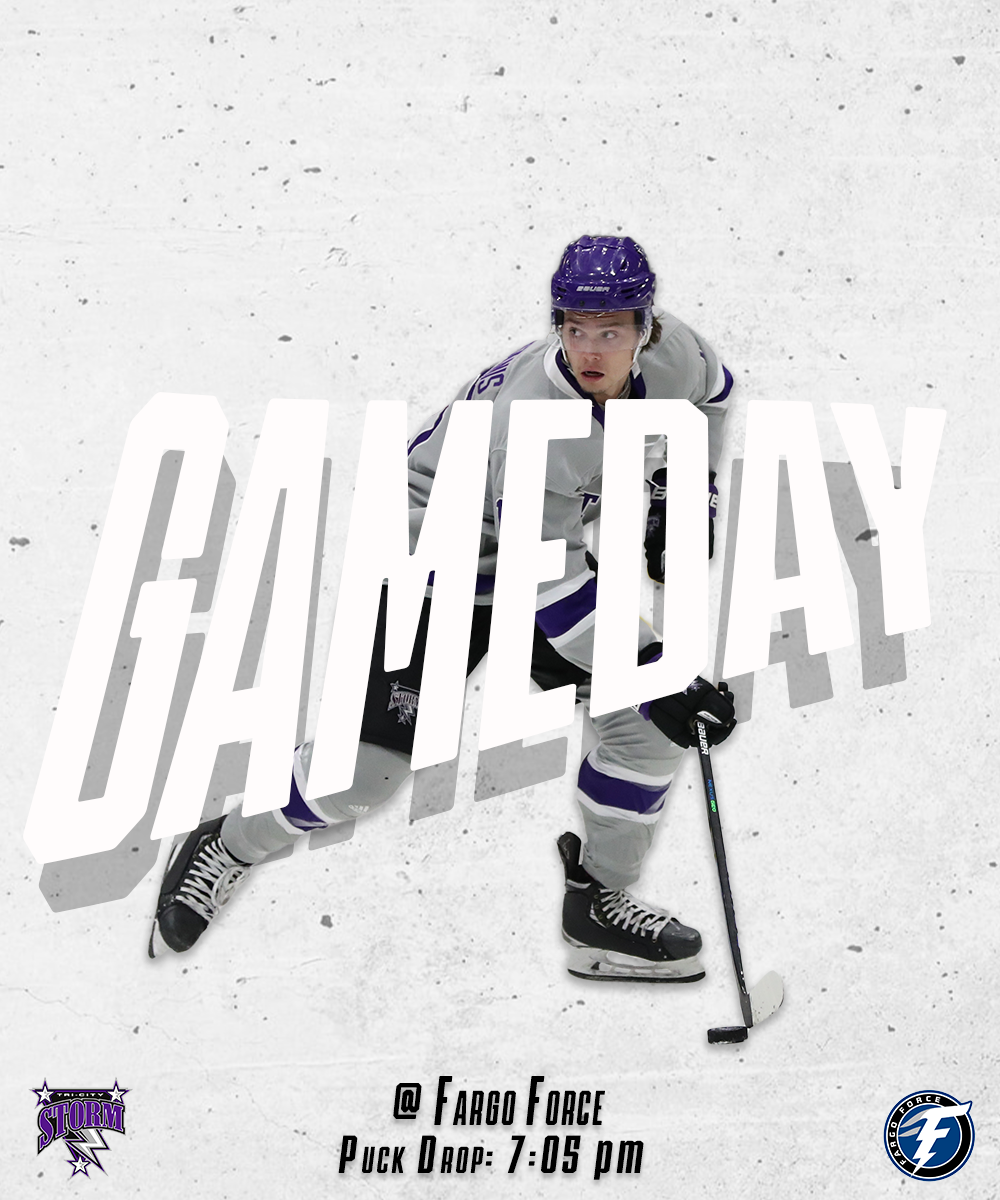