KEARNEY, NE – The Tri-City Storm returns home to the Viaero Center this afternoon for the organization’s annual “Scout Night” game against the Des Moines Buccaneers. The Storm has won seven consecutive games for the second time this season and seeks a weekend sweep following a 5-1 road victory over the Sioux Falls Stampede on Friday night. Tickets to today’s game are still available and may be purchased by calling the Viaero Center Box Office at 308-338-8144 or by visiting www.StormHockey.com. Puck drop is scheduled for 3:05pm CT.

Tri-City (25-5-1-0) became the first team in the USHL this season to reach the 25 win plateau in Friday’s road win over the Sioux Falls Stampede. Tri-City currently holds a five-point lead with two games in hand over the Chicago Steel for first place in the USHL’s league standings. The Storm has won nine of the last ten games played. Dane Dowiak (2), Jeremy Wilmer (2), and Tanner Adams each netted goals for Tri-City in Friday’s win. Sebastian Wraneschitz made his USHL debut in goal for Tri-City and recorded the first victory of his USHL career. Wraneschitz stopped 22 of the Stampede’s 23 shots on goal during the game. Tri-City has dominated in the first three games of this year’s six-game season series against Des Moines. The Storm has posted a perfect 3-0-0-0 record in head-to-head matchups against the Buccaneers this season and has outscored Des Moines by a combined margin of 18-3. The Storm is 14-8-2-1 in games against the Buccaneers over the past five seasons. Tri-City also holds a 7-3-2-1 record against Des Moines in games played at the Viaero Center during that span. Scoring leaders for the Storm entering this afternoon’s home game include Cole O’Hara (14), Lleyton Roed (14), Jeremy Wilmer (13), Mitchell Miller (13), and Gavin Brindley (11). Following today’s home game at the Viaero Center, Tri-City will return to action on Thursday in the opening game of the 2022 USHL Frosty Cup against the Lincoln Stars at the Comerica Center in Frisco, Texas.

Des Moines (11-17-2-1) is set to complete play in a three-game weekend this afternoon in Kearney after splitting road games with the Omaha Lancers and Lincoln Stars on Friday and Saturday. The Buccaneers posted three unanswered goals in Friday’s 3rd period to post a 3-1 road victory over the Lancers at the Liberty First Credit Union Arena. Des Moines fell to Lincoln at the Ice Box last night by a final score of 4-2. The Buccaneers surrendered the final two goals of the game in the 2nd period to record the loss. Des Moines enters today’s game in 7th place in the USHL’s Western Conference standings. The Buccaneers have won four of the last ten games played. Scoring leaders for Des Moines entering this afternoon’s road game at the Viaero Center include Scout Truman (14), Killian Kiecker-Olson (12), Tanner Latsch (11), Davis Burnside (10), Tiernan Shoudy (5), and Paul Davey (5). Following today’s game against the Storm, Des Moines will return to action next weekend in back-to-back road games against the Fargo Force. 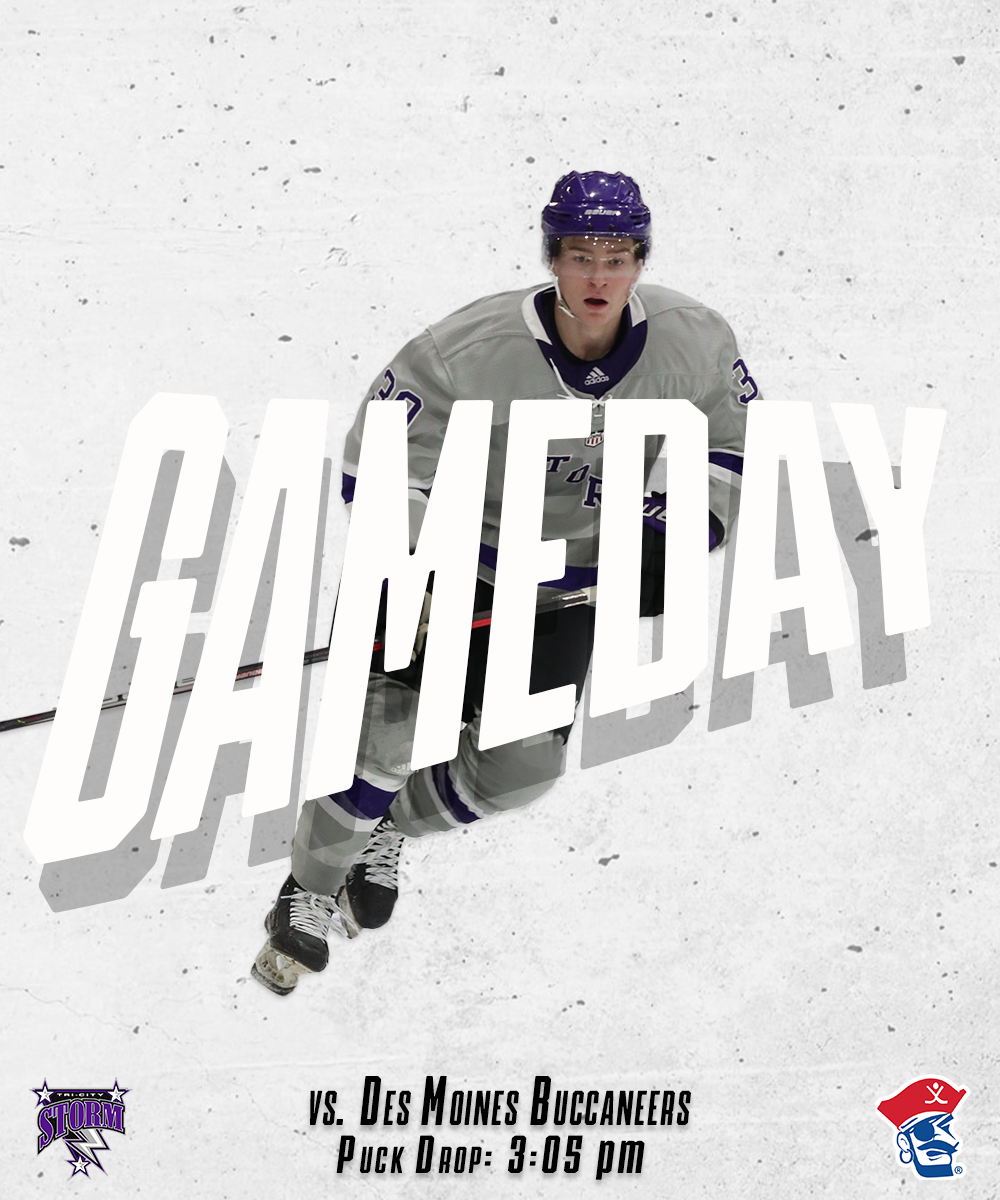