SIOUX FALLS, SD – The Tri-City Storm puts the longest active winning streak in the Western Conference on the line tonight at the Denny Sanford PREMIER Center in a road matchup against the Sioux Falls Stampede. Tri-City swept the Fargo Force and Omaha Lancers last weekend, and enters tonight’s game against Sioux Falls having won the last six games. Following tonight’s road game, the Storm will return home to the Viaero Center for “Scout Night” against the Des Moines Buccaneers. Puck drop for tonight’s road game is scheduled for 7:05pm CT.

Tri-City (24-5-1-0) sits atop the league standings entering tonight’s road game against Sioux Falls. The Storm has collected wins in eight of the last ten games, including a 4-1 road win over the Omaha Lancers on Sunday evening. Aiden Dubinsky, Mitchell Miller, Kieran Cebrian, and Cole O’Hara each netted goals for Tri-City in the win. Arsenii Sergeev and Michael Sochan each saw time in goal for the Storm during the game. Sergeev recorded the victory in goal after stopping 15 of Omaha’s 16 shots in 46:46 of playing time. Sochan turned away all five shots faced and played the final 13:14 of game time for the Storm. Jeremy Wilmer and Arsenii Sergeev were honored for their efforts in last weekend’s games as USHL Players of the Week on Tuesday. Wilmer was named the USHL’s Forward of the Week for the first time in his Storm career, and Sergeev was named the USHL’s Goaltender of the Week for the third time this season. Sergeev was ejected from Sunday’s 3rd period and will be unavailable for the Storm this weekend as he serves a two-game suspension for roughing. Tri-City has won two of three games played against Sioux Falls this season and holds a 12-9-1-0 record against the Stampede in head-to-head matchups played over the last five seasons. Earlier this week, defenseman Vinny Borgesi and Head Coach Anthony Noreen represented the Tri-City Storm in the 2022 edition of the BioSteel All-American Game at USA Hockey Arena in Plymouth, Michigan. Noreen led team Blue to a 4-3 overtime victory and Borgesi recorded an assist on the team’s opening goal of the 3rd period. Borgesi also finished the game with a plus/minus rating of +2.

Sioux Falls (11-18-1-1) seeks to snap a short three-game losing skid in tonight’s home game against Tri-City. The Stampede won the opening game of the season series by a final score of 3-2 at the Viaero Center on October 23rd, but have since dropped the two most recent games played against the Storm by a final score of 3-2 (SO) on December 11th and 4-1 on December 12th. Tonight’s game is the fourth in this year’s nine-game season series between the Stampede and the Storm. Last weekend, Sioux Falls dropped consecutive home games to the Lincoln Stars and Omaha Lancers. Sioux Falls was outscored 8-2 during the weekend. The Stampede finished the 2020-2021 season with a record of 3-4-1-0 against the Storm. Garrett Pinoniemi (9), Blake Humphrey (8), Daniel Russell (6), and Clint Levens (5) lead the Stampede in scoring entering tonight’s matchup against the Storm. Isak Posch and Noah Grannan have split time in goal this year for Sioux Falls. Posch is 5-13-0-0 and Grannan is 6-4-1-1 this season. 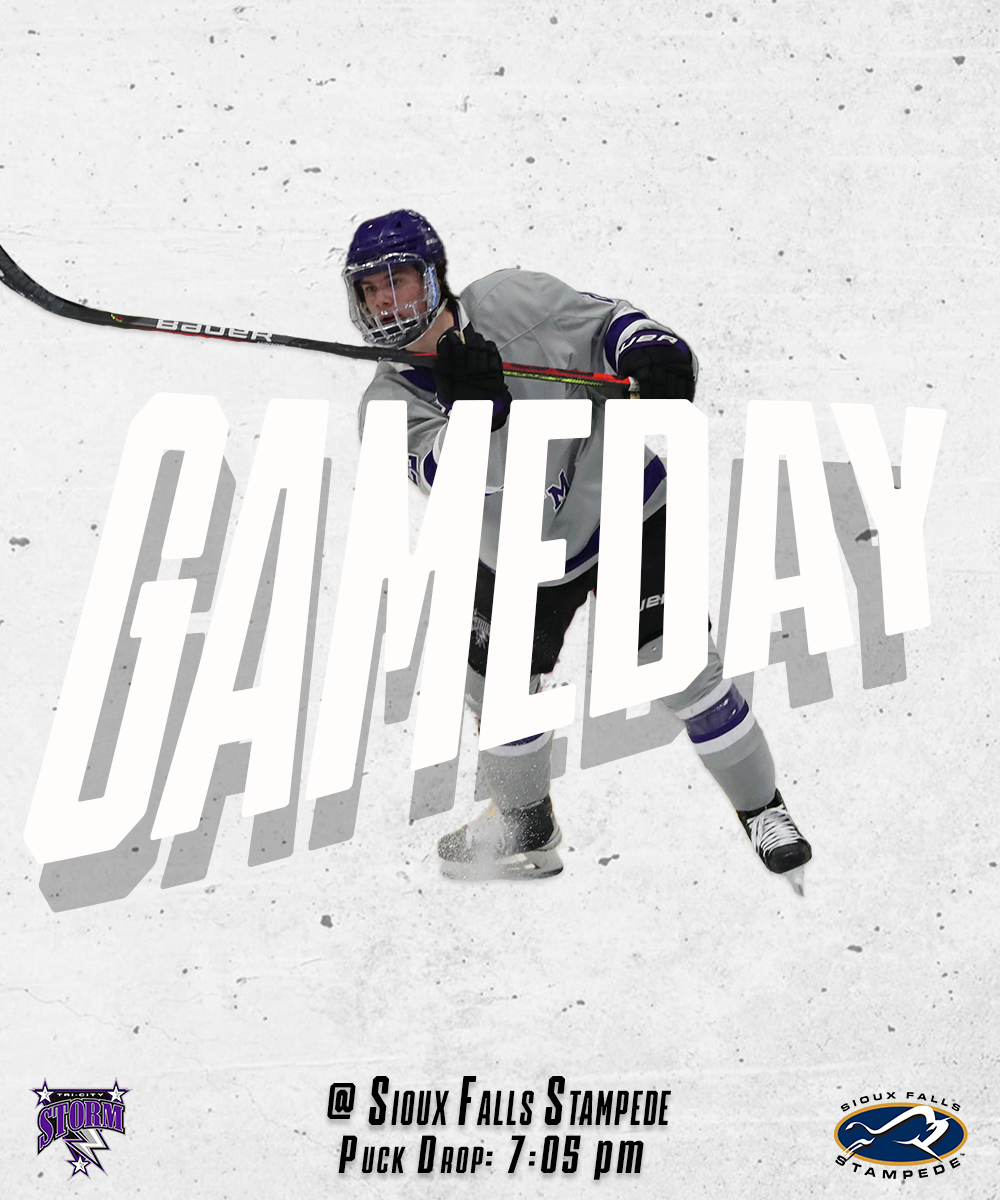