Jeremy Wilmer, 18, of Rockville Centre, New York, recorded four assists and finished the weekend with a plus/minus rating of +3 for the Storm. Wilmer notched a primary assist on Ilya Nikolaev’s 2nd period in goal in Friday’s 3-0 shutout victory over Fargo. He finished the game with a plus/minus rating of +1 and had three shots on net. Wilmer put together a three-assist game on Sunday in the Storm’s 4-1 road victory over the Omaha Lancers. He recorded an assist on the game-winning goal scored by Mitchell Miller in the 2nd period. He also notched assists on goals by Kieran Cebrian and Cole O’Hara during the game. Wilmer has scored 11 goals and registered 30 assists through 30 games played in the 2021-2022 regular season. He is currently the Storm’s points leader and is in the Top 5 in the USHL for most points recorded this season with 41.

“It is an honor to be named the USHL Forward of the Week. I thought I had a solid weekend overall and helped contribute on both sides of the ice. The team had a great weekend and definitely made my job a lot easier. Our team has been playing very well lately and its definitely exciting seeing the improvement we are all making individually and as a team on a weekly basis. I am super grateful to have been able to wear the Tri-City Storm logo for the past five months and look forward to the rest of my time with the organization. My experience has been great so far, and I am super fortunate to have the opportunity to work with such a great coaching staff and group of players. The group of players put together this year I believe is a very unique and special group. As a team, we have a great opportunity to make a run for the Clark Cup, and we’ll continue to stick to our process and work our way towards that goal.”- Forward Jeremy Wilmer

Arsenii Sergeev, 19, of Yaroslavl, Russia, has been named the USHL Goaltender of the Week for the third time this season after posting a pair of wins in net this past weekend for the Storm. On Friday, Sergeev notched his league-leading fifth shutout of the season in Tri-City’s 3-0 home victory over the Fargo Force. He turned away all 15 of Fargo’s shots on goal in the game. On Sunday, Sergeev made 15 saves on 16 shots in 46:46 of playing time. He posted a Goals Against Average (GAA) of 0.56 and a Save Percentage (SV%) of .968% in two games played last weekend. Sergeev currently leads the USHL in every major goaltending statistic, and has produced a personal record of 20-3-0-0 in net this season for Tri-City. He has recorded a league-best 1.52 GAA and a league-best SV% of .934% to this point in the 2021-2022 regular season.

“We played two solid games as a team this past weekend against the Fargo Force and Omaha Lancers. My teammates played great in front of me, and that allowed me to have success in goal. It is an honor to be named the USHL Goaltender of the Week for the third time this season.” – Goaltender Arsenii Sergeev

“Jeremy has gotten better and better as the season has progressed and this award is well deserved for him. He is extremely driven, and it is always nice to see a player like that get rewarded. I look forward to seeing what he can do down the stretch. Arsenii has been as consistent as I have seen at this level. He made some big saves both nights and did everything he could to give us a chance to win.” President of Hockey Operations/Head Coach Anthony Noreen 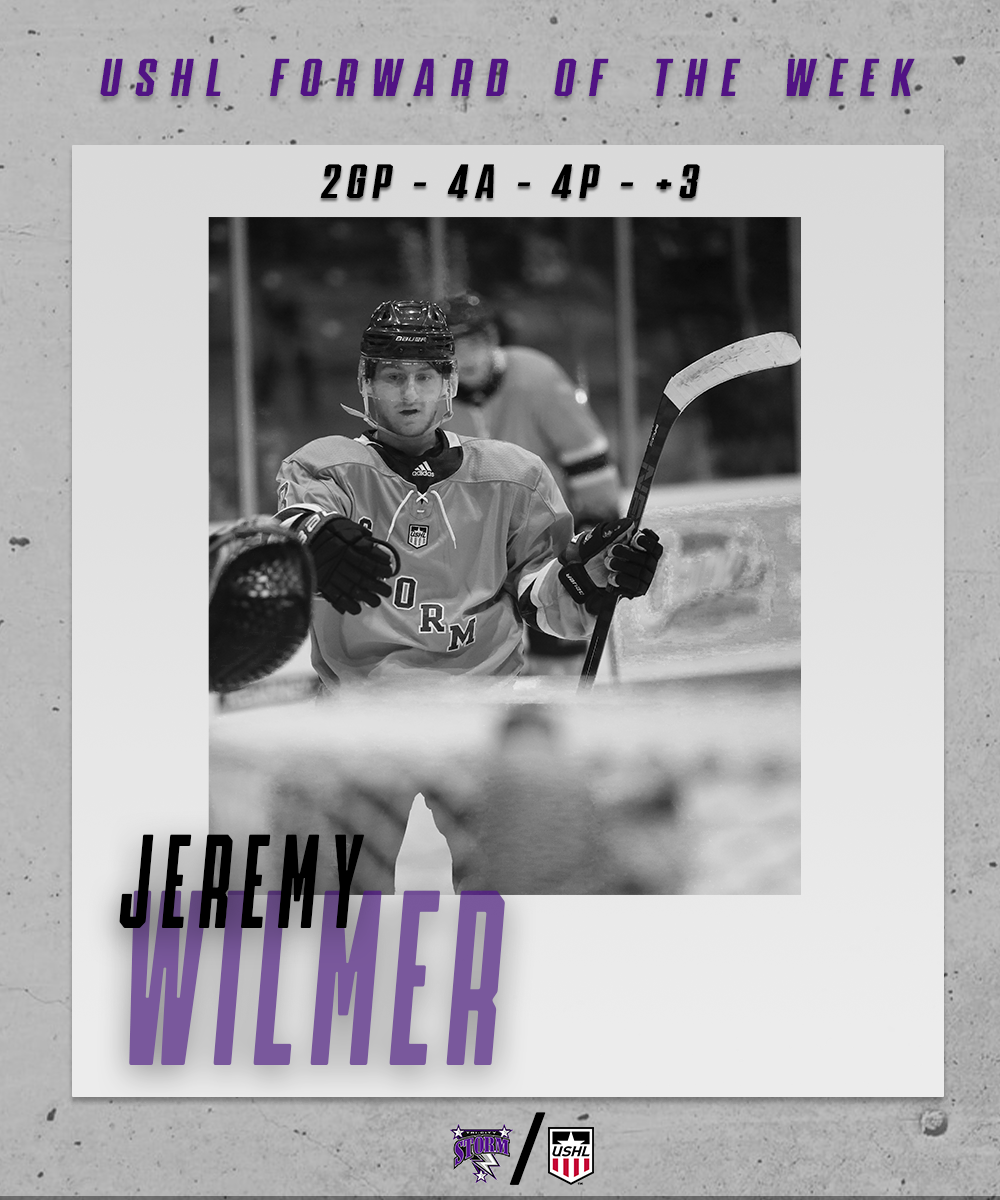 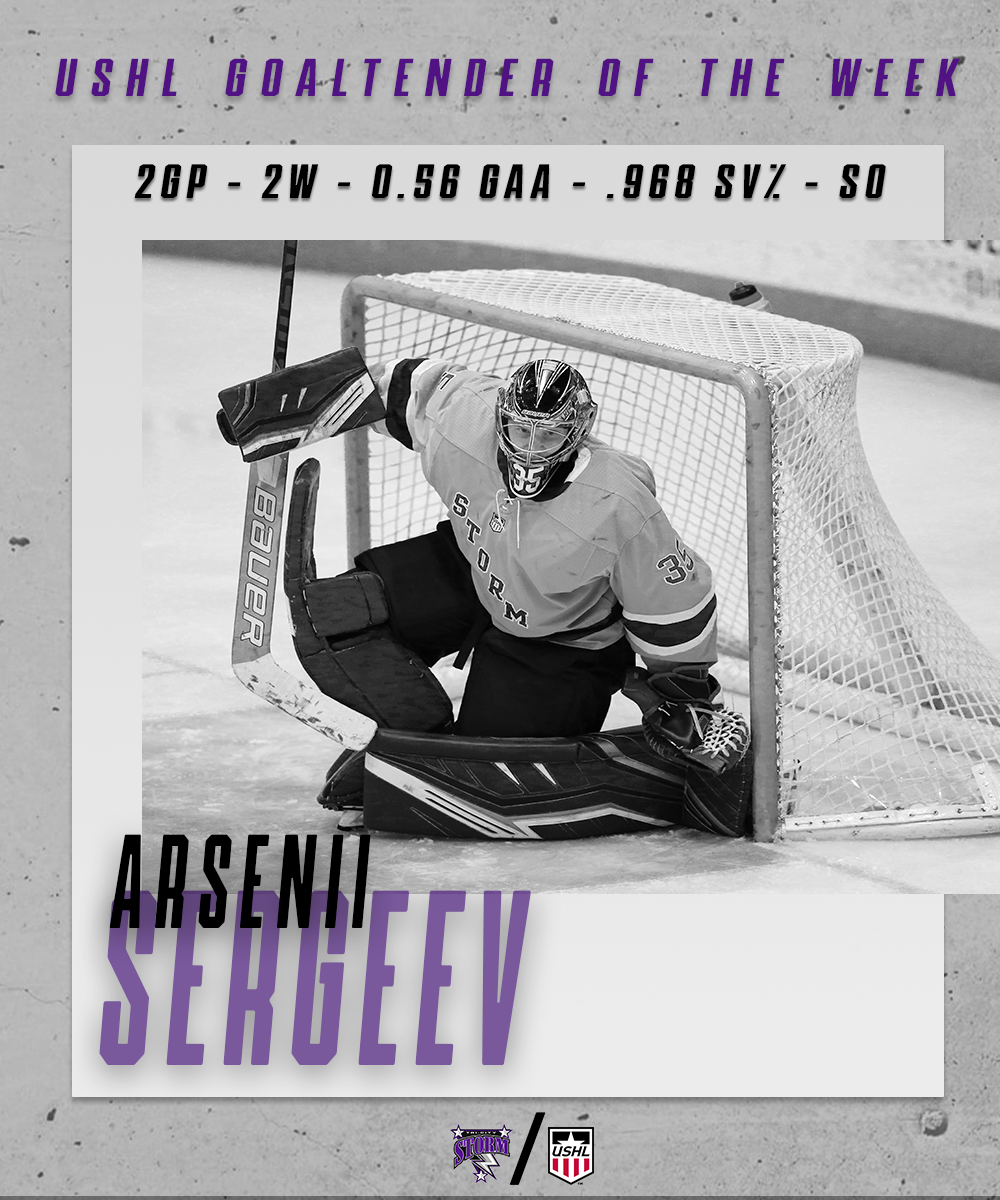