RALSTON, NE – The Tri-City Storm is set to travel to Ralston, NE this afternoon for a road matchup with the Omaha Lancers. On Friday, Tri-City posted a 3-0 shutout victory at home against the Fargo Force. The Storm and the Force were set to battle again on Saturday night, but the game was declared a “No Contest” by the USHL due to minimum standards not being met to play the game per the league’s safety protocols. Puck drop is set for 4:05pm CT.

Tri-City (23-5-1-0, 47 Points) climbed to the top of the USHL’s league standings in Friday night’s 3-0 shutout victory over the Fargo Force at the Viaero Center. Lleyton Roed, Kieran Cebrian, and Ilya Nikolaev scored in the win. Arsenii Sergeev posted his league-leading fifth shutout of the season in goal for the Storm. Tri-City won six of nine games played against Omaha last season and has won three of the first five games in this year’s ten-game season series. Tri-City holds a 21-13-4-1 record against Omaha in games played over the last five seasons. Friday’s game was the 20th time this season the Storm has scored the first goal of a game, the most of any team in the USHL this season. Tri-City is 18-1-1-0 (.925%) when netting the game’s opening goal. The team also improved to 15-0-1-0 when leading after the 1st period and 17-0-1-0 when leading after the 2nd period in Friday’s win. Scoring leaders for Tri-City entering today’s 30th game of the 2021-2022 regular season include Lleyton Roed (14), Cole O’Hara (13), Mitchell Miller (12), Jeremy Wilmer (11), Gavin Brindley (11), Ilya Nikolaev (9), and Tanner Adams (7). After Friday’s result, Arsenii Sergeev continues to lead the league in every major goaltending statistic. Sergeev has played the most games (23), posted the most wins (19), produced the most shutouts (5), recorded the best Goals Against Average (GAA) (1.53), and notched the best save percentage (.934%) of any goaltender in the league this season. Following this afternoon’s road battle against rival Omaha, Tri-City will return to action next weekend with a road game against the Sioux Falls Stampede on Friday, and a home game against the Des Moines Buccaneers on Sunday.

Omaha (17-8-3-1, 38 Points) returns home this afternoon for the third game in three days after collecting a road win over the Sioux Falls Stampede last night by a final score of 6-2. Morgan Winters, Cade Ahrenholz, Owen Fowler, Michael Cameron, Tanner Rowe, and Frank D’Ancona all netted goals for the Lancers in the victory. Thomas Heaney stopped 13 of the Stampede’s 15 shots on goal to record the win in net for Omaha. The Lancers began the three-game weekend with a 7-3 road loss to the Sioux City Musketeers on Friday night. Omaha currently holds the 2nd place spot in the USHL’s Western Conference standings. The Lancers have given up only 80 goals this season, the second least of any team in the league (Tri-City-53). Scoring leaders for Omaha entering today’s home game against Tri-City include Michael Cameron (11), Garret Wright (10), Jared Wright (9), Cade Ahrenholz (8), and Owen Fowler (7). Following this afternoon’s game, Omaha will return to action on Friday in a home game against Des Moines.

Today’s game is set to begin at 4:05pm CT and will be streamed on HockeyTV, and Storm Radio. #StormAhead 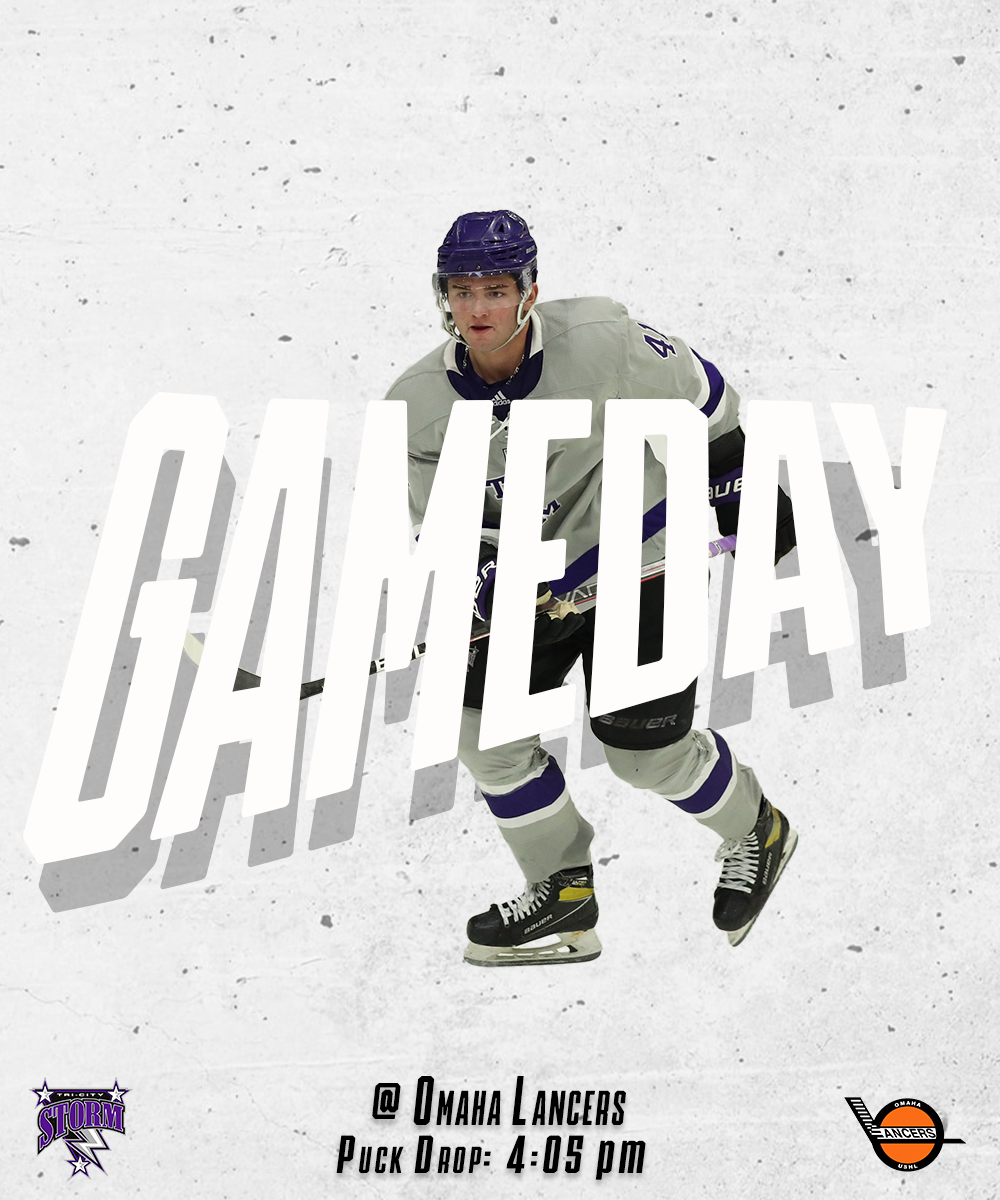