Storm set for battle with Buccaneers

Tri-City (20-5-1-0) enters tonight’s game against Des Moines in first place in the USHL’s Western Conference standings. Cole O’Hara, Jeremy Wilmer, Dane Dowiak, and Ilya Nikolaev each netted a goal in the game for Tri-City. The Storm holds a 13-8-2-1 record against the Buccaneers in head-to-head matchups over the last five seasons. Tri-City has won six of the last eleven games played at Buccaneer Arena. Last season, the Storm won one game against the Buccaneers in the five-game season series. Tri-City is 14-0-1-0 when leading after the 1st period and 14-0-1-0 when leading after the 2nd period this season following Sunday’s 4-3 road victory over Sioux City. Scoring leaders for the Storm entering tonight’s matchup include Cole O’Hara (12), Lleyton Roed (12), Jeremy Wilmer (11), Mitchell Miller (10), Gavin Brindley (8), and Ilya Nikolaev (8). The Storm’s powerplay netted a five-on-three goal in Sunday’s win over the Musketeers and is currently ranked third-best in the league this season (25.7%). Tri-City’s penalty kill finished Sunday’s game 3 of 4 and is also ranked third-best in the USHL this year (85.9%). The Storm has outscored the Buccaneers by a combined margin of 12-2 through the opening two games of this year’s six-game season series. Following tonight’s road game against Des Moines, Tri-City will travel to Young Arena for Saturday night’s showdown against the Waterloo Black Hawks.

Des Moines (9-13-2-1) has won just three of its last ten games entering tonight’s home game at Buccaneer Arena against Tri-City. No Western Conference team has allowed more goals to this point in the season than Des Moines (96). Despite allowing the most goals in the conference, the Buccaneers have scored the third-most goals in the Western Conference this season (83). Des Moines’ powerplay has netted 22 goals this season and is ranked 6th in the league (20.6%). ­­The Buccaneers’ penalty kill is currently ranked 10th in the league (79.2%). Des Moines is averaging one home victory per season against Tri-City over the past five seasons. Scoring leaders through the opening 25 games of the season for Des Moines include Scout Truman (11), Tanner Latsch (11), Davis Burnside (9), Killian Kiecker-Olson (9), and Tiernan Shoudy (5). Des Moines is currently in seventh place in the USHL’s Western Conference standings and trails the conference-leading Storm by 20 points. Following tonight’s home game against the Storm, the Buccaneers will return to action tomorrow night in a home game against the Omaha Lancers. 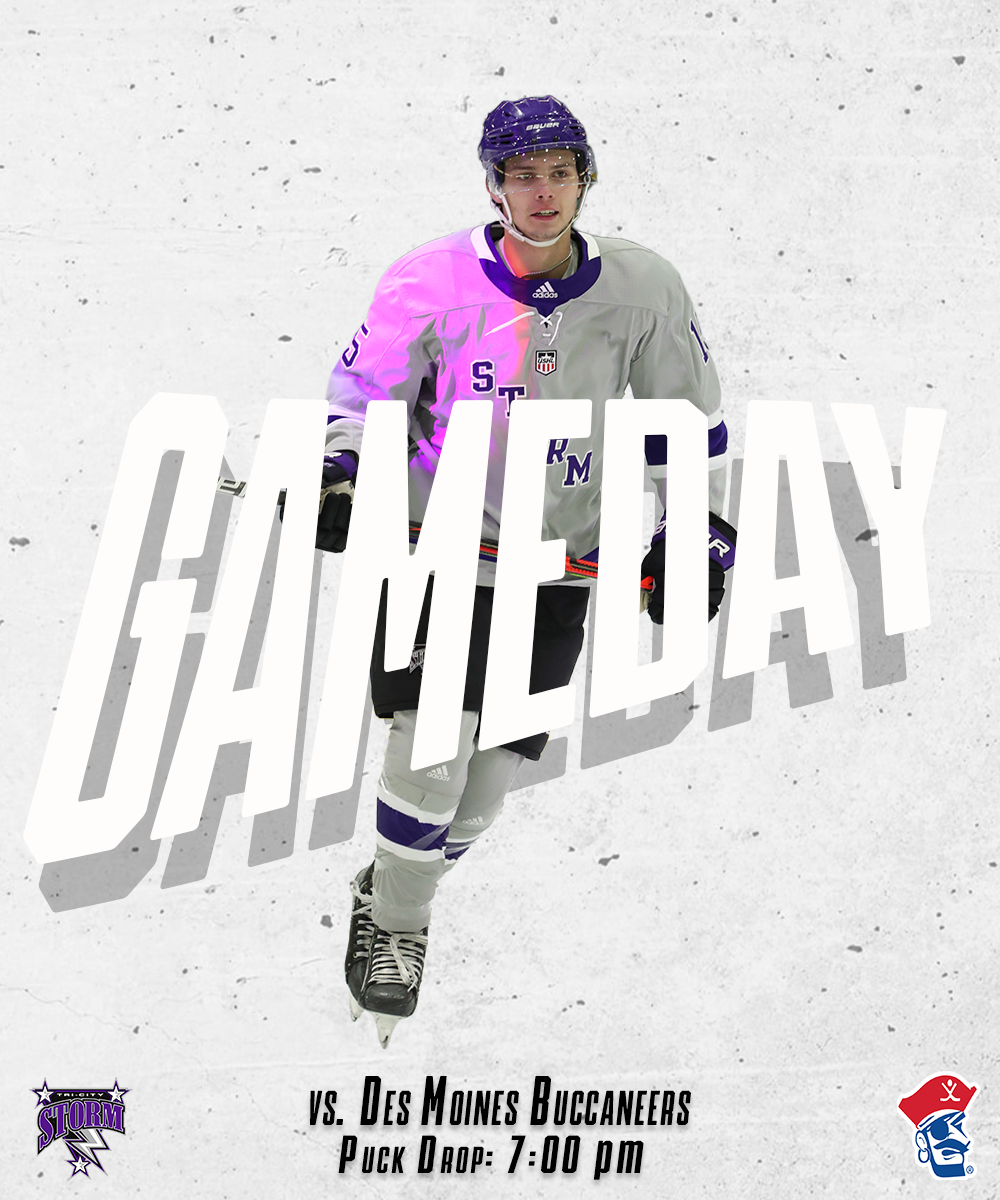