Storm set to begin New Year in clash with Musketeers

SIOUX CITY, IA – The Tri-City Storm is set to begin play in the New Year this afternoon in a clash with the Sioux City Musketeers at the Tyson Events Center. The Storm defeated the Lincoln Stars on New Year’s Eve at the Viaero Center by a final score of 7-1. Lleyton Roed (3), Jeremy Wilmer, Vinny Borgesi, Tanner Adams, and Ilya Nikolaev all netted goals for Tri-City in the victory. Puck drop for today’s road game against Sioux City is set for 3:05pm CT.

Tri-City (19-5-1-0) opens play in the 2022 calendar year today as the first-place team in the USHL’s Western Conference standings. Tri-City has won three of the opening five games in this year’s nine-game season series. Today’s matchup will serve as the final game between the two teams until Sioux City travels to the Viaero Center for a three-game weekend against the Storm in April to close out the season series. Scoring leaders for the Storm entering today’s game include Lleyton Roed (12), Cole O’Hara (11), Jeremy Wilmer (10), Mitchell Miller (10), Gavin Brindley (7), Ilya Nikolaev (7), and Tanner Adams (7). After scoring three powerplay goals against the Lincoln Stars on Friday night at the Viaero Center, Tri-City’s powerplay is now ranked third-best in the league (26.2%). After finishing the game against Lincoln 6/7 on the penalty kill, the Storm’s penalty kill is also ranked third in the USHL entering this afternoon’s road battle against the Musketeers (86.3%). Goaltender Arsenii Sergeev currently leads the league in every major goaltending statistic. He has 15 wins, a Goals Against Average (GAA) of 1.58, a Save Percentage of 0.933%, and has posted four shutouts this year. Following Friday’s New Year’s Eve win over the Stars, the Storm is now 12-2-1-0 when outshooting its opponents this year. Tri-City also holds a record of 13-0-1-0 when leading after the 1st and 2nd periods. After today’s game against the Musketeers, the Storm will travel to Urbandale, IA, and Waterloo, IA for back-to-back road games next weekend against the Des Moines Buccaneers and the Waterloo Black Hawks.

Sioux City (14-8-3-1) hosts Tri-City later this afternoon at the Tyson Events Center after splitting road games against the Storm on December 17th and December 18th at the Viaero Center. Since last battling Tri-City, Sioux City won a 7-3 road game against the Waterloo Black Hawks on December 28th and dropped a home game on New Year’s Eve against the Omaha Lancers by a final score of 3-2. Despite scoring the second-most total goals of any Western Conference team this season (83), the Musketeers’ powerplay is currently ranked second-worst in the league (14.4%). Sioux City has allowed four shorthanded goals this season, tied for third-most in the league. The Musketeer’s penalty kill has successfully killed 74 of 91 (81.3%) powerplay opportunities for the opposition this year. Sioux City’s scoring leaders entering this afternoon’s home game against the Storm include Charlie Schoen (13), Owen McLaughlin (11), Ben Steeves (11), Nick Pierre (9), Dylan James (7), Kirklan Irey (5), and Luke Antonacci (5). Alex Tracy has seen the majority of minutes in goal this season for Sioux City and currently holds an individual record of 9-5-2-0. Tracy was the winning netminder in the most recent matchup between the two teams at the Viaero Center on December 18th. 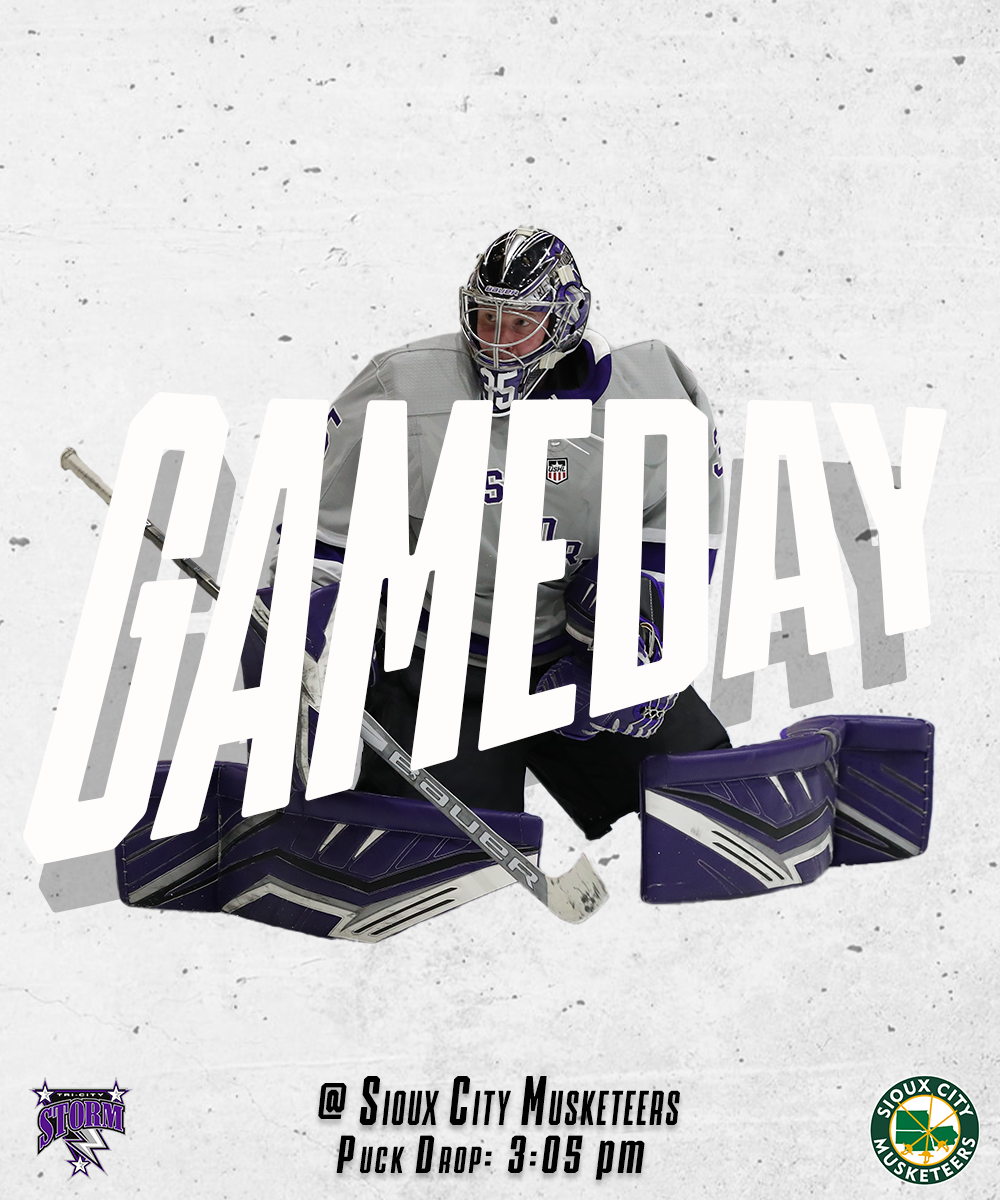