Storm set to close out 2021 at home against Stars

KEARNEY, NE – The Tri-City Storm will close out play in the 2021 calendar year tonight at the Viaero Center in a New Year’s Eve battle against the Lincoln Stars. Tickets can be purchased by calling the Viaero Center Box Office during Box Office hours or by visiting www.StormHockey.com. Puck drop is scheduled for 7:05pm CT.

A Nebraska Lottery Rivalry Pack will be offered at tonight’s home game. The deal includes four tickets, four hot dogs, four sodas, two Nebraska Lottery Scratch Off Tickets, and buy-one-get-one passes to the Kearney Children’s Museum all for $40.00. Tonight’s game is also a $5.00 Kids Friday with $5.00 Kids tickets offered for the game.

Tri-City (18-5-1-0) returns to action following the holiday break tonight at the Viaero Center after splitting home games against the Sioux City Musketeers on December 17th and December 18th. The Storm currently boasts the best points percentage in the league (.771) and leads the USHL’s Western Conference standings by five points over Sioux City. Tonight’s game marks the first time this season that Tri-City has played host to Lincoln during the 2021-2022 regular season. The Storm is 2-0-0-0 in head-to-head matchups against the Stars this season after collecting road victories at the Ice Box by a final score of 4-1 on October 1st, and by a final score of 6-3 on December 4th. Tri-City won last year’s season series with a final head-to-head record against the Stars of 6-3-0-1. The Storm has posted a 12-3-0-0 record against the Stars in matchups played at the Viaero Center over the past five seasons. Tri-City dropped its most recent game by a final score of 4-3 to Sioux City on December 18th and now holds a record of 8-3-1-0 in home games played at the Viaero Center this season. Scoring leaders for the Storm through 24 regular season games played include Cole O’Hara (11), Mitchell Miller (10), Gavin Brindley (10), Jeremy Wilmer (9), Lleyton Roed (9), Ilya Nikolaev (6), and Tanner Adams (6). Miller (2), Brindley (2), and Wilmer (2) are the only three Storm players to score multiple goals against the Stars this season in the opening two games of this year’s ten-game season series. Following tonight’s home game against Lincoln, Tri-City will complete a two-game weekend with a road matchup against Sioux City on Sunday.

Lincoln (13-8-1-1) has won four of the last ten games entering tonight’s rivalry matchup at the Viaero Center against the Storm. Last time out, the Stars dropped a 5-2 road decision to the Sioux Falls Stampede on December 18th. The Stars’ powerplay enters tonight’s game sixth-best in the league this season with a conversion rate of 21.6%. The penalty kill for the Stars is fourth-best in the USHL with a success rate of 86.0%. Scoring leaders for Lincoln entering tonight’s rivalry game include Dalton Norris (10), Lucas Wahlin (8), Luke Johnson (7), Griffin Jurecki (6), Aidan Thompson (5), and Mason Marcellus (5). Lincoln holds a 10-22-1-1 record in head-to-head matchups against the Storm over the last five seasons. Following tonight’s road game against the Storm, the Stars will return home to the Ice Box tomorrow night for another rivalry matchup against the Omaha Lancers. 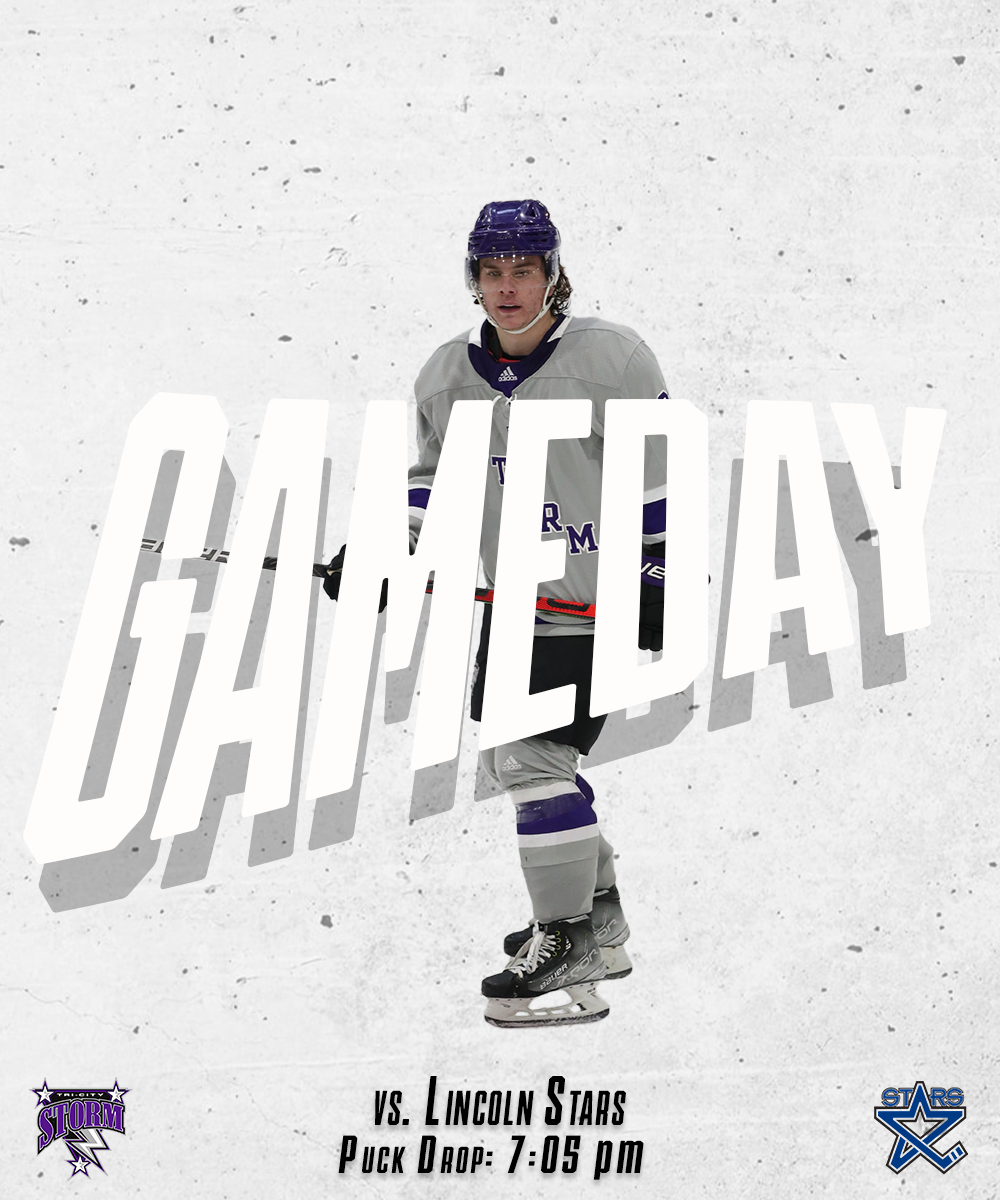