KEARNEY, NE. – Former Tri-City Storm forwards Matthew Knies and Carter Mazur are set to represent the United States of America in the 2022 World Junior Hockey Championship when the tournament gets underway this afternoon in Edmonton, Alberta, and Red Deer, Alberta. Knies and Mazur were named to the final 25-man roster for USA on December 14th and will each make their debuts in the tournament when USA battles Slovakia in the team’s opening game of the event tonight at 8:30pm CT. All tournament games will be broadcast on the NHL Network in the United States and TSN and RDS in Canada. The United States is the defending Champion of the event after capturing a Gold Medal at the 2021 World Junior Hockey Championship in Edmonton, Alberta on January 5th, 2021.

At least one alumnus of the Tri-City Storm organization has represented the United States at the World Junior Hockey Championships in each of the last three years of the event. Tyler Madden (2019), Zac Jones (2020), Shane Pinto (2020) and Isaiah Saville (2020) all recently represented the United States in the tournament. Knies and Mazur were each selected at the 2021 NHL Draft and currently play college hockey at the University of Minnesota and the University of Denver, respectively. The two players played in 188 career USHL regular season games combined. They provided the Storm offense with 57 goals, 87 assists, and 144 total points over the past two seasons. Each player represented the Storm organization in the 2021 BioSteel All-American Game and were part of Tri-City’s captaincy group last season.

Matthew Knies, 19, Forward, of Phoenix, Arizona appeared in ninety games with the Storm from 2018-2021 after being drafted 38th overall by Tri-City in the 2018 USHL Phase I Draft. Knies spent the 2018-2019 season on Tri-City’s affiliate list and played for the Phoenix Jr. Coyotes 16U AAA organization. He appeared in two games as an affiliate list call-up during Tri-City’s 2018-2019 Anderson Cup Championship season. Knies made his USHL debut on November 23rd, 2018, in the Storm’s 3-0 shutout victory over the Omaha Lancers at the Viaero Center. Knies scored fourteen goals, recorded thirty-one assists, and provided the Storm offense with forty-five points in forty-four games played with the team in the 2019-2020 season. Knies led the Storm in assists and finished second on the team in points in the same season. Of players who played more than forty regular season games during the 2019-2020 season, Knies was one of only seventeen USHL players to record more than one point per game. He was named to the U.S. Junior Select Team for the 2019 World Junior A Challenge and won a Bronze Medal at the event. He was also named the USHL’s “Forward of the Week” on December 31st, 2019. Knies was selected to and participated in the 2021 BioSteel All-American Game. Knies scored seventeen goals and recorded twenty-five assists in the 2020-2021 regular season. He scored thirty-one goals and notched fifty-six assists during his Storm career. Knies was selected as one of Tri-City’s Alternate Captains for the 2020-2021 season. Knies is currently in his freshman season at the University of Minnesota and has scored seven goals and recorded nine assists in 18 games played. Knies was selected 57th overall in the 2nd round of the 2021 NHL Draft by the Toronto Maple Leafs.

Carter Mazur, 19, of Jackson, Michigan appeared in ninety-five games with the Storm from 2019-2021. He was drafted 3rd overall in the 1st Round of the 2018 USHL Phase I draft by Tri-City. Mazur made his USHL debut during the 2018-2019 regular season as an affiliate list call-up. Mazur played his first game with Tri-City on November 10th, 2018, in the Storm’s 4-2 home win over the Sioux Falls Stampede. He netted his first career USHL goal on November 8th, 2019, in Tri-City’s 5-2 home win over the Des Moines Buccaneers. Mazur scored six goals and provided the Storm’s offense with seven assists in forty-seven games played during the 2019-2020 regular season. Mazur scored twenty goals and recorded twenty-four assists for forty-four total points during the 2020-2021 regular season campaign. Mazur’s twenty goals scored during the 2020-2021 season tied for the most on this year’s Storm team. His forty-four points posted were the second-most among Storm players this season. Mazur produced five multi-goal games during the 2020-2021 season. He scored twenty-six goals and notched thirty-one assists for fifty-seven total points during his Storm career. Before joining Tri-City, Mazur skated for the Little Caesars AAA program in Detroit, Michigan. Mazer was selected to and participated in the 2021 BioSteel All-American Game. Mazur was selected as one of Tri-City’s Captains for the 2020-2021 season. Mazur is currently a freshman at the University of Denver and has scored nine goals and notched eight assists in 16 games played this season. Mazur was selected 70th overall in the 3rd round of the 2021 NHL Draft by the Detroit Red Wings.

“The opportunity to represent your country on a world stage is as high an honor as there is in sports. Our organization is proud of Carter and Matthew and could not be happier for them and their families. Both players have elite qualities on the ice, but just as importantly, they are great teammates and will do everything possible to win. I have no doubt they will represent our organization well at the World Junior Championship and continue to make us proud for years to come.”- President of Hockey Operations/Head Coach Anthony Noreen

In addition to Matthew Knies and Carter Mazur representing Team USA, former Storm defenseman Ruben Rafkin will also skate for Team Finland in the event. Ruben Rafkin, 19, of Turku, Finland, was signed to a tender agreement by the Storm on January 5th, 2018, and appeared in 38 regular season games during Tri-City’s 2018-2019 Anderson Cup Championship season. Rafkin scored two goals and recorded eight assists for ten total points that season. Rafkin has scored four goals and notched two assists in 27 games played this season for TPS in the Finnish Elite League, the top professional league in Finland.

NHL Network’s full tournament broadcast schedule for the 2022 IIHF World Junior Championship can be found below. The first day of the tournament will bring a quadruple-header, including primetime matchups between Canada vs. Czechia at 6:00 p.m. CT and Slovakia vs. USA at 8:30 p.m. CT on Sunday, December 26. NHL Network’s Stephen Nelson will provide play-by-play for each Team USA game along with longtime NCAA hockey analyst Dave Starman. Jon Rosen will serve as reporter. Matthew Knies will wear #89 in the event for Team USA, and Carter Mazur will wear #34. Ruben Rafkin will wear #3 in the tournament for Team Finland.

** All times subject to change 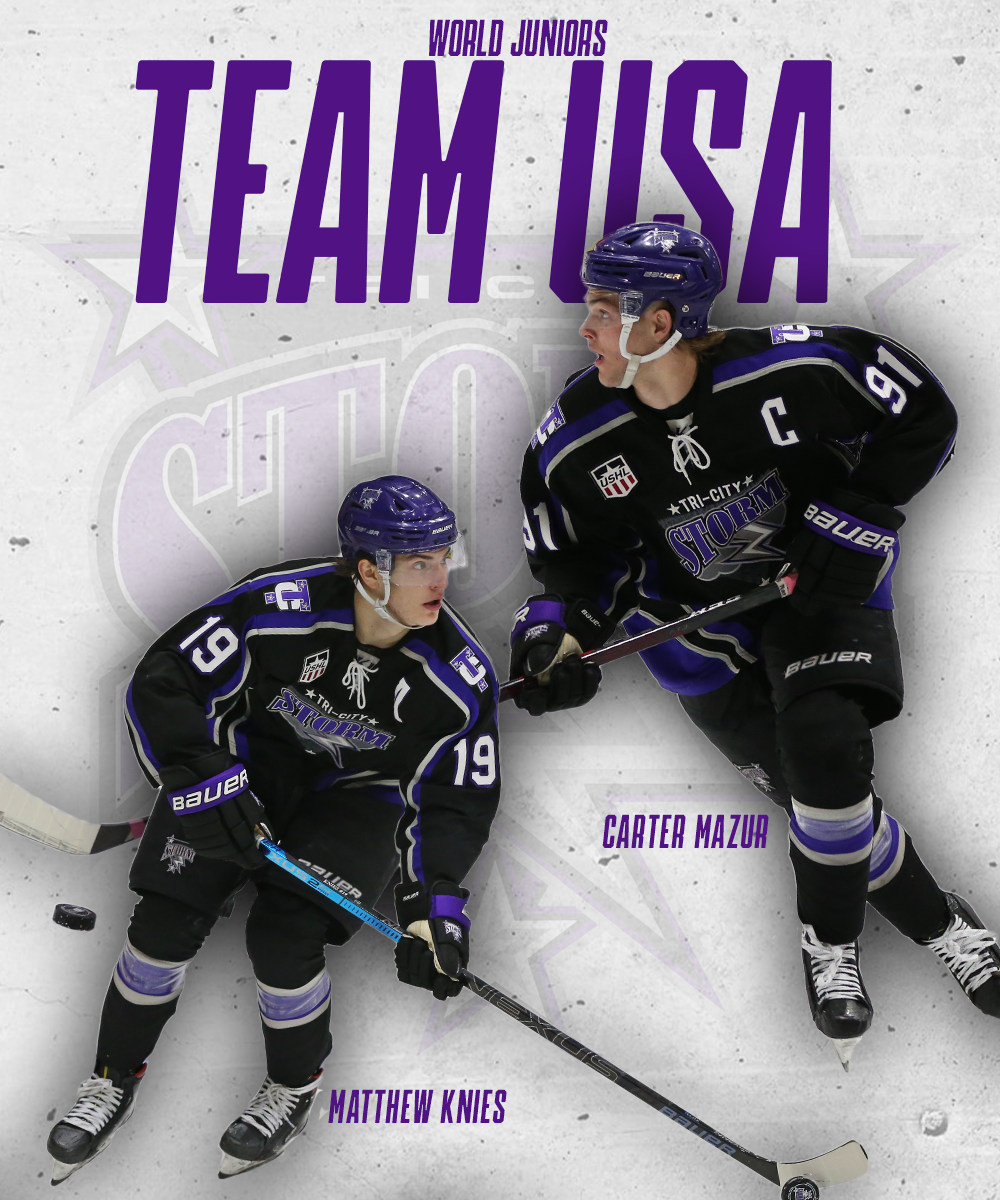