KEARNEY, NE – The Tri-City Storm returns to action tonight at the Viaero Center seeking a weekend sweep of the Sioux City Musketeers. Last night, Tri-City posted a 3-0 shutout of the Musketeers to improve to 18-4-1-0 on the season. Tonight’s game at the Viaero Center is the Storm’s final game before the upcoming holiday break. The Viaero Center and the Tri-City Storm will host a canned food drive tonight. Fans who donate two or more canned food items at the game will receive a voucher to attend an upcoming home game during the 2021-2022 regular season. Donations at tonight’s game will benefit the Tri-City Food Fight. Puck drop is scheduled for 7:05pm CT.

Tri-City (18-4-1-0) seeks a fourth consecutive victory in tonight’s home game against Sioux City after last night’s 3-0 shutout victory. Arsenii Sergeev stopped all 21 of the Musketeers’ shots in Friday’s game to record his league-leading fourth shutout of the season. Sergeev is now 14-2-0-0 on the season and leads the USHL in every major goaltending statistic. He has produced a Goals Against Average of 1.47 and a Save Percentage of .940% to this point in the 2021-2022 regular season. Cole O’Hara netted his tenth goal of the year in last night’s win. Jeremy Wilmer and Lleyton Roed each notched an assist on the scoring play. Kieran Cebrian scored his fourth goal of the year during Friday’s 1st period. Dane Dowiak and Josh Eernisse each recorded an assist on the scoring play. Dowiak also scored his third goal of the season in last night’s 3-0 victory. Mitchell Miller notched his 12th assist of the season on the goal. Tri-City improved to 12-0-1-0 when leading after the 1st period and 12-0-1-0 when leading after the 2nd period in Friday’s win. The Storm is also now 11-1-1-0 when outshooting its opponents this season. Tri-City’s winning percentage (.804%) continues to lead the league this season. Tri-City has produced a 7-2-1-0 record over its last 10 games. Following tonight’s home game against the Musketeers, the Storm will return to action on New Year’s Eve in a rivalry matchup against the Lincoln Stars at the Viaero Center.

Sioux City (13-7-1-1) slipped to 3rd place in the USHL’s Western Conference standings in last night’s shutout loss to Tri-City. The Musketeers have been held off the scoreboard in two of four matchups against the Storm this season. Sioux City has defeated Tri-City just three times in the last twelve games played in the head-to-head matchup at the Viaero Center. The Musketeers won three of eight games played against the Storm in last year’s season series. Sioux City has been outscored by a margin of 7-12 in the previous four matchups against Tri-City this season. After last night’s result at the Viaero Center, Sioux City is now 1-5-0-1 when trailing after the 1st period and 1-6-1-0 when trailing after the 2nd period this season. Despite being shut out twice by the Storm this season, the Musketeers have scored 70 goals, the fourth-most of any team in the Western Conference this season. After tonight’s rematch at the Viaero Center, Sioux City will return to action on December 28th in a road battle with the Waterloo Black Hawks. 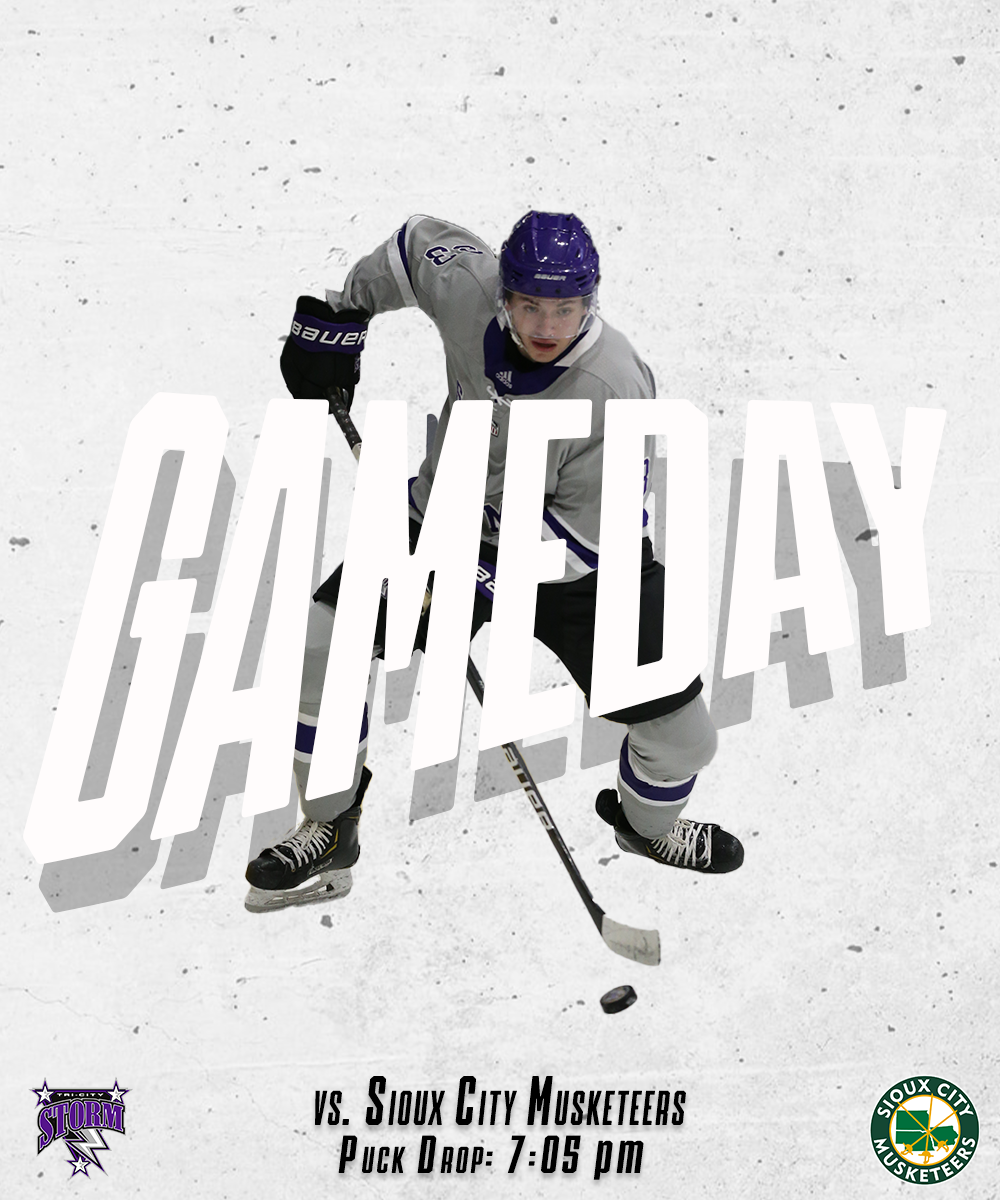