SIOUX FALLS, SD. – The Tri-City Storm is set to complete a seven-game road trip later today in an afternoon matchup against the Sioux Falls Stampede. Last night, Tri-City came from behind to force overtime with under two minutes to play and went on to defeat Sioux Falls 3-2 in a shootout. Cole O’Hara and Lleyton Roed each netted a goal during regulation time for the Storm in the win. Cole O’Hara and Gavin Brindley each scored during the shootout session to seal the Storm’s win. Chase Clark recorded his fourth victory of the season in goal after making 21 saves on 23 shots. Today’s game is the final game of a three-game weekend for the Storm. Puck drop is scheduled for 4:05pm CT.

Tri-City (16-4-1-0) trailed after the 2nd period for only the second time this season in last night’s game, but rallied in the final two minutes with the goaltender pulled for an extra attacker. Lleyton Roed’s game-tying goal was scored with just over a minute left to play in Saturday’s 3rd period, and was assisted by Mitchell Miller and Jeremy Wilmer. Chase Clark made five saves on five shots during the overtime period and stopped both of the Stampede’s shootout attempts. Tri-City has now posted a 7-2-1-0 record in its last ten games and enters today’s matchup against Sioux Falls with the best winning percentage of any team in the USHL this season (.786%). After Saturday’s result, Tri-City is now 10-1-1-0 when outshooting its opponents this season. Scoring leaders for Tri-City through 21 games played in the 2021-2022 regular season include Mitchell Miller (10), Gavin Brindley (10), Cole O’Hara (9), Jeremy Wilmer (9), Lleyton Roed (8), Ilya Nikolaev (5), and Tanner Adams (5).

Sioux Falls (8-11-0-1) collected one point in the standings in last night’s shootout loss to Tri-City at the Denny Sanford Premier Center. Sam Harris and Garrett Pinoniemi each netted a powerplay goal in the 2nd period. Noah Grannan recorded the shootout loss in net for the Stampede after making 28 saves on 30 shots. Sioux Falls is now 5-1-0-1 when leading after the 2nd period this season following Saturday’s result. The Stampede is 10-9-1-1 in head-to-head matchups against the Storm over the last five years. Sioux Falls dropped last year’s season series against Tri-City with a final record of 3-4-1-0. Although the Stampede powerplay netted two goals during the 2nd period of last night’s game, the powerplay is still ranked at the bottom of the league with a conversion rate of 9.4% this year. Scoring leaders for Sioux Falls entering today’s game include Garrett Pinoniemi (7), Blake Humphrey (6), Daniel Russell (4), Sam Harris (3), Ray Fust (3), and Clint Levens (3). Levens was ejected from last night’s game for a check from behind on the Storm’s Drew Montgomery during the 1st period. After hosting Tri-City today, Sioux Falls will return to action next weekend in a two-game series against the Lincoln Stars.

Following today’s battle against Sioux Falls, Tri-City is set to return home to the Viaero Center next weekend for back-to-back games against the Sioux City Musketeers. On Friday, December 17th, Tri-City will host the organization’s annual “Teddy Bear Toss Night”. Tri-City will also hold a canned food drive for the following game on Saturday, December 18th. Fans who donate two canned food items will receive a voucher to an upcoming home game during the 2021-2022 regular season.

Tonight’s game is set to begin at 4:05pm CT and will be streamed on HockeyTV, and Storm Radio. #StormAhead 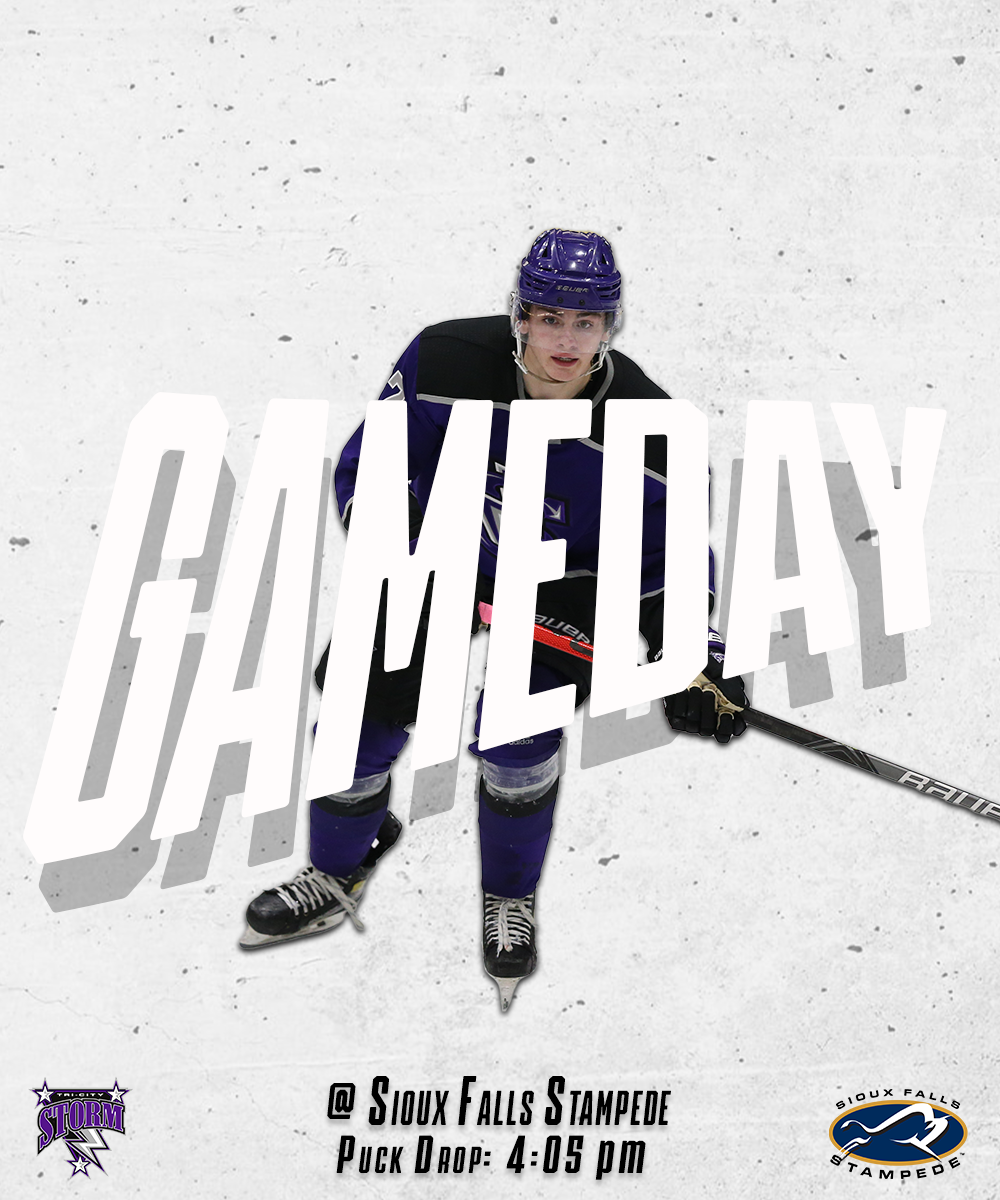