FARGO, ND. – The Tri-City Storm seeks to push its winning streak to ten consecutive games in tonight’s road matchup against the Fargo Force at Scheels Arena. A win tonight over Fargo would tie a team record for most consecutive wins. Only the 2003-2004 and 2014-2015 Tri-City Storm teams have won ten straight games. Last night, Tri-City won its ninth straight game in a 3-2 road win over Fargo. Puck drop is scheduled for 6:05pm CT.

Tri-City (14-2-0-0) netted three powerplay goals in last night’s opening meeting of the season against the Fargo Force. Gavin Brindley and Mitchell Miller each netted their eighth goal of the year in the victory. Christian Fitzgerald scored his third goal of the season and Arsenii Sergeev won his eleventh game of the year in goal. Sergeev has won four more games than any other goaltender in the USHL’s Western Conference this season. With three powerplay goals in last night’s game, the Storm’s powerplay now holds the best conversion percentage of any Western Conference team this season (25.0%). Tri-City’s penalty kill is currently second-best in the USHL with a success rate of 89.9%. Scoring leaders for the Storm entering tonight’s road game against the Force include Jeremy Wilmer (8), Mitchell Miller (8), Gavin Brindley (8), Cole O’Hara (7), Ilya Nikolaev (4), Tanner Adams (4), Graham Gamache (4), and Lleyton Roed (4). Tri-City posted a 4-2-0-0 record in the six-game season series last year against Fargo. The Storm is now 11-9-0-0 in head to head matchups against the Force over the past five years. In last night’s game, Tri-City improved to 9-0-0-0 when leading after the 1st period and 10-0-0-0 when leading after the 2nd period in the 2021-2022 regular season. Tri-City is also 9-0-0-0 when outshooting its opponents this year. Following tonight’s road battle against the Force, the Storm will return to action next weekend in back-to-back road games against in-state rivals Omaha and Lincoln.

Fargo (4-10-2-1) dropped to last place in the Western Conference standings in last night’s home loss to Tri-City. The Force has now lost ten of its last eleven games. Fargo’s only win on home ice this season was recorded against the Lincoln Stars on October 16th. Bret Link and Charlie Lurie each netted powerplay goals in last night’s 3-2 home loss to Tri-City. Anton Castro recorded the loss in net for the Force after making 34 saves on 37 shots. Castro dropped to 2-5-1-1 on the season in the loss. Fargo is now 3-4-2-1 in one goal games this season after last night’s result. The Force has now been outshot nine times this season and has produced a 2-7-0-0 record in those games. Fargo tied a season-high for most powerplay goals scored in a single game in last night’s loss. The Force also netted two powerplay goals in a single game on September 26th (vs. Team USA), October 9th (vs. Sioux City), and November 6th (vs. Omaha). Last night’s game was the second time this season the Force took ten minor penalties in a single game. Fargo was also whistled for ten minor penalties in its 5-4 overtime victory against Team USA on September 26th at the USHL Fall Classic. After playing host to the Storm tonight, Fargo will begin a four-game road trip next weekend at Buccaneer Arena with back-to-back games against the Des Moines Buccaneers. 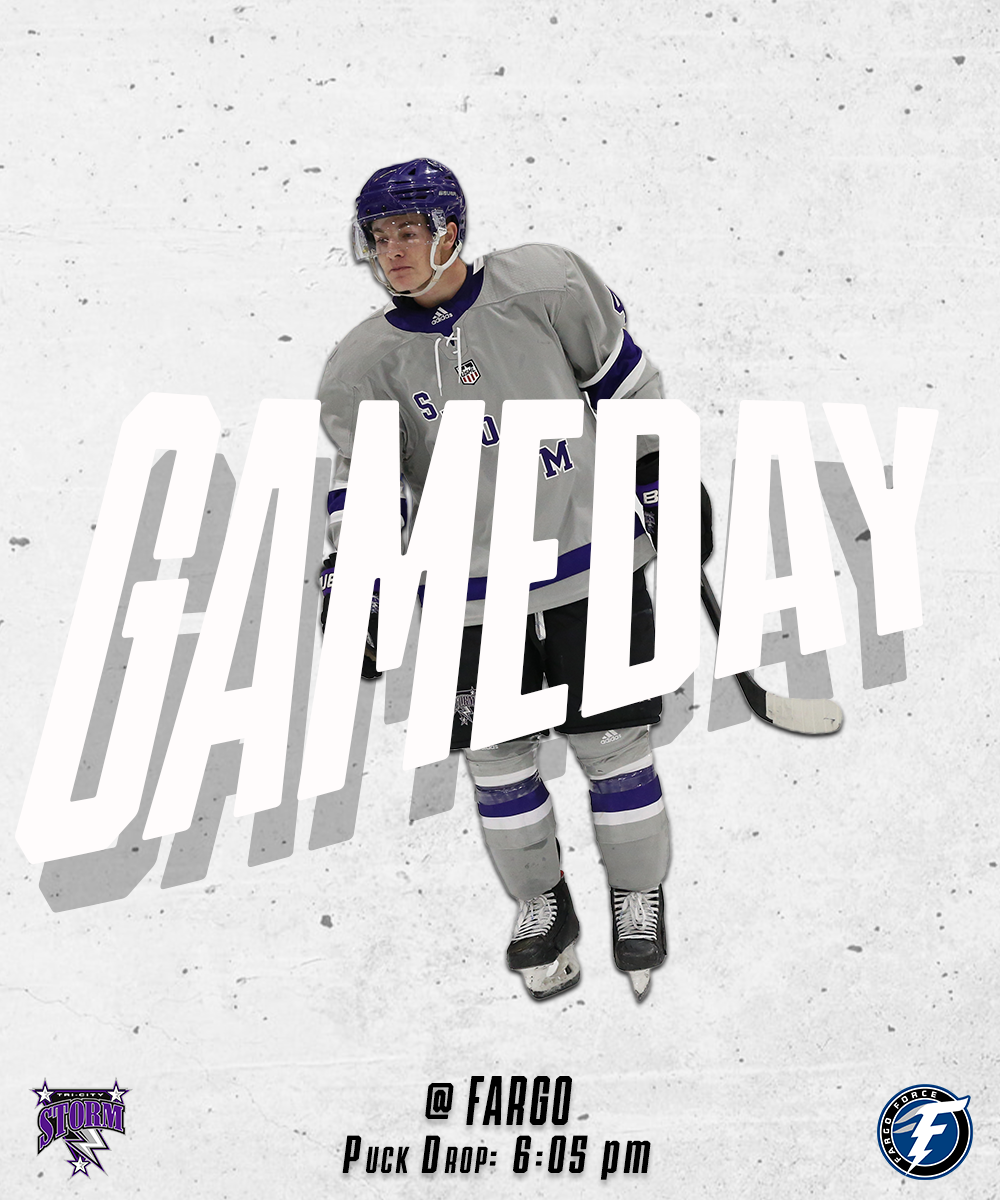