KEARNEY, NE. – The Tri-City Storm is set for the final game of a six-game homestand in tonight’s matchup against the Des Moines Buccaneers at the Viaero Center. After last night’s 10-2 win over the Buccaneers, $10 tickets are available for tonight’s game and may be purchased at www.StormHockey.com. For more information on the ticket deal, and for other ticket purchasing options, call the Viaero Center Box Office at 308-338-8144. Puck drop for tonight’s game is set for 7:05pm CT.

The Tri-City Storm and the Viaero Center will host a canned food drive at tonight’s game to benefit the Kearney Jubilee Center. Fans who bring three canned food items to the game will receive a voucher to attend an upcoming Storm home game. Drink specials at the game will include $3 cans of Busch Light. Following six straight home games, Tri-City will play seven consecutive games on the road before returning home to host the Sioux City Musketeers on December 17th and December 18th.

Tri-City (12-2-0-0) returns to action tonight at the Viaero Center after scoring 10 goals in a single game for the second time in organization history in last night’s win over Des Moines. The Storm also scored 10 goals on November 1st, 2002, in a 10-1 home victory over the Green Bay Gamblers. Tri-City nearly tied a team record for most goals netted in a single game (11) in the win. The Storm’s team record for most goals scored in a single game was set on January 27th, 2001, in an 11-0 shutout of the Rochester Mustangs at the Viaero Center. Tri-City tied an organization record for most goals scored in a single period in Friday night’s 3rd period (6). The team record for most goals scored in a single period (6) was first recorded on November 1st, 2002. Tri-City last scored five or more goals in a single period on January 29th, 2021, in a 6-0 shutout of the Omaha Lancers at the Viaero Center. In last night’s 10-2-win, Tri-City improved to 8-0-0- when leading after the 1st period and 8-0-0-0 when leading after the 2nd period this season. The Storm also holds a perfect 7-0-0-0 record when outshooting its opponents this season. Tri-City is now 12-8-2-1 in head-to-head matchups against Des Moines over the past five seasons. Scoring leaders for the Storm entering tonight’s home game against Des Moines include Jeremy Wilmer (8), Mitchell Miller (7), Cole O’Hara (6), Gavin Brindley (6), Ilya Nikolaev (4), Tanner Adams (4), Graham Gamache (4), and Lleyton Roed (4). Miller has scored two more goals than any other defenseman in the USHL this season. Arsenii Sergeev improved to 9-1-0-0 last night in goal for Tri-City and has produced the best Goals Against Average (1.30) and best Save Percentage (.947%) of any goaltender in the USHL to this point in the 2021-2022 regular season.

Des Moines (6-6-2-0) looks to bounce back tonight after suffering an eight-goal defeat to the Storm in last night’s first meeting of this year’s six-game season series. Last night’s loss marked the first time the Buccaneers have allowed eight or more goals in a game since dropping an 8-7 overtime decision to the Chicago Steel on February 26th, 2021. Only the Muskegon Lumberjacks (66), and Sioux Falls Stampede (57) have allowed more goals this season than the Buccaneers (55). Des Moines has now won only two of its last ten games and enters tonight’s rematch against the Storm as the 6th place team in the USHL’s Western Conference standings. Killian Kiecker-Olson and Mitchell Wolfe each netted goals for Des Moines in Friday’s 10-2 road loss. Scoring leaders for the Buccaneers entering tonight’s game include Killian Kiecker-Olson (7), Tanner Latsch (7), Scout Truman (7), Davis Burnside (5), Tiernan Shoudy (4), Mitchell Wolfe (4), and Vincent Salice (3). Lucas Szyszka dropped to 1-4-1-0 this season in goal for the Buccaneers in last night’s loss. He currently has a GAA of 4.84 and a SV% of .861%. Carson Limesand currently holds a 1-2-0-0 record in goal this season, although he has yet to appear in a game for the Buccaneers after being added to the roster from the Muskegon Lumberjacks. Remington Keopple is 5-2-1-0 this season and is currently on the injured reserve. 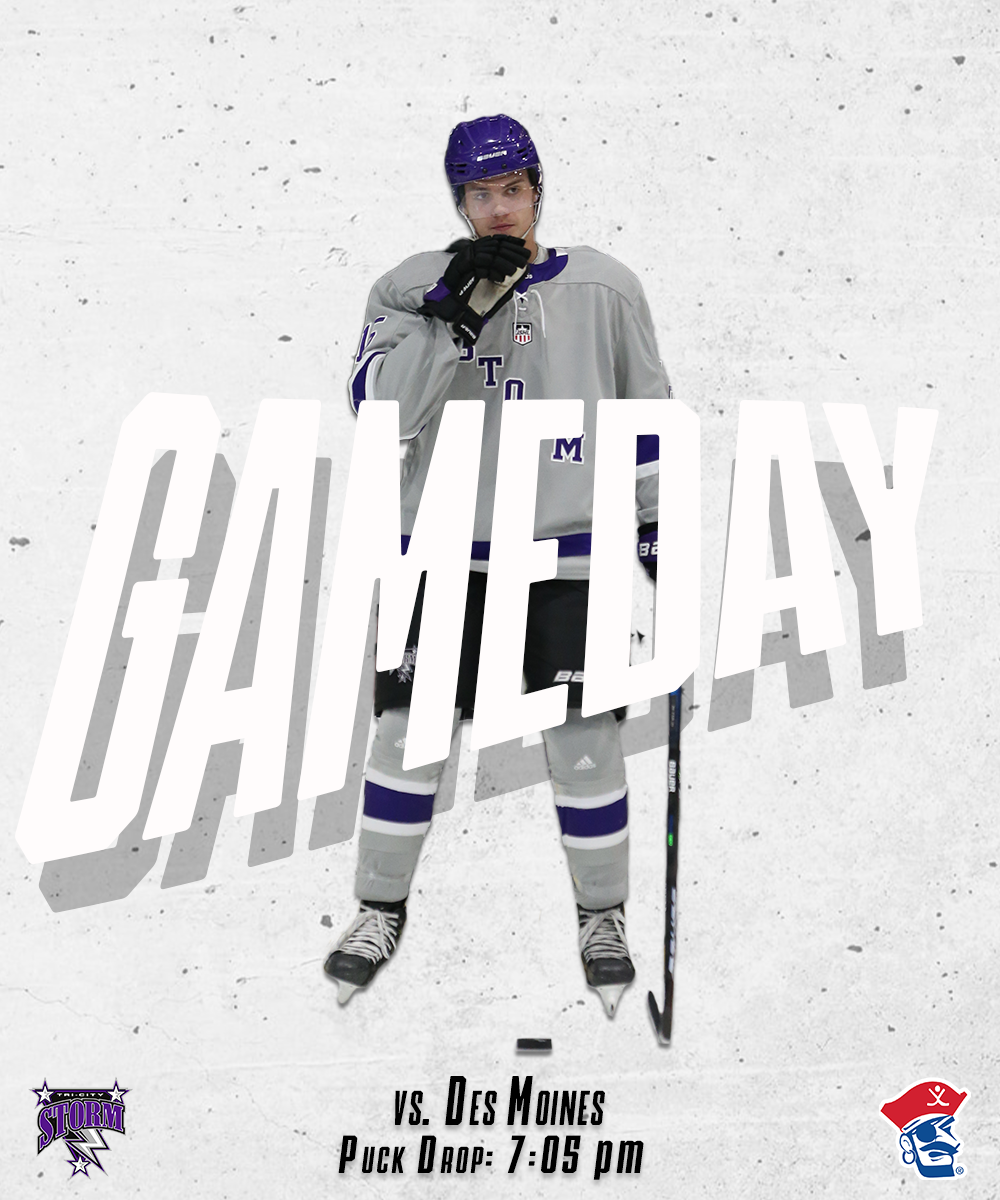