KEARNEY, NE. – Tri-City Storm forward Gavin Brindley captured the 2021 U18 November Five Nations Championship with the Under- 18 edition of the United States National Team Development Program (NTDP/Team USA) last weekend in Monthey, Switzerland. Brindley netted a goal and notched two assists in the USA’s 9-1 victory over the Czech Republic in the team’s third game of the event. Brindley completed the tournament with a plus/minus rating of +5. The Five Nations event was held November 10th-14th and included Switzerland, Sweden, the Czech Republic, Finland, and the United States. Brindley has scored fourteen goals and recorded seventeen assists in sixty career games with the Storm. He is set to rejoin the team for the Storm’s upcoming home series against the Des Moines Buccaneers this weekend at the Viaero Center.

The USA team outscored its opponents 30-5 during the tournament and posted an overall record of 4-0-0. The team allowed the opening goal of its 5-2 win over Sweden on November 10th and did not trail at any point for the remainder of the event. The USA team completed the event undefeated after posting wins over Sweden, Switzerland, the Czech Republic, and Finland. The USA team defeated Finland 9-2 on November 14th in the team’s final game of the tournament to capture the championship.

Gavin Brindley (5’9’’, 157 lbs), of Estero, Florida, previously represented the United States in international competition at the 2020 Winter Youth Olympic Games in Lausanne, Switzerland. He scored nine goals and recorded thirteen assists in his rookie season with the Storm during the 2020-2021 season. Three of Brindley’s nine goals were game-winning goals. After signing a tender agreement with the team on March 27th, 2020, Brindley made his USHL debut with the Storm on November 13th, 2020, in Tri-City’s 5-1 road loss to the Omaha Lancers. He scored his first career USHL goal on December 11th, 2020, in Tri-City’s 4-1 win over the Omaha Lancers at the Viaero Center. Brindley scored an overtime game-winning goal in the Storm’s opening game of the 2021-2022 regular season on Thursday, September 23rd in a victory over the Dubuque Fighting Saints. He has scored five goals and notched four assists for the Tri-City offense this season. Brindley previously announced a commitment to play collegiate hockey in the future at the University of Michigan.

“The experience was awesome! Being able to go overseas to represent your country on a stage like that does not happen very often and when the opportunity is given, you cannot take it for granted. Playing against the best kids in the world is something really special and when you are in the moment you do not realize how crazy that is in the big scheme of things. The games in this tournament were really good. Our team played well. I have known most of those guys for a long time, so it was good to see them and play with them again. Wearing the USA jersey is the greatest honor that comes with being a hockey player from the United States. Being able to represent your country on a world-class stage and end up winning the event, it is hard to put into words how special it is. Playing for your country with a great group of guys don’t happen often, so when it does, all you can do is live in the moment and do whatever you can to win and be successful.”- Forward Gavin Brindley 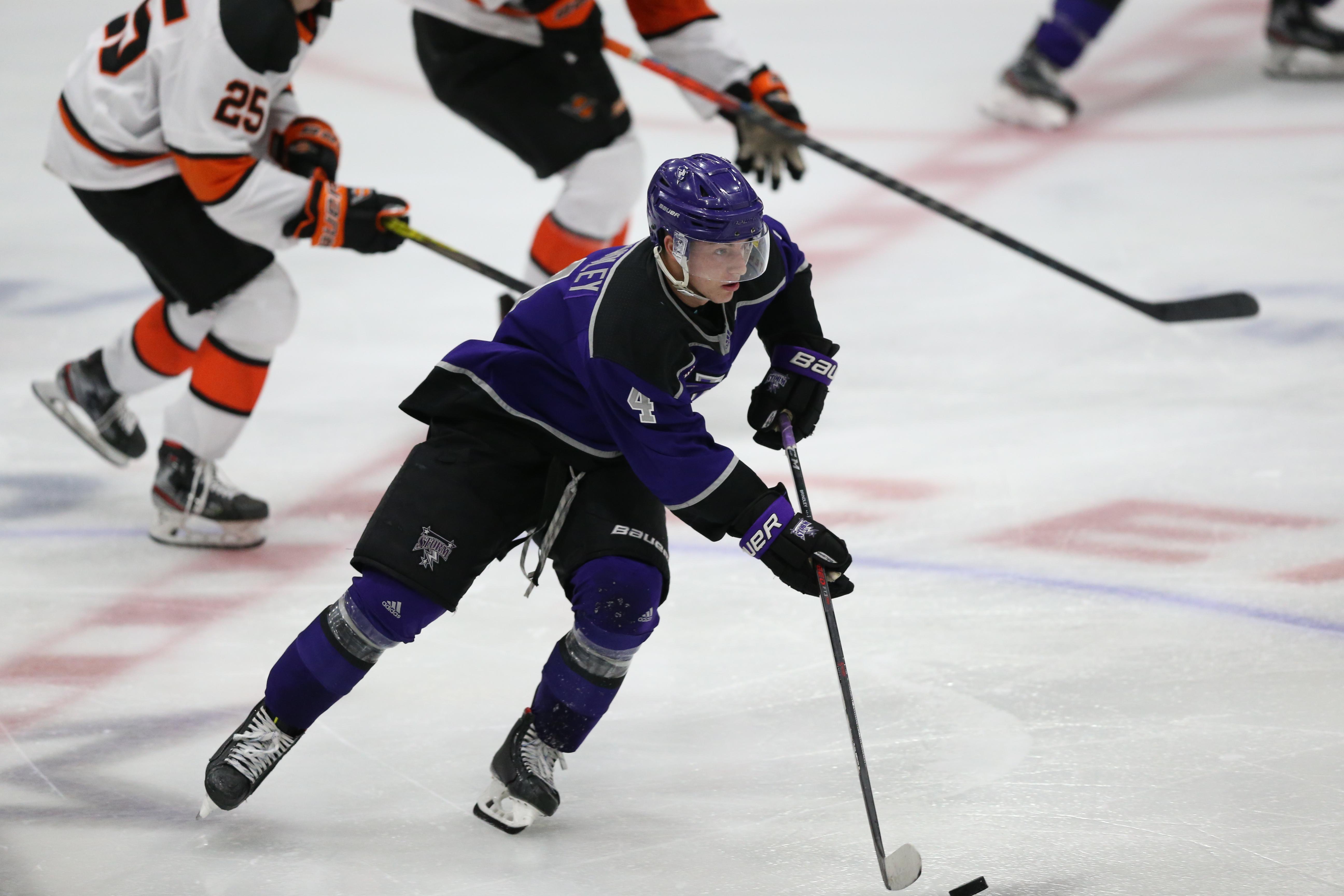