KEARNEY, NE. – The Tri-City Storm completed a weekend sweep of the Waterloo Black Hawks Saturday night at the Viaero Center in a 5-1 win. Christian Fitzgerald recorded his first career USHL goal and his first career multi-goal game in the victory. Tanner Adams, Cole O’Hara, and Ilya Nikolaev also netted goals for Tri-City in the win. Arsenii Sergeev made 27 saves on 28 shots to record the win in goal for the Storm. Tri-City will host the Des Moines Buccaneers in back-to-back games at the Viaero Center on November 19th and November 20th.

Tanner Adams scored his third goal of the season at 8:20 of the 1st period to give Tri-City a one-goal lead in the game. Christian Fitzgerald notched an assist on the scoring play. The Storm outshot the Black Hawks 13-6 in the 1st period and Tri-City carried a 1-0 lead into the 2nd period.

Mason Reiners tied the game on a shot at the 4:40 mark of the 2nd period. Reiners’ fourth goal of the season for Waterloo was assisted by Gavin O’Connell and Michael LaStarza. Cole O’Hara gave Tri-City a 2-1 lead with a powerplay goal at 8:46 of the period. O’Hara’s goal was his sixth of the year and was assisted by Ilya Nikolaev and Mitchell Miller. Christian Fitzgerald netted his first career USHL goal to increase Tri-City’s lead to two goals at 10:03 of the period. Graham Gamache and Tanner Adams each recorded an assist on the play. Ilya Nikolaev’s fourth goal of the season was scored just over one minute later to give the Storm a 4-1 lead. Cole O’Hara and Mitchell Miller each notched an assist on the scoring play. The final goal of the 2nd period was scored by Christian Fitzgerald at 19:08 of the 2nd period. Mason Wheeler recorded his first assist of the season on Fitzgerald’s second goal of the game. Tri-City outshot Waterloo 19-11 in the 2nd period and the Storm led 5-1 entering the 3rd period.

Neither team scored a goal in Saturday’s 3rd period and Tri-City won the battle by a final score of 5-1. The 3rd period included nearly 80 combined penalty minutes between the two teams. Waterloo finished the game with 80 penalty minutes and was 0/4 on the powerplay. Tri-City was called for 10 infractions and 42 total penalty minutes. Arsenii Sergeev improved to 8-1-0-0 in net for the Storm in the victory. Emmett Croteau recorded the loss in goal for Waterloo after making 38 saves on Tri-City’s 43 shots on goal.

1st Star of the Game was awarded to Christian Fitzgerald. Tanner Adams was named the 2nd Star of the Game, and Cole O’Hara collected 3rd Star honors. Saturday’s game was the second game in Tri-City’s current four-game homestand and was played in front of a crowd of 2,308 at the Viaero Center. The Storm improved to 11-2-0-0 in the victory.

Tri-City hits the ice again on Friday, November 19th in a home game against the Des Moines Buccaneers. Puck drop for the game is scheduled for 7:05pm CT. For the latest information regarding the Tri-City Storm skate to www.StormHockey.com. #StormAhead 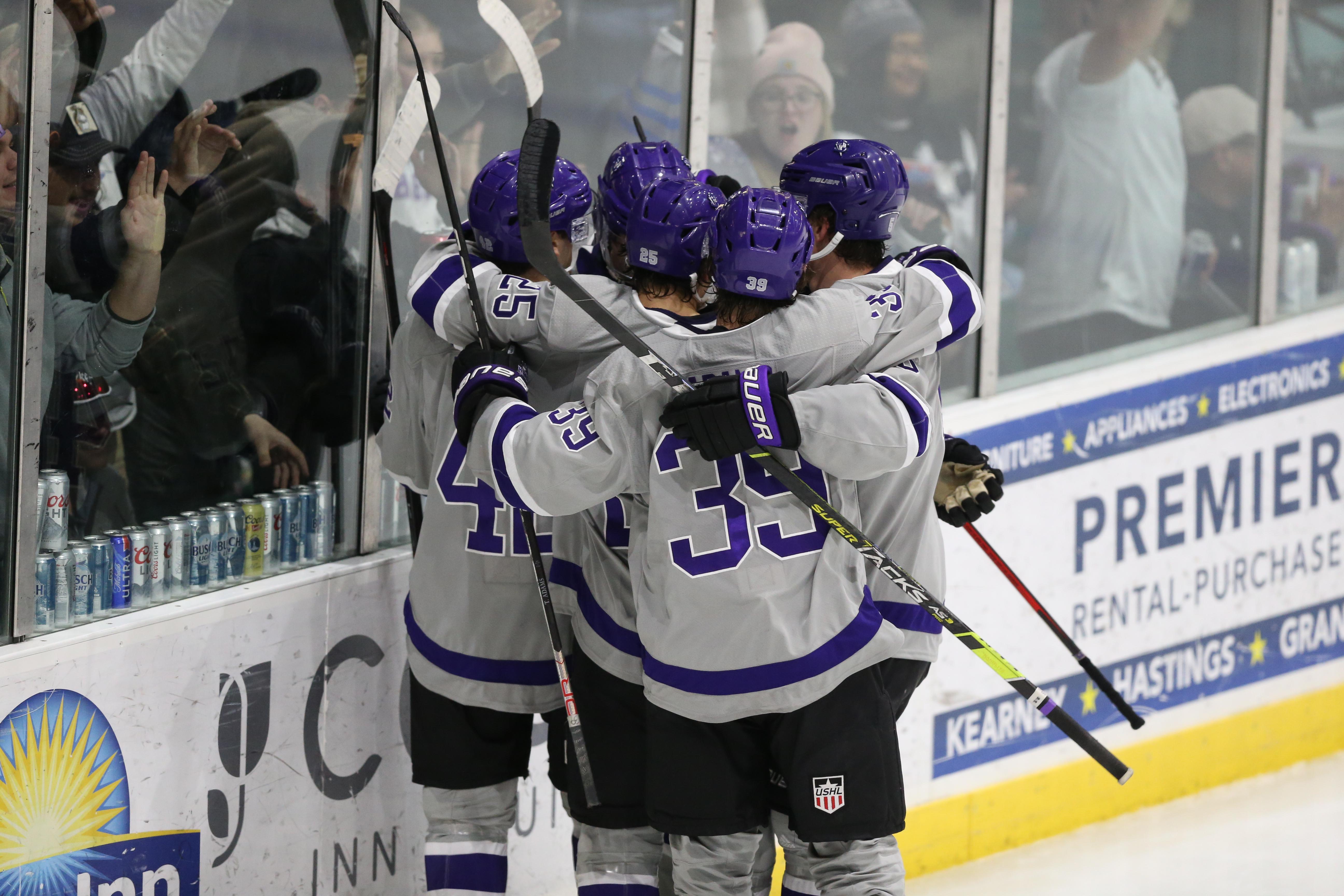