KEARNEY, NE. – The Tri-City Storm seeks a weekend sweep over the Waterloo Black Hawks and a season-best sixth consecutive victory tonight at the Viaero Center following last night’s 6-2 win in the organization’s annual Military Appreciation Night game. Tonight’s home game is Teacher Appreciation Night & UNK Night. Tickets are still available for tonight’s game and can be purchased by calling the Viaero Center Box Office at 308-338-8144 or by visiting www.StormHockey.com. The specialty jerseys worn in last night’s game will be raffled off during tonight’s rematch against Waterloo. Fans attending the game can participate in the raffle by visiting the purple tent on the Viaero Center concourse. Puck drop for tonight’s game is scheduled for 7:05pm CT.

Tri-City (10-2-0-0) defeated Waterloo on home ice last night for the second time this season by a final score of 6-2. Mitchell Miller, Graham Gamache, Cole O’Hara, Ilya Nikolaev, Aiden Dubinsky, and Jeremy Wilmer each scored in the victory. Arsenii Sergeev improved to 7-1-0-0 in net this season for the Storm after making 18 saves on 20 Black Hawks’ shots. Scoring leaders for the Storm include Jeremy Wilmer (7), Cole O’Hara (5), Mitchell Miller (5), Gavin Brindley (5), Graham Gamache (4), Ilya Nikolaev (3), and Lleyton Roed (3). Tri-City continues to lead the USHL’s Western Conference standings, and the Storm became the first Western Conference team to record 20 points in the standings in last night’s win over Waterloo. After posting weekend sweeps over the Omaha Lancers and the Sioux City Musketeers, Tri-City seeks a third consecutive weekend sweep in tonight’s game against Waterloo. Tonight’s game is the second game of the Storm’s current four-game homestand. Next weekend, Tri-City will play host to the Des Moines Buccaneers in back-to-back games at the Viaero Center on November 19th and November 20th.

Waterloo (7-6-0-1) enters tonight’s road game against the Storm seeking a bounce-back victory after surrendering the final four goals of Friday night’s game to fall to 0-2-0-0 in head-to-head games against Tri-City this season. Sam Rinzel netted his first career USHL goal in last night’s loss. Garrett Schifsky also scored a goal for Waterloo in the loss. Jack Williams yielded 6 goals on Tri-City’s 32 shots on net in last night’s loss. The Black Hawks have scored 38 goals this season and have allowed 44. Compared to Tri-City’s 5-0-0-0 record, Waterloo is just 4-4-0-1 when outshooting its opponents this season. The Black Hawks have been outshot in both matchups against the Storm this season. Following tonight’s road game against Tri-City, Waterloo will return home next weekend and will play six of its next seven games on home ice at Young Arena. The Black Hawks fell to 0-4-0-0 when trailing after the 1st period and 0-6-0-0 when trailing after the 2nd period in last night’s result. Tonight’s game will be the final regular season meeting between the Storm and the Black Hawks at the Viaero Center this season. The final three games of the six-game season series will be played at Young Arena on January 8th, March 18th, and March 19th. 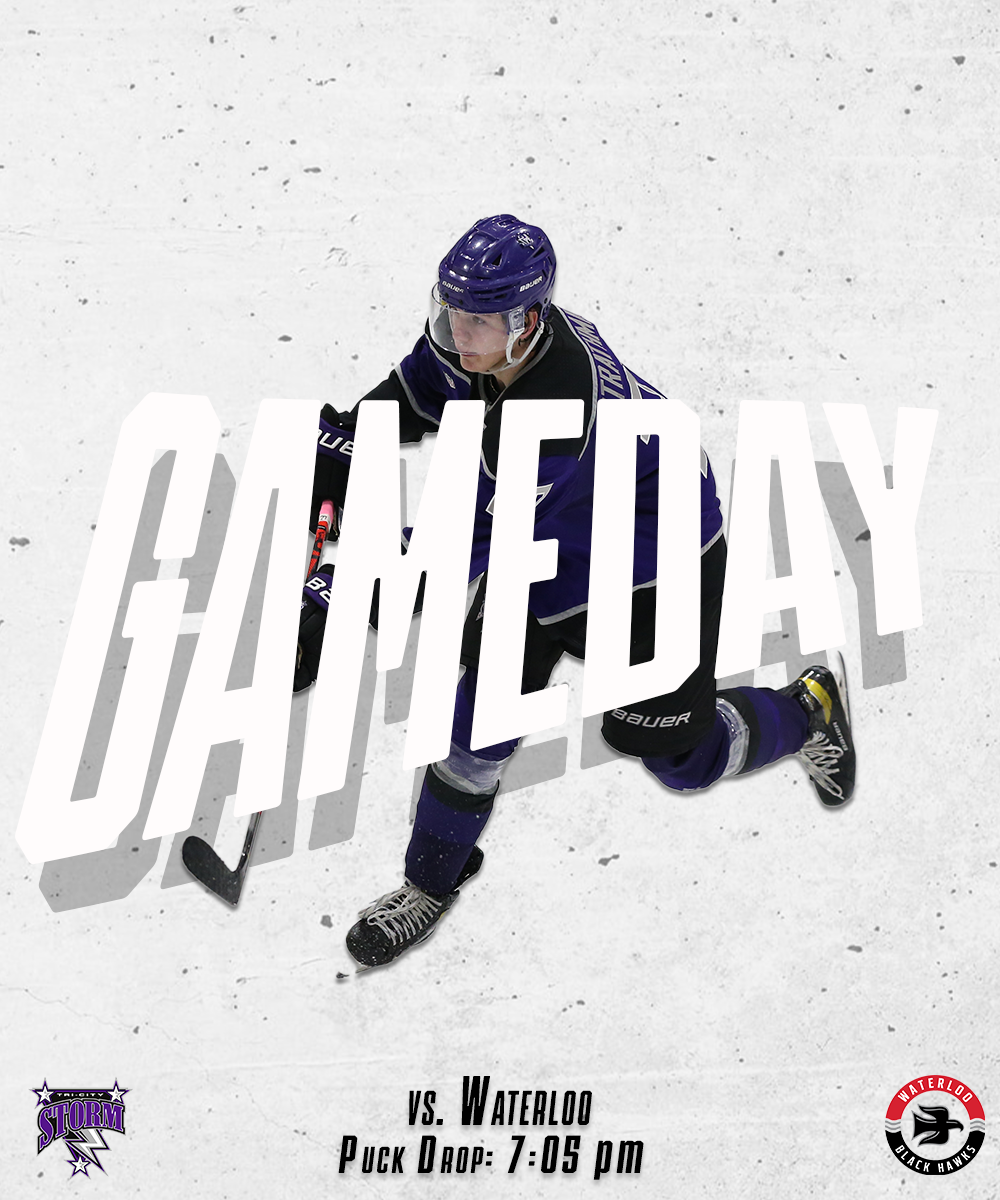