Coinciding with this transaction, defenseman Mason Wheeler has now rejoined the active roster from the USHL Injured Reserve List. In addition, defenseman Mario Gasparini will remain on the Storm’s Affiliate List, but has joined the Wenatchee Wild (BCHL) for the remainder of the season.

Parker Lindauer, 20, of Madison, Wisconsin, scored his first goal of the 2021-2022 regular season last Saturday in Tri-City’s 3-2 home loss to the Sioux Falls Stampede. He scored three goals and recorded four assists in thirty-five games played last year during his debut season with the Storm. Lindauer was selected 32nd overall by the Storm in the 3rd Round of the 2020 USHL Phase II Draft. Lindauer made his USHL debut on November 14th, 2020, in Tri-City’s 3-2 overtime victory over the Lincoln Stars. Lindauer notched his first career USHL goal on November 21st, 2020, in the Storm’s 3-2 overtime win at home over the Fargo Force. Before making his debut with the Storm last season, Lindauer previously skated for the Janesville Jets (NAHL). He scored fourteen goals and recorded seventeen assists in thirty-two games with Janesville during the 2019-2020 season.

“We would like to thank Parker for the type of teammate and competitor he was during his time in Tri-City.  He will be missed by all, and we wish him the best moving forward.” – President of Hockey Operations/Head Coach Anthony Noreen

“Parker Lindauer was a great player and teammate during his time with our club and we wish him all the best in this move to Muskegon. This trade should allow him to get a change of scenery and a different opportunity for an expanded role in the USHL, while for us, opening up some ice time for some of our first-year forwards who are rapidly improving.”- General Manager Jason Koehler 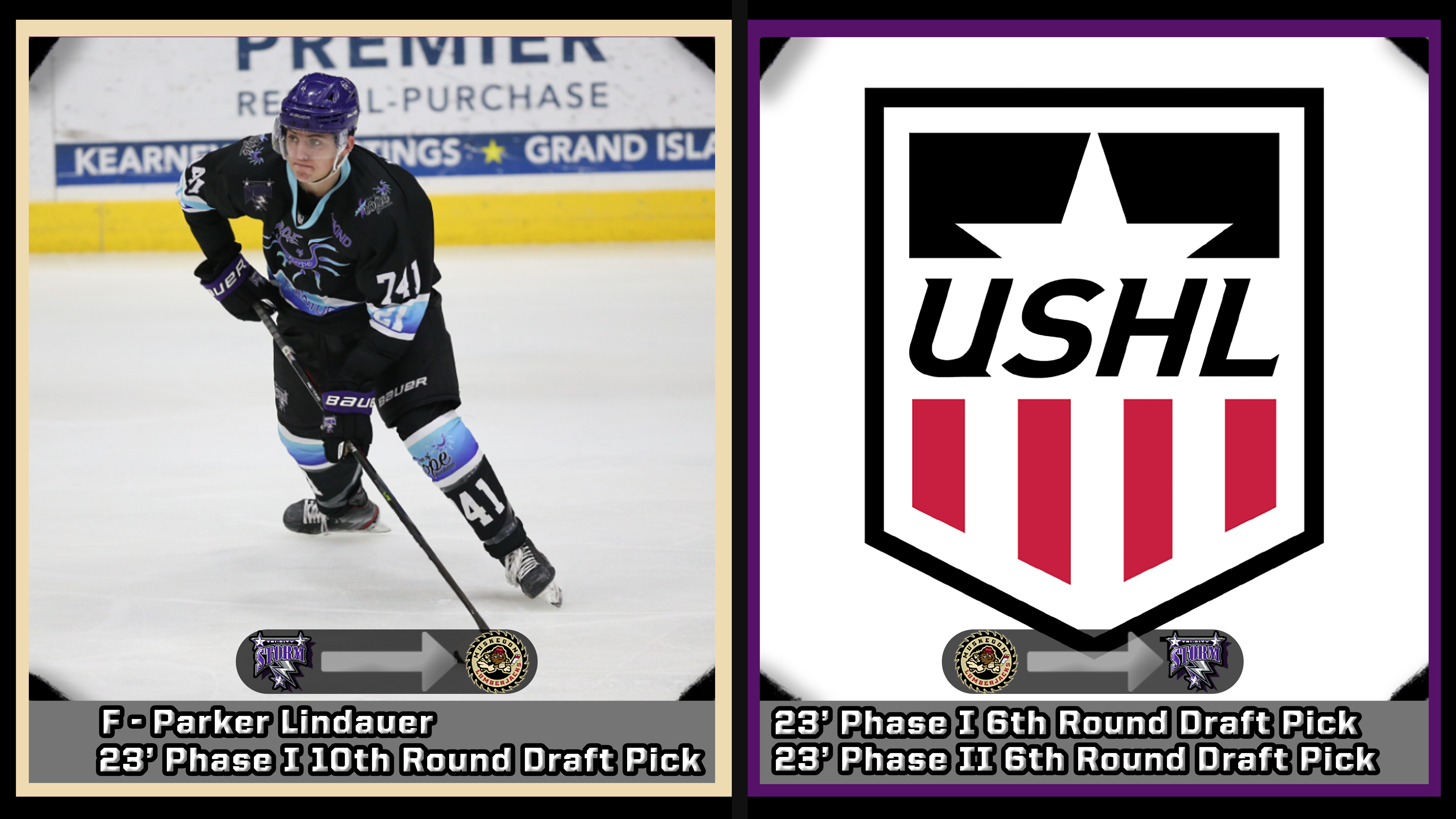